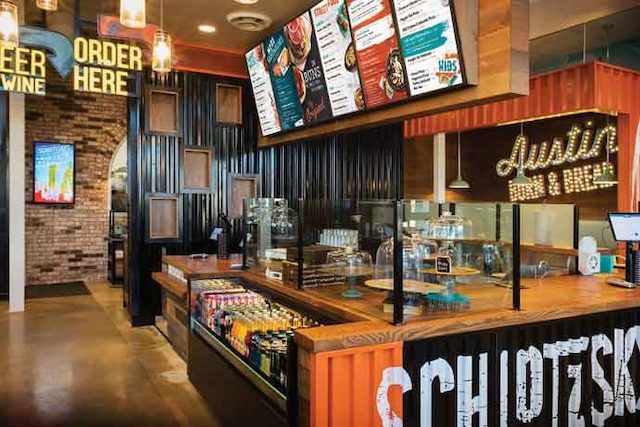 18 Things You Need to Know About the Schlotzsky’s Franchise

1.  In mid-August 2021, Schlotzsky’s announced that it had signed more than 75 deals so far during the year to develop new restaurants in New Mexico, Arizona, Oklahoma, and other markets across the U.S., putting the brand on a clear path to sign 100 new restaurant deals by the end of 2021. Celebrating its 50th anniversary in 2021, Schlotzsky’s recently evolved its prototype design to better serve guests and meet their demands for convenience and off-premises access, which in turn has led to favorable growth and development. Schlotzsky’s’ impressive pipeline is a testament to the brand’s strength and appeal to new and existing franchisees.

2.  Tory Bartlett, chief brand officer of Schlotzsky’s, said, “Over the past few years, we’ve recognized the need to evolve our restaurant design and provide flexible options to franchisees to develop in competitive real estate markets and urban areas. Since we launched our new prototypes and placed an added emphasis on accessibility and convenience, we’ve seen an increase in signed deals and overall franchisee interest.”

3.  With 87 percent of business already consumed off-premises, Schlotzsky’s worked to evolve its restaurant design to meet guest expectations. As a result, the sandwich leader launched Design 1000 and Design 1800 prototypes in Q4 2020 to expand off-premises capabilities with smaller real estate. Design 1000 offers two drive-thrus, one on each side of the restaurant, and space for a curbside pick-up window and Design 1800 has a single drive-thru and seating for 35 guests.

4.  While drive-thrus have always been a brand hallmark and are currently present in 85 percent of Schlotzsky’s restaurants, the new prototypes provide superior operational efficiencies to enhance speed of service and accuracy for delivery, to-go, and catering occasions. Moving forward, 99 percent of Schlotzsky’s locations will feature a drive-thru. The brand has also worked to streamline its menu, a change that has been well-received by consumers and that is helping to drive revenue growth.

5.  Veteran Schlotzsky’s franchisee JJ Ramsey opened the first Design 1800 location in Derby, Kansas on August 12 as well as a second modified version last summer in Mountain Home, Arkansas. Ramsey said, “It’s exciting to be a key player in Schlotzsky’s growth and evolution and we’re all looking forward to debuting the new prototype with enhanced operational efficiency. Meeting our guests’ wants and needs remains the number one priority and is critical to survive in today’s competitive market. We’ve learned that off-premises access is important to our guests and the new prototypes will drive sales for that important revenue channel.”

6.  In early February 2022, Schlotzsky’s launched a new lineup of freshly baked-from-scratch calzones. To introduce its new delicious calzone menu, Schlotzsky’s found the perfect Italian Ambassador. From being an international pop sensation with *NSYNC to becoming a TV host and established restaurateur, Joey Fatone has done it all. The only obvious choice left? Rebranding himself as Joey Calzone!

7.  “Do I like Italian food? Yes, I actually consider myself an expert,” said Joey Fatone. “And, nobody knows Italian food better than Joey Calzone, it’s literally in the name! That’s why I’m super excited to join forces with Schlotzsky’s to create my very own menu item and share my love for calzones with the world. The future is calzones!”

8.  Joey and Schlotzsky’s are teaming up to launch the new Fatone Calzone inspired by the superstar and his love for Italian flavors. But why should the deliciousness stop with just one calzone? Schlotzsky’s is expanding their mouthwatering menu with the introduction of two additional calzones including the BBQ Chicken and the French Dip, starting at $10.29.

9.  The baked-from-scratch calzone trio are jam-packed with fresh ingredients to satisfy any craving:

10.  According to Jennifer Keil, executive chef at Schlotzsky’s, “At Schlotzsky’s, we begin each day by baking made-from-scratch buns, pizza dough and now calzone dough in the restaurants across the country. Using the fresh ingredients and bold flavor combinations creates unique and craveable menu items, like our new calzones, that you can’t get anywhere else.”

11.  In mid-May 2022, Schlotzsky’s announced that it had opened its first Design 1000 restaurant in Oklahoma City. Introduced in Q4 2020 alongside the single drive-thru Design 1800, the Design 1000 features two drive-thrus, one on each side of the restaurant. The window on the driver side is for traditional drive-thru ordering and the passenger side window is exclusively for first-party and third-party delivery pickups. Now available to existing and prospective franchisees, this prototype is a nod to the brand’s commitment to off-premise access, featuring no indoor seating and a walk-up ordering window in addition to the double drive-thru.

12.  Shelley Harris, interim chief brand officer of Schlotzsky’s, said, “Over the past couple of years, we’ve been allocating resources and shifting focus to develop prototypes that offer increased convenience and ease of use for our guests. Design 1000 places an emphasis on off-premise ordering and takes these efforts up a notch. We know there is consumer demand for greater accessibility to their favorite Schlotzsky’s menu items, so this format, which is entirely focused on off-premise access, gives consumers what they are looking for and provides franchisees with a more compact restaurant design to consider for development.”

13.  Schlotzsky’s was founded in 1971 by Don and Dolores Dissman in Austin, Texas. The Dissmans opened the shop with only one item on the menu, an 8-inch muffuletta stuffed with three meats, cheeses, lettuce, tomato, olives, and dressing served on hot freshly-made sourdough bread. Their sandwich was inspired by the traditional muffulettas the Dissmans ate in an Italian grocery store in New Orleans’ French Quarter. The Dissmans’ sandwich was so unique to Austin locals that it was an immediate hit.

14.  The Dissmans decided to start franchising Schlotzsky’s in 1977. Over the next few years, Schlotzsky’s grew around the Southeastern U.S. and by 1981, there were 100 stores in operation. That same year, the Dissmans decided to retire from the sandwich business, so they sold the company to Austin real estate investors John and Jeff Wooley and Gary Bradley. A year later, Bradley split with the Wooleys when he took the real estate business and the Wooleys kept Schlotzsky’s.

15.  The Wooleys pushed Schlotzsky’s expansion and also added several new items to the menu, including specialty pizzas, toasted wraps, freshly tossed salads, gourmet soups, Panini, and other items. Over the next few decades, Schlotzsky’s continued to grow and the company hit its peak in 2001.

16.  In 2004, Schlotzsky’s filed for voluntary Chapter 11 protection in U.S. Bankruptcy Court in San Antonio, Texas, reporting liabilities of approximately $71.3 million and assets of approximately $111.7 million. Following the bankruptcy, Schlotzsky’s came under new management, which strengthened the brand’s franchising efforts and implemented a restructure.

17.  Two years later, in 2006, Schlotzsky’s was acquired by Focus Brands, an affiliate of private equity firm Roark Capital Group, parent company of Moe’s Southwest Grill, Carvel, Cinnabon, Jamba, and Auntie Anne’s. Today, there are Schlotzsky’s locations primarily around the Southern and Southwestern United States, but the brand has been expanding into other regions of the country.