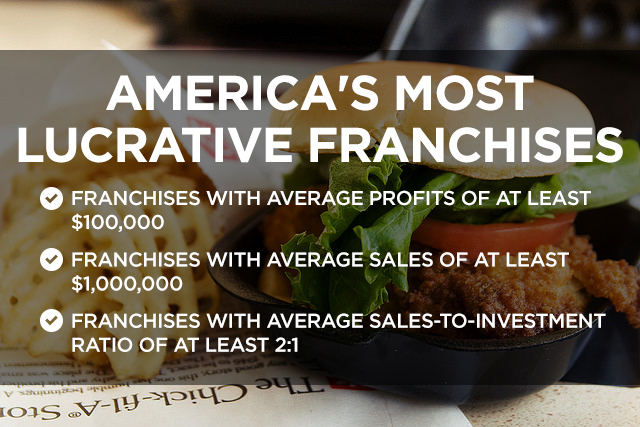 Many people dream about having their own business, and a franchise can be a great way to achieve that dream. Over the years, the question people most often ask me is this: Which one franchise is the best investment?

They are always a little bit disappointed with my answer because I tell them to read through all of my FDD Talk posts, where I analyze the Item 19 financial performance representations of individual franchises.

There is no substitute for conducting your own thorough research. When you think about some of the biggest decisions you can make in life, such as getting married, buying a home, and so on, deciding to take on a franchise would definitely qualify. It’s a huge decision, and you want to take the time to get it right by doing your own due diligence.

Having said that, I understand that reading all my FDD Talk posts would take up a lot of time because I’ve literally reviewed hundreds of franchises since 2011. But I also know there are standout franchises that seem to consistently do well on a number of key financial performance metrics. Naturally you’d want to know more about those particular franchises.

So I’ve decided to come up with my own list of America’s Most Lucrative Franchises.

My listings are based on what I consider to be the top three metrics that give you a snapshot of the franchise’s strength:

To make it onto my lists of the most lucrative franchises, a franchise has to meet or exceed certain thresholds for at least one of the three key performance metrics. It must have an

Each key performance metric will have its own list of franchises that meet or exceed the threshold so you can easily see which ones are so good that they make it onto all three lists.

Also know that each list will be compiled from the current year’s FDDs, so you’ll know they’re based on the latest information. But you’ll also have access to the lists from previous years (going back to 2015) so that you can track how the top franchises are doing year by year.

Franchises that do not appear on any of the lists are those that either don’t meet the criteria I laid out above, or don’t provide the information in their FDD.

The three different lists will be updated often because new FDDs are coming out all the time and I review several of them a week. Those that meet the criteria will be added to the appropriate list(s) by the end of the week.

What I’m doing with these lists is quite different from the two most popular franchise listings, Entrepreneur Magazine’s Franchise 500 and Franchise Business Review’s Top 200 Franchises.

The Franchise 500 focuses on financial strength and stability, growth rate, and size of the system. It also considers the number of years a company has been in business and the length of time it’s been franchising, as well as startup costs, litigation, percentage of terminations, and whether the company provides financing.

The Top 200 Franchises are selected on the basis of franchisee satisfaction with the business and the company supporting it.

While those are all important considerations, the biggest reason people get into a franchise is to make money. I know this because I was once a franchisee myself, and because of all those people constantly asking me which franchise they should choose.

Keep in mind that just because a franchise appears on one or more of the lists doesn’t mean it’s a slam-dunk choice for you (remember there are your interests, priorities, and abilities to consider), but at least you’ll know it’s a solid choice based on the three key performance metrics.

And now, without further ado, I present to you America’s Most Lucrative Franchises!

Franchises With an Average Sales-to-Investment Ratio of At Least 2:1