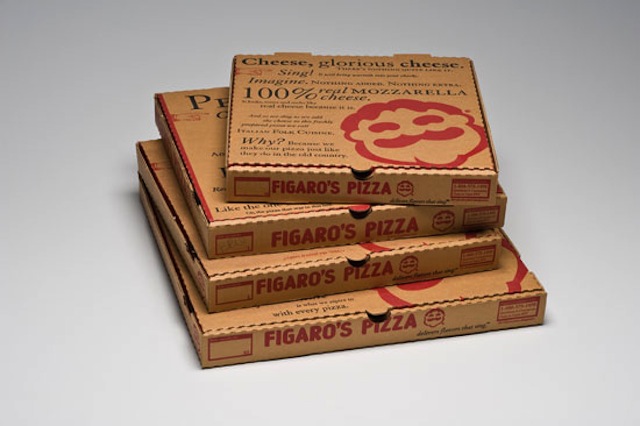 1.  In early February, Figaro’s Pizza, Inc. announced that the company had chosen Asbury Design – a relationship-focused agency in Eugene, Oregon with an extensive background working with similar clients – as its Agency of Record. Asbury will lead the brand’s advertising, digital and social media, public relations, and design strategies.

2.  Holly Earle-Schultze, Director of Marketing for Figaro’s Pizza, said, “We are excited to start this long-term relationship with Asbury and are confident their experienced team will be able to take our stores to the next level. I feel they are a perfect fit for our brand and am excited to work with knowledgeable staff.”

Giving Back Through H.E.L.P. Organization

3.  Figaro’s Pizza franchisees give back to their local communities through H.E.L.P. (Helping Education with Love and Pizza), the company’s charitable organization that gives grants to teachers, church youth groups, bands, and athletic teams. The funds used for the grants are raised by franchisees at their Figaro’s Pizza locations. H.E.L.P. chooses the recipients of the grants based on need and creativity, with priority given to innovative projects that are designed to improve student learning.

4.  Educators and volunteers associated with the school may apply for grants with school approval and people involved with nonprofit organizations such as church youth groups, bands, and athletic teams are also encouraged to apply for the grants. Figaro’s Pizza says that grants start at about $100, but will often be more depending on the availability of funds.


5.  In early May, the Figaro’s Pizza location in John Day, Oregon gave out a total of $725 in grants to four teachers at Humboldt Elementary School. The owner of that location, Pete Teague, says that the grants are available twice a year and that the program is a “win-win” for his community because “people get to buy pizza and eat it, and a portion goes back to the schools.”

6.  In October, Dan and Shaye Branson purchased the Figaro’s Pizza in Madras, Oregon from Tom Hansen, who retired after selling the store. The Madras location is one of the oldest in the Figaro’s Pizza system as Hansen had spent 20 years running the restaurant and making it a staple of the local community.

7.  Dan Branson, who spent the past 20 years working as a global sourcing and new product development executive for consumer goods, said that he has always dreamed of owning his own business. The Bransons will be offering a new lunch service starting at 11 a.m., with $3 to $7 specials, personal-sized pizzas, side salads, and pizza by the slice. They are also offering free lunch deliveries to the local business community on orders over $20.

8.  Figaro’s Pizza was founded in 1981 by Corkey Gorley and Al DeBacker in Salem, Oregon. Gorley and DeBacker wanted Figaro’s Pizza to meet the needs of the busy families of the 1980s, an era when both parents often worked outside of the home. By the mid-1980s, there were four Figaro’s Pizza locations in the area and in 1986, Ken Robertson bought the company and directed its steady growth, with franchising starting that same year.

9.  The company was sold again in 2001 to Ron Berger, a 35-year franchise veteran. Berger created an infrastructure to support new stores and franchisees, positioning the company for growth. After hitting a high of over 120 units in 2008, Figaro’s has closed a significant number of stores. Today, there are only about 42 U.S. locations and seven locations in the Middle East.

Next post: The 25 Best Hamburger Franchises of 2022 (Updated Rankings)