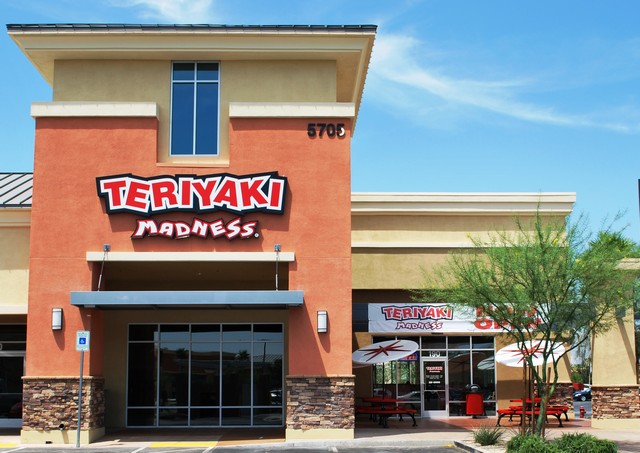 11 Things You Need to Know About the Teriyaki Madness Franchise

2.  Kevin Hein, Haith’s long-time attorney, came up with the idea to use the 1031 asset exchange to purchase Teriyaki Madness. The asset exchange is a section of the IRS tax code that allows investors to buy and sell similar types of assets and defer taxes, as long as it’s done in 180 days.

3.  Haith, who was part of the consulting firm, Franchise Sherpas, was brought on as an investor in Teriyaki Madness by the company’s three founders in 2012. Haith says that he wanted to buy the company in order to start a larger franchise program.

4.  According to Haith, the transaction was difficult and emotional for the three founders, but he feels that they were relieved in the end. The three founders are now franchisees who own the original seven shops in and around Las Vegas.

5.  At the same time of the transaction, Haith bought out his colleagues in Franchise Sherpas, shuttered the firm, and now operates through M.H. Enterprises. Haith says he feels that Teriyaki Madness is “going to be a big one” and is now using all his energy to make sure the franchise grows successfully.

7.  Last August, Teriyaki Madness’s competitor Panda Express, unveiled the limited-time offer General Tso’s Chicken served with a red plastic chork, a hybrid utensil that is part fork, part chopsticks. Although Panda Express did not roll out the chork nationwide, it was available at a press event for the launch and subsequently garnered social media attention.

9.  The first Teriyaki Madness was opened in 2003 by brothers Alan and Rod Arreola, and their cousin Eric Gamma, in Las Vegas, Nevada. The trio wanted to bring Seattle-style teriyaki rice bowls to another part of the United States. The founders also wanted to offer a healthier alternative to fast food and give customers a bit more choice in customizing their food.

10.  Teriyaki Madness began franchising in 2005 and continued to open locations in the Las Vegas area. The year 2013 marked the first time that the franchise opened a location in another state. Today, there are over 40 Teriyaki Madness restaurants in the U.S. with plans to open in new markets over the next few years.

11.  Teriyaki Madness debuted on Entrepreneur’s annual Franchise 500 list this year at No. 330. Although the company has been franchising for over a decade, growth had remained moderate until recently.