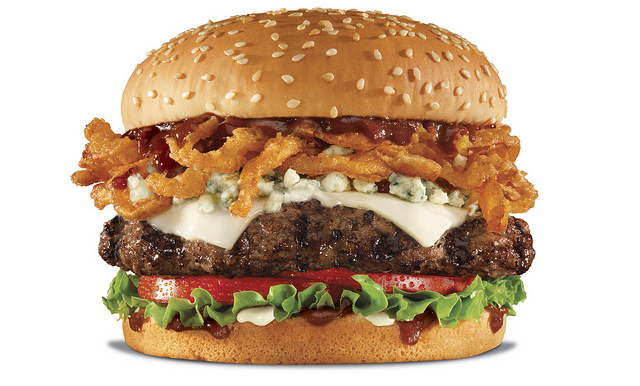 How One Hot Dog Cart Turned Into a Fast Food Empire

Carl’s Jr. began its life as a small hot dog cart purchased by Carl Karcher and his wife Margaret in 1940 in Los Angeles, CA. Within a few short years, they turned this initial cart into four more hot dog carts throughout L.A.

In 1956, Karcher opened two smaller versions of his barbecue restaurant in Anaheim and Brea, CA and dubbed them Carl’s Jr. By the end of the 50s, there were four Carl’s Jr. restaurants in the Orange County area, which were run by Karcher’s younger brother Donald, who would later become the company’s President.

By the 60s, the Karchers were operating more than 20 restaurants. They incorporated in 1966 to become Carl Karcher Enterprises, Inc. This was also when they revamped the menu at their Carl’s Jr. locations by adding quick-serve charbroiled hamburgers, hot dogs, fries, and malts. The 60s also saw the birth of their iconic mascot Happy Star.

Over the next few decades the company continued to expand, and by the early 80s, Carl Karcher Enterprises became a publicly-held company. They officially began franchising in 1984.

The 90s would bring great change to the company and sow the seeds for their current business model. In 1993, Karcher was ousted as Chairman by the Board of Directors after they began clashing over marketing and business practices. Around this time, Carl Karcher Enterprises became a wholly-owned subsidiary of CKE Restaurant Holdings, Inc. In 1997, CKE Restaurants acquired Hardees, and revamped the menu of the struggling franchise into the one from Carl’s Jr.


The two restaurant chains became very similar over the years; Carl’s Jr. would remain the name of the restaurants in the West Coast and Southwest, while Hardees was the name for the rest of the locations in the Midwest, South, and East Coast of the U.S.

In July 2010, CKE Restaurants Holdings, Inc. was acquired by Columbia Lake Acquisition Holdings, Inc., an affiliate of Apollo Management VII, L.P. allowing CKE to continue to grow and succeed as a privately-held company under the ownership of Apollo.

The company changed hands again on November 20, 2013, when Roark Capital Group agreed to acquire CKE from Apollo for $1.65–$1.75 billion. As of March 2016, CKE (the parent company of Carl’s Jr. and Hardee’s) has a total of 3,664 franchised and company-operated restaurants in 44 states and 38 countries and U.S. territories.

Moving Their Headquarters From California to Tennessee

In early 2016, CKE Restaurants announced that it would be moving the Carl’s Jr. headquarters from Carpinteria, CA to Nashville, TN. In addition to moving Carl’s Jr.’s HQ, CKE is moving Hardees’ HQ and consolidating them into one new location. This relocation is slated to begin this year.

According to CKE, the move is because of the company’s success at re-franchising company-owned locations. They say that being highly franchised means they can reduce their office space needs and consolidating both offices was the way to go.

However, many people believe that the move was done so that the company can continue to grow while maximizing profits. CEO Andrew Puzder has spoken openly against California’s strict business regulations and high taxes. Puzder stated that Carl’s Jr. could not continue to grow in the state because “[California] is not interested in having businesses grow.” He noted that it takes 285 days to get a building permit after signing a lease, which means that the chain has to pay rent for over nine months while not making any revenue.

Tennessee is one of the fastest growing states and they have no income tax, while the highest income tax rate in California is 13%. This move can save the company millions of dollars in taxes a year while allowing them to expand quicker under looser business regulations.

In early 2016, CEO Andrew Puzder stirred up some controversy when he announced that he was interested in opening a fully automated Carl’s Jr. restaurant. Puzder says “We could have a restaurant that’s focused on all-natural products and is much like an Eatsa, where you order on a kiosk, you pay with a credit or debit card, your order pops up, and you never see a person.”

The CEO admitted that the rising costs of employee wages are part of the reason he wants to implement full automation. He is an advocate against raising the minimum wage and sees automation as the solution to go against all the recent talk of the government providing living wages to employees.

Critics of this plan suggest that full automation would make people uncomfortable, but Puzder claims “Millennials don’t like seeing people.”

Though there are no concrete plans for implementing a fully automated Carl’s Jr. any time soon, Puzder planned to roll out a small-scale kiosk selling a small selection of their items in the near future.

On December 8, 2016, Puzder was nominated by then-President-elect Donald Trump as his Secretary of Labor. Puzder is still awaiting confirmation.

Since Carl Karcher’s exit from the company in the 90s, Carl’s Jr. shifted directions and decided to target a young male demographic. They first began their “If it doesn’t get all over the place, it doesn’t belong in your face” ad campaign in the mid-90s. These first commercials were fairly tame, featuring attractive young people eating Carl’s Jr. burgers with condiments dripping all over their bodies. Over the years, their ads have become increasingly more lewd, drawing a lot of criticism for depicting scantily clad women sexualizing their burgers.

Through the years, they have used barely-clothed supermodels and actresses in their commercials, including Heidi Klum, Kate Upton, Padma Lakshmi, and Paris Hilton. Their latest innuendo-filled commercial features swimsuit models Genevieve Morton, Emily Sears, Elena Belle, and their newest menu offering, the Bacon 3-Way Burger. The burger itself debuted in July 2016 and is a 1/3-lb patty topped with three different types of bacon served on a brioche bun.

Consistently in the Top 100 of Entrepreneur’s Franchise 500