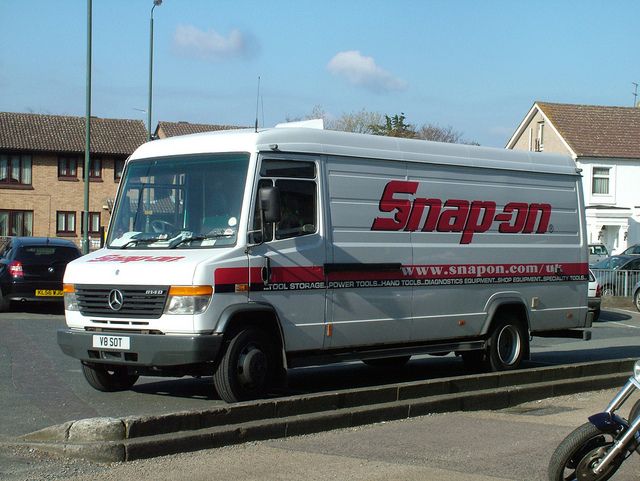 18 Things You Need to Know About the Snap-on Franchise

1.  In early February 2022, Snap-on reported its 2021 fourth quarter and full-year financial results, showing gains in sales and profit during the October-December period, though sales grew at a considerably slower rate than the previous quarter. The company posted total Q4 sales of $1.11 billion, up 3.2 percent year-over-year, with organic sales up 2.3 percent. It followed 10.2 percent growth in Q3. On a pre-pandemic comparison vs. 2019, Q4 sales increased 16.0 percent, with organic sales up 13.0 percent.

3.  Nick Pinchuk, chairman and CEO of Snap-on, said, “Our fourth quarter performance was encouraging, as it reflects our continued upward trajectory, reaching new heights in sales, profitability and earnings, directly in the face of the ongoing pandemic, rising inflation and varying supply chain inefficiencies.”

5.  As most industries continue to face supply chain issues, Nick Pinchuck, chairman and CEO of Snap-on, pointed out during an earnings call in late October 2021, that the company’s business model protects it from the issues currently hitting other industries. Pinchuck said, “We found opportunities on our runway for growth and improvement even amidst these challenging times, and you can see it in the numbers, encouraging.”

6.  Snap-on reported net sales of $1.04 billion for its third quarter, a 10.2% increase from 2020 and up 15.1% from 2019. Net income also improved from $179.7 million to $196.2 million. Pinchuk said the company’s direct selling model and strong brand position allow it to be more agile in pricing while vertical integration and a shorter supply chain make it less vulnerable to supply issues. When shortages do occur, he pointed to the company’s more than 80,000 SKUs and broad product line as a tool to sell around shortages. Pinchuck added, “It’s not like we weren’t without impact, but we kind of overcame it.”

7.  Asked if there are any areas where issues did occur, Pinchuk said he might have expected to see it in the commercial and industrial segment, which has a wide range of products. “You might have a kit with 1,000 items in it and you have to ship it complete, yet that business was up pretty well in the quarter,” he said.

8.  The C&I segment reported a 14% increase in net sales to $351.4 million and increased operating earnings by $10.5 million to $53.6 million. Pinchuk said Snap-on’s vertical integration means the company is not buying a lot of items. “Most of the stuff is in our house,” he said, adding that the company does buy steel in the U.S. along with sourcing computer chips from the U.S. where possible.

9.  Pinchuck added the company is “very aggressive in spot buying.” “We go out and spot buy because we don’t buy large quantities of any one thing,” Pinchuk said, noting the difference with automakers who might be locked in with a supplier and then face challenges when a port shuts down because of COVID cases or some other disruption.

10.  He added, “That’s why we are not seeing so much in terms of shortage. It may be still a little cost increase, but then we’re agile pricing. So we don’t have such a big problem in that regard. I’m not saying we’re not actively working because, boy, our people are putting a lot of energy into it, but if you look at the numbers, pretty well managed.”

11.  Even with potential advantages in dealing with supply chain issues, Pinchuk said Snap-on isn’t necessarily in a position to capture business from competitors that may be facing more constraints. “Our technicians either decide to buy Snap-on or they decide to buy another group of products,” he said, noting a technician likely wouldn’t opt to buy a Snap-on tool just because their preferred brand isn’t available. “It certainly puts us in a better position to grow and probably capture new customers who might not be serviced by these people,” Pinchuk said. “There’s some of that, I think.”

12.  Snap-on was founded in 1920 by Joseph Johnson and William Seidemann in Milwaukee, Wisconsin. Johnson and Seidemann were engineers who worked together. At the time, more people were buying cars and Johnson felt that professional mechanics needed better tools to make their jobs easier. So Johnson and Seidemann began developing a new kind of wrench. They eventually came up with a set of five wrench handles with ten interchangeable sockets.

13.  Johnson and Seidemann used their two demo sets and some brochures to sell over 500 C.O.D. orders. To build on their initial success, Johnson and Seidemann consulted with Stanton Palmer and Newton Tarble to market and sell their product. To facilitate the demand for the Snap-on wrenches, a large factory was built in Milwaukee.

14.  Palmer and Tarble identified other cities where they felt Snap-on could be successful and the company opened more branch offices to reach more customers. By 1925, there were 17 branches and 165 salesmen selling Snap-on hand tools direct to mechanics. While the company continued to grow, Johnson continued to innovate. He created the No. 6 Ratchet, which was the first ratcheting attachment Snap-on produced.

15.  To survive the Great Depression and World War II, Snap-on implemented novel practices that would later become standard across many industries. Snap-on salesman knew that people didn’t have money, but began asking them what they would like when they did have money later. This was the world’s first wishlist, which Snap-on initially called “Dream Orders.”

16.  Snap-on also began offering “Time Payment” selling, or “T.P.” The program allowed mechanics to earn and use their tools while they paid off what they owed. This program still exists today and is known as the Revolving Account payment plan.

17.  Snap-on continued to grow both domestically and internationally over the next few decades. In 1990, the company decided to start franchising. To stay relevant, Snap-on has consistently added new tools to its catalog and has adapted to newer technologies. Today, Snap-on is a widely recognized brand and one of the largest tool manufacturers in the world.

Number and Percentage of Franchisees Reporting Per Paid Sales Level