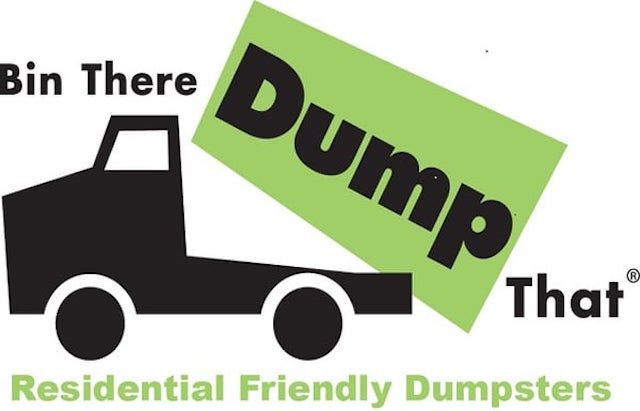 2.  Local entrepreneur franchise owners at Bin There Dump That are proud to be part of that success story. “Our franchisees offer home and business owners a unique dumpster rental experience with an attention to detail which is not common in the dumpster rental industry,” said Kernaghan. “We know that our customer-focused approach works, because our business and our franchise network continue to grow.”

3.  Bin There Dump That’s residential friendly dumpsters range in capacity up to twenty yards to accommodate a wide variety of residential projects from simple clean-ups to major renovations. Kernaghan added, “The difference with our dumpster experience goes beyond ease of delivery in space-restricted neighborhoods and our clean, attractive containers. Our focus is on providing the best solution and the best service to each customer, based on their project, their property configuration, and their budget.”

4.  For example, says Kernaghan, each Bin There Dump That dumpster delivery includes:

5.  On a final note, Kernaghan said, “Our franchisees are local business owners, serving their local communities. They can deliver a dumpster in 24 hours – or even less – in most cases, and they are always ready to answer your questions. They want that final step in your cleanup or renovation project to be easy, convenient, and professional.”

8.  For Top Recession-Proof Franchises, Franchise Business Review’s study included a survey of 33 benchmark questions, including questions about critical areas of franchise systems such as training and support, operations, franchisor/franchisee relations, and financial opportunities. Franchising has historically performed well during recessions and offers business owners a leg up against their competitors; this business structure is designed to innovate, survive, and recover much faster than independently-owned businesses.

9.  The Best Franchise Culture Award was given to several brands whose franchisees reported great work/life balance, and Bin There Dump That received praise from numerous members of its operations team. The company has helped its operators build businesses through its National Relationships programs, and the brand is known for its top-rated customer service standards. After joining the team, operators can receive a week of hands-on, classroom-style training at the Bin There Dump That headquarters in Mississauga, Ontario, Canada, in addition to the annual convention and ongoing training events.

10.  Bin There Dump That was selected for Franchise Business Review’s list of Top 2021 Franchises for overall franchisee satisfaction. The brand says it’s proud to offer its franchisees a time-tested system with world-class customer service, quality expectations, and transparent financial outcomes.

11.  Bin There Dump That was founded in 2002 by Mark Crossett in Toronto, Canada. Crossett was working as a general contractor when he saw that there was a need for a better way to get rid of construction demolition waste. He developed a more “residential friendly dumpster” that was strong enough to remove demolition waste or residential trash. Crossett’s services were a hit.

Previous post: How Much Is a Plato's Closet Franchise? (Detailed Franchise Costs)

Next post: 31 Substantial Fees Every Footprints Floors Franchisee Needs to Know About