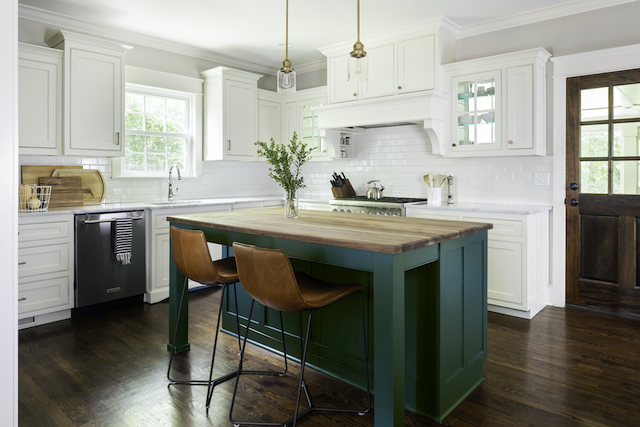 1.  In mid-March 2021, as the pandemic has forced consumers to spend more time at home than ever before, demand for home improvement projects continues to surge with Entrepreneur magazine naming the industry as one of the hottest franchise categories in 2021. N-Hance Wood Refinishing has seen the demand first-hand with some franchise owners reporting double-digit increases in consumer leads year-over-year.

2.  With increased demand and record-breaking systemwide performance, the brand has announced plans to add over 40 new territories throughout Texas, secured through strategic partnerships, within the next five years. Leveraging a strong fourth quarter performance in 2020 where year-over-year systemwide sales grew 29%, the N-Hance franchise network is kick-starting development goals, ramping up franchise development in the Lone Star State.

3.  According to D’Wayne Tanner, senior vice president of franchise sales for N-Hance Wood Refinishing, “Over the last few years, we’ve brought in several exceptionally strong franchisees across the state who’ve collectively raised the bar and created a great culture and reputation for our services. We look forward to continuing this legacy as we create new opportunities for entrepreneurs throughout these target development markets. We are seeing interest from entrepreneurs who already own other types of home improvement businesses looking to diversify their portfolios, as well as from people seeking entry into the booming industry with a franchise that has a proven track record of success.”

4.  N-Hance’s ability to innovate and adapt throughout the pandemic has allowed the brand to remain steadfast and focused on growth. By quickly pivoting to support social distancing, the brand developed a process for virtual consultations that are easily executed via phone, computer, or tablet, leaving consumers with a complete proposal, along with warranty, payment options, and availability to complete the project. This has allowed N-Hance to continue meeting all-time high demand, reporting its best sales quarter in history in Q4 2020.


5.  In mid-January 2022, N-Hance Wood Refinishing reported that demand for home improvement projects remains steadfast – especially as the pandemic-inflected increase in time spent around the house becomes the norm and home costs continue to rise across the country. The brand said that some franchisees reported double-digit increases in consumer leads year-over-year. Prospective franchisees are taking note as N-Hance closed out 2021 with more than 25 new franchise openings and projects to award 40 franchises this year.

6.  While homeowners turned to Do-It-Yourself projects throughout 2020 and 2021, there’s a trend in leaving projects such as big kitchen remodels, home office, and flooring to the professionals, according to the Leading Indicator of Remodeling Activity. N-Hance’s multi-service offerings model continues to drive revenue for franchisees, while providing customers with quality work.

7.  For example, cabinet door replacement has helped grow N-Hance’s average ticket price to nearly $5,000 over the past few years, while reducing labor. Around 53% of its franchisees are offering this service through N-Hance’s preferred vendor, with it generating around 27% of their revenue. All of N-Hance’s cabinet services offerings account for 79% of total revenue.

8.  D’Wayne Tanner, senior vice president of franchise sales for N-Hance Wood Refinishing, said, “With a strong consumer demand for large-scale home renovations, we have worked hard to equip our franchisees with the right tools and resources to deliver on every project and consumer need. Their success is our success. We had a great 2021 which has put us in a position to have an even better 2022. We look forward to raising the bar and accelerating our development strategy, leveraging the surge in the home services industry to continue to meet all of our growth and performance goals.”

9.  The brand’s achievements have not gone unnoticed as the franchise industry has honored N-Hance with several recent award wins including earning a spot on Franchise Times’ prestigious 2021 Top 400 ranking, which names the largest U.S.-based franchise systems by systemwide sales to better encompass the biggest brands in franchising along with promising concepts in growth mode.

10.  In the midst of the booming home services industry, N-Hance franchisees have an advantage through access to one of the most comprehensive initial and ongoing training programs in the industry. N-Hance is also an affordable, highly scalable opportunity with strong profit potential. The initial investment to begin operations of a new N-Hance franchise ranges from $52,369 to $168,747, and the top quartile of franchisees average over $840,000.

11.  N-Hance Wood Refinishing was founded in 2001 by Harris Research Inc. (HRI), the company behind Chem-Dry Carpet Cleaning. A few years earlier, HRI began research into the wood refinishing industry after many Chem-Dry franchisees reported that clients had damaged wood floors.

12.  From 2001 to 2003, HRI launched beta-franchises for N-Hance in Salt Lake City, Utah. HRI realized that many companies can sand the finish right off the floors and refinish them, but very few offer the broad line of products that coincide with other finishes and cleaners.

13.  Following the success of the beta-franchises, HRI officially launched a national franchising program for N-Hance Wood Refinishing. Building on the success of Chem-Dry, HRI was able to quickly grow N-Hance and by 2018, there were 500 locations around the U.S.

Next post: 21 Substantial Fees Every Nurse Next Door Franchisee Needs to Know About