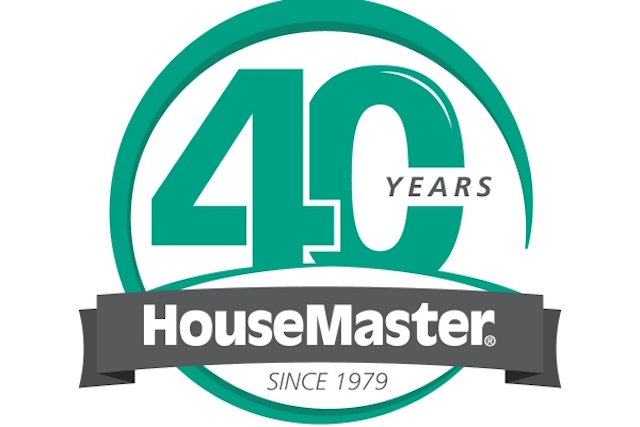 2.  HouseMaster’s guaranteed inspections enable potential homebuyers and sellers the opportunity to make educated real estate decisions. From interior systems such as plumbing and electrical to exterior components like the roof and siding, the HouseMaster Home Inspection includes the evaluation of the visible and accessible major elements of the home.

5.  HouseMaster scored well on their overall satisfaction by franchise owners. The categories they excelled in were Core Values, Franchisee Community, and Self-Evaluation, all three further emphasizing HouseMaster’s commitment to a deeper bond with their franchisees.


6.  Eric Stites, CEO of Franchise Business Review, said, “There are thousands of successful franchise companies operating in North America, but many of those companies do not offer a solid investment opportunity for the actual franchise owners. As an independent research firm, we rate the franchise companies in the marketplace today and identify those with the highest levels of satisfaction and performance among their franchisees in order to educate potential buyers and help them choose which franchise to invest in. The companies on this year’s list are the top performing brands in the key areas critical to their franchisees’ success.”

7.  Jeff Meyers, interim president of HouseMaster, said, “We were honored to receive this award from Franchise Business Review. We focus on the well-being of our franchise owners so that we can set them up for success. And by doing this, it also improves their community in a meaningful way.”

8.  Near the end of March 2021, Cesar Costa, the owner of a HouseMaster Home Inspections business in the Fort Lauderdale area, wrote a book sharing insights from his years of experience in home inspections. An educational tool for realtors, the book serves as an authoritative guide to what realtors should know about home inspections. It is now available for purchase on Amazon.

9.  Costa said, “This book covers what Realtors need to know to up their game. In my years of experience as a home inspection franchise owner, I’ve realized that too often realtors are unaware of the implications of an inspection or what it entails. This book is a way to inform and help them help their clients immersed in the home buying process.”


10.  The book offers details about what inspections include (and what they don’t include), helps realtors recognize common mistakes and avoid them, grasp report findings and negotiations, handle inspection issues, and lay out the next steps after an inspection. “We want to help realtors better set up customer expectations,” Costa added. “Realtors will learn more about mold and termite inspections and remediation strategies – two areas that are common concerns when they come up during an inspection.”

11.  Costa knows a thing or two about customer service. His franchise has serviced tens of thousands of customers in the Fort Lauderdale area and holds a 4.7 out of 5 star rating after more than 1,350 customer reviews. Costa added, “This is the most complete guide to home inspection for agents available. No other publication includes mold, termites, insurance reports, and other services that are important but frequently neglected or misunderstood by agents, buyers, and sellers. This is the ideal text for both aspiring and veteran real estate agents.”

12.  At the beginning of May 2021, HouseMaster Home Inspections announced the opening of a new location in the Hudson Valley area north of New York City. JP McGahan, a seasoned business owner, is the local entrepreneur expanding HouseMaster to the Hudson Valley alongside his wife, Tracey. This new HouseMaster location will serve parts of Putnam, Dutchess, and Ulster counties, including the towns of Mahopac, Putnam Valley, Hopewell Junction, Beacon, New Paltz, Fishkill, and the surrounding areas.

13.  McGahan and his wife will also be assisted by their friend, Dino Kaoukakis. McGahan plans to join local business organizations in the area to better his skillset to help the community. In his free time, he enjoys spending time with family and coaching Little League.

14.  McGahan said, “I have run several small businesses since 2010. The experiences I gained from being an entrepreneur and managing a business have prepared me to begin my journey of becoming a leader in home inspections for the Hudson Valley area.”

15.  Jeff Meyers, interim president of HouseMaster, added, “JP originally worked on the HouseMaster corporate team, so we knew he was a hard-working and determined individual. I’m confident that he will have tremendous success running his business and serving the people in his community.”

17.  Austin established AMC Property Evaluations, Inc. in Central New Jersey and grew the business to a large multi-inspector firm serving the tri-state area. This was the first iteration of HouseMaster Home Inspections.

18.  After working as a home inspector for several years, Austin realized that the home inspection industry needed to create unifying standards and a clear scope of services. Austin met with other home inspection companies and suggested that they form an association. In 1976, Austin became a founding member of the American Society of Home Inspectors (ASHI), the first industry organization to set standards for home inspections.

19.  Austin’s business continued to grow and in 1979, he changed the company’s name to HouseMaster Home Inspections and began franchising. Over the next few decades, HouseMaster continued to grow. The company as well as Austin continued to lead the home inspection industry, and implemented what are now standard practices, including: formalizing training procedures for home inspectors; starting The National Institute of Building Inspectors school; and introducing the concept of pre-inspections before home owners put their homes on the market or accept an offer.

20.  Today, HouseMaster Home Inspections has locations all across North America. The company was acquired by Neighborly in 2020.

Average and Median Gross Sales for Franchised Businesses for the Period January 1, 2020 to December 31, 2020 (2020 Reporting Period)

Previous post: FDD Talk: How Much Does a STRIDE Franchise Make (Average Revenues and/or Profits)?

Next post: FDD Talk: How Much Does an Expense Reduction Analysts Franchise Make (Average Revenues and/or Profits)?