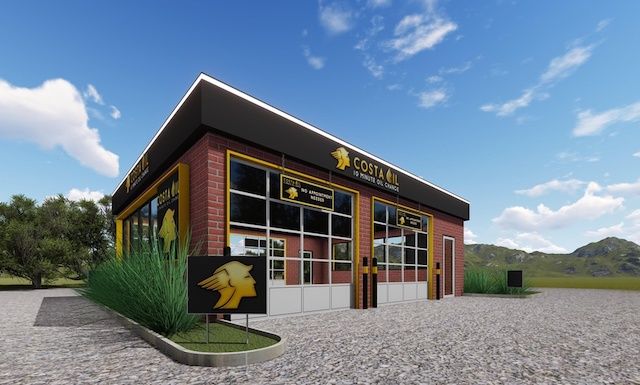 14 Things You Need to Know About the Costa Oil Franchise

1.  In late April 2021, Costa Oil announced that its first franchise location would open in Katy, Texas. A press release from developer FranCoDev said the franchise award is the start of a nationwide franchise plan. Costa Oil founder Costa Kapothanasis said the company is focused on new builds for low-overhead quick lube service shops. Kapothanasis added, “We’re putting together a model that really closely aligns with the original quick lube model. We don’t think it should cost a million dollars to build a quick lube.”

2.  In mid-July 2021, Costa Oil announced that it has awarded two new franchises in Texas and North Carolina. According to Costa Oil founder Costa Kapothanasis, one new store will open in the Dallas-Fort Worth market, and three will open in East Charlotte. Kapothanasis also hinted at more moves that could happen in the near future. He said, “We have tremendous momentum in the Texas market with several potential stores in the pipeline.”

Expands Presence in the South


4.  In mid-August 2021, Costa Oil announced that it was expanding its reach to the Southern market. The company said that it would be adding a franchised location in Hattiesburg, Mississippi, about 100 miles southeast of Jackson. The location is the first in the state for the quick lube shop chain.

5.  The Hattiesburg location is the latest in a series of new locations for Costa Oil as it continues to expand its brand beyond the Northeast and Midwest markets. Costa Oil founder and CEO Costa Kapothanasis said, “We are extremely excited about this first connection into the Mississippi market and we look forward to creating a quick, efficient quick lube.”

6.  In mid-November 2021, Costa Oil completed its corporate location move to Hanover, PA at 316 Broadway in Hanover, Pennsylvania. Founder and CEO Costa Kapothanasis said, “We are super excited for this move. Hanover is like a second home to me. Our inspiration for our franchise concept building is our Hanover store. To be able to be in walking distance for viewing and our in-store training is a great part of being located here.”

7.  The new location is a 10,000 sq. ft. building that is located right on Broadway. The space has an openness to it that just makes everyone more comfortable and free to work alongside one another. The office will have a larger conference room, and also an area for training new employees.

8.  In mid-December 2021, Costa Oil announced the opening of new franchise and company-owned locations. Construction is under way for four franchised locations. Three are in the Ohio markets of Akron, Warren, and Perry. The fourth is in Albans, W.Va. Two of those are built according to the single-bay concept that Costa Oil unveiled in early 2021.

9.  A fifth franchised location planned in Mesa, Arizona, is an acquired and renovated building. In addition, three company-owned locations are going up in Endicott, N.Y., Lorain, Ohio, and Mckeesport, Pa. Those are all single-bay kiosk models.

10.  The company continues to add franchise agreements and is up to more than 60 units sold, according to founder Costa Kapothanasis.

11.  Costa Oil was founded in 2014 by Costa Kapothanasis and is headquartered in Hanover, Pennsylvania. The brand specializes in no appointment, drive-thru 10-minute oil changes. Kapothanasis had been working in finance, but always wanted to start his own business. He was given the opportunity to take over a quick lube store in Harrisburg, Pennsylvania, from a couple that was ready to retire and settle down. This store became the first Costa Oil location.

Previous post: FDD Talk: How Much Does a Bloomin' Blinds Franchise Make (Average Revenues and/or Profits)?

Next post: 23 Substantial Fees Every Wing Zone Franchisee Needs to Know About