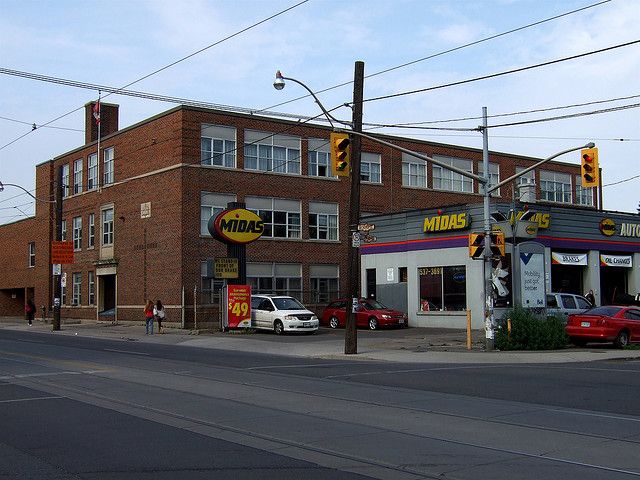 16 Things You Need to Know About the Midas Franchise

1.  In late April 2021, TBC Corporation, parent company of Midas, celebrated 65 years of the Midas brand and said that just as its founder built a business responding to the market’s needs in 1956, the brand continued to do the same in 2021.

2.  Will Helton, vice president and general manager of Midas, said, “Our performance in the past year is a tribute to the ongoing strength of our 65-year brand and the drive, customer-commitment and entrepreneurial spirit of our franchisees. Thanks to them, we’ve shattered monthly sales records four times in the past nine months – after the initial COVID-19 outbreak. 2020 was tough, but we’ve fought through. Together with our franchisees and their teams, we are taking the brand to new heights. After 65 years, the Midas Touch is stronger than ever.”

Franchisee Named ‘Humanitarian of the Year’ by Tire Business

3.  In early November 2021, Ron Katz, a community-minded Midas franchisee with three stores in Florida, was presented with the 2021 Tire Business Tire Dealer Humanitarian Award, one of the industry’s most prestigious designations. The award, which is open to any car-repair center owner in the U.S., Canada, and Mexico, recognizes just one independent tire dealer each year who has made an especially significant contribution to the community. Katz was recognized on Monday, November 1, prior to the opening of the Specialty Equipment Market Association (SEMA) Show in Las Vegas.

4.  Don Detore, editor of Tire Business, said, “Ron has an impressive record of giving back. The independent panel that judged the candidates factored in the blood drives at his shops and Teacher of the Month sponsorships with local schools. In addition, he has taken a proactive role in hurricane relief efforts – in 2019 when Dorian hit the Bahamas and 2017 when Maria devastated Puerto Rico.” In total, Katz and his team delivered supplies totaling $100,000 for the two hurricane relief initiatives.


5.  When Federal employees were furloughed in 2019, Katz offered them free services. His team recently acquired, repaired, and donated a car to the Sickle Cell Foundation of Palm Beach County and Treasure Coast. He staged a fundraiser for the wife of one of his favorite entertainers, who had esophageal cancer, raising close to $10,000. In 2021, he ran COVID-19 vaccination drives in two of his shops.

6.  Lenny Valentino, vice president and general manager of Midas, said, “We are proud to have Ron as member of the Midas family – and excited he has received this recognition. Ron has clearly taken the ‘Midas Fixes More Than Just Cars’ commitment to heart and is making an impact.”

7.  Katz, who opened his first Midas store in 2016 and was named Franchisee of the Year two years later, added, “Giving back just feels like the right thing to do. If I could, I would do it full time. Like most people, I’ve had good times in my life and tough times when I would have liked someone to help me. So it just feels good to be in a position to offer assistance.”

8.  In addition to receiving the award, Katz earned a $2,500 donation from Tire Business to his charity of choice: Saint Jude‘s Children’s Hospital. “I chose Saint Jude‘s because I like what it stands for,” he said. “St. Jude’s makes sure that when a child is sick, the parents never have to pay for the hospital stay. I cannot think of a better or more compassionate charity.”

9.  In mid-October 2021, Midas announced that it had been listed in 66th position overall on the Franchise Times Top 400 for 2021 – up 14 spots from the previous year. The ranking capped a strong year for Midas, which shattered its monthly sales records three times during 2021. “We are excited to be the highest ranked full-service car care provider on the Top 400,” said Lenny Valentino, who leads the iconic, 65-year brand. “Being recognized is a tribute to the entrepreneurial spirit of our franchisees. They are the engine that drives Midas.”

10.  Valentino continued, “We have a wonderful mix of legacy franchisees that are innovating and expanding their footprint, as well as a new wave of investors who are bringing new energy – and helping to drive these sales increases. Better still, with a rising number of older cars on the road, industry trends are in our favor as we head toward 2022.”

11.  Midas has a track record of innovation, reinventing itself multiple times over the years to meet the changing needs of the market. Formerly a muffler and brake specialist, Midas today is a one-stop shop that can handle tires, brakes, oil…everything. Heading into 2022, the company is targeting further growth by reaching out to a younger demographic.

12.  “We have a lot to offer the next generation of drivers,” said Valentino, “Including the broadest menu in the business, highly competitive prices when compared to new-car dealerships, and a customer-service commitment that has resulted in more than 100,000 5-star reviews.”

13.  Midas, an acronym of Muffler Installation Dealers’ Associated Service, was founded in 1956 by Nate H. Sherman in Macon, Georgia. Sherman had years of experience in the automotive industry as he operated a family business in Chicago that manufactured car mufflers. As car ownership grew during that time period, Sherman recognized that the traditional mom and pop corner gas stations would not be able to keep up with the growing demand for automotive services.

14.  Sherman developed the concept for a service station where he could sell his mufflers directly to consumers and eliminate the need for distributors. Midas was a success from the start and by 1957, there were 100 shops across 40 states. The first franchise opened not long after Sherman launched Midas.

15.  Over the next few decades, Midas grew rapidly and by 1985, there were 1,400 franchised locations in the United States as well as 400 international locations. Midas’ success continued into the 21st century and the company has grown into one of the largest providers of automotive services in the world. In 2012, Midas was acquired by TBC Corporation, which also owns Big O Tires.

Previous post: Lesson #51: How to Ask About a Franchise’s Support Systems

Next post: Lesson #52: Why a Franchise’s Strategic Plan Matters to You