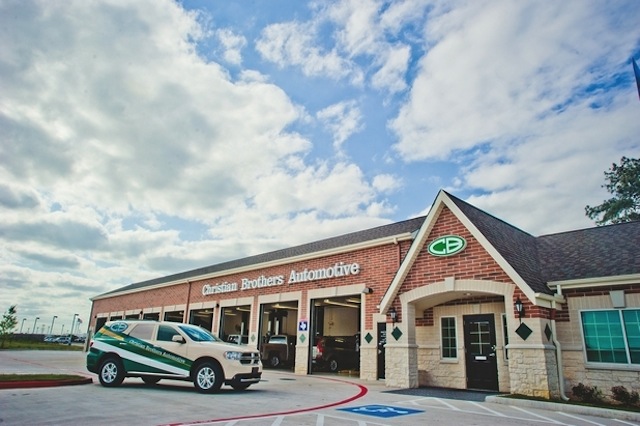 1.  In mid-January 2021, Christian Brothers Automotive reflected back on 2020 and outlined projections for the year ahead. It’s abundantly clear that the investment into new technology prior to the pandemic, along with the brand’s efficient operations model, positioned the franchise system to be agile and set record-breaking sales growth during a turbulent year full of uncertainty.

2.  With the tried and tested operating principles in the driver’s seat leading the way, the brand’s 2020 performance metrics indicate the brand’s strength and yield for strong growth potential in the year ahead:

3.  Donnie Carr, president of Christian Brothers Automotive, said, “Our faith-based approach to automotive repair has buoyed business for many of our franchisees and we pride ourselves on always supporting our franchise family through every challenge and the pandemic has been no exception. Without our incredible franchisees and their teams, our growth and success this year and every year wouldn’t have been possible. We look forward to keeping up the momentum and exceeding our goals for 2021.”

5.  Carr added, “Our success in 2020 laid the groundwork to build out our presence in existing markets in 2021, and that’s really where our developments efforts are going to be focused over the next 12 months. We’re excited for what the future holds for Christian Brothers.”

8.  Donnie Carr, president of Christian Brothers Automotive, said, “Missy’s dynamic leadership style immediately sets her apart, and her understanding of the Christian Brothers brand and intricacies of the franchising industry make her an excellent fit for the role and an invaluable asset to our team. Missy will be key in training and managing the team as we propel our franchise development efforts forward and we look forward to growing as a franchise system under her leadership.”

10.  Wright said, “I’m looking forward to upholding the expansive growth standards that Christian Brothers is known for while adding new energy and drive to the system. The talent within the brand is unparalleled – from the corporate team to the extremely passionate and happy franchisees. I look forward to being part of the continual success with this incredible brand.”

11.  In early October 2021, Christian Brothers Automotive announced the retirement of founder and CEO Mark Carr, and the appointment of his son and longtime company executive, Donnie Carr, to the role. Mark leaves the company’s operations after a strategic transitional phase, where he worked closely with Donnie to continue the brand’s tenured success and growth.

12.  For nearly 40 years under Mark Carr’s leadership, Christian Brothers Automotive has expanded from a single location in Houston to more than 240 locations. Donnie has served the company in leadership roles for more than a decade, most recently as president, which he will continue to serve as in addition to CEO. In more recent years, Donnie and Mark have worked together to co-lead the company, setting revenue and profitability records and expanding to new geographic markets across the United States.

13.  Mark Carr said, “Donnie brings the leadership qualities that Christian Brothers Automotive needs as it enters its next phase in business. He is a visionary who sets compelling goals that are quickly embraced by the home office team and franchisees, and he does so with humility and intense personal accountability. After witnessing Donnie launch major profit-focused initiatives as he took on new leadership roles over the past 14 years, I have no doubt that his innovative mindset will steer CBA to new heights.”

14.  The announcement comes as the company celebrates two and a half decades of franchising and nears its 40th anniversary in 2022. Acknowledging that it has taken immeasurable employee contributions over the years to reach where the company is today, Christian Brothers Automotive also announced the launch of an employee stock ownership plan (ESOP), which collectively gives employees the chance to take ownership of a substantial portion of the company.

15.  Donnie Carr added, “I’m so thankful for the unrelenting effort of our team, many of whom have been with the company for years. Their loyalty and commitment to CBA’s values are a true source of pride for me and the entire organization. It’s because of their dedication that we’ve launched the ESOP. It’s a way of showing our thanks and allegiance to them. Plus, it’s an incredible legacy for my father, whose generosity and passion inspire me every day.”

17.  Carr prayed to God to provide him a new business and the next day his friend approached him with a business opportunity. They were encouraged by their Sunday school class to call it Christian Brothers Automotive, as they were two brothers in Christ. Initially, Carr and his partner ran the day-to-day operations together, but after a few years, Carr bought out his partner.

18. Under Carr’s leadership, Christian Brothers Automotive began to thrive. After seeing his success, one of Carr’s friends asked how he could open his own auto repair shop. Carr helped this friend set up his shop and within a year, he was outperforming Carr’s original shop. Carr realized that his friend’s business was outperforming his because of the fast track training, robust systems and procedures, and a demographically better location. This was around 1996 and Carr decided to start franchising Christian Brothers Automotive.

19.  Over the next few decades, Christian Brothers Automotive continued to grow around the Southern and Southwestern United States. In 2019, the brand reached its goal of opening 200 locations.

Previous post: Lesson #34: Why Knowing Your Local Area Is Essential to Picking a Franchise