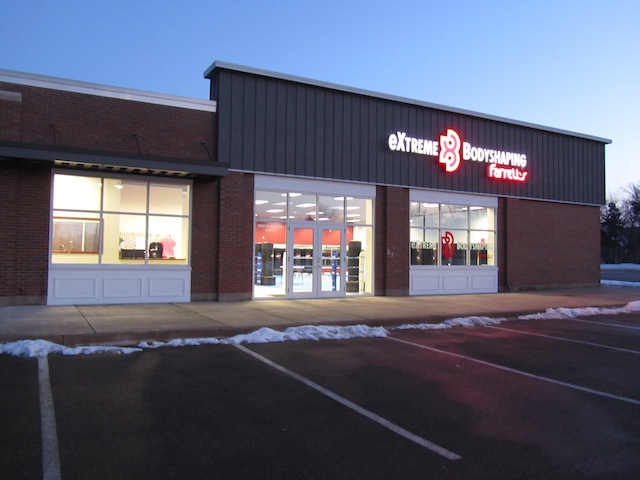 Founder Explains the Success of Farrell’s

1.  In early October 2021, The Daly Coach blog interviewed Lance Farrell, the founder of Farrell’s eXtreme Bodyshaping, about his business, his decision to franchise, and how Farrell’s has created such a powerful and successful brand. When asked why his fitness franchises is successful, even in a crowded market, Farrell said, “You know, when you talk about a crowded space, fitness is very crowded. There are a ton of options for people out there and a lot of really, really good options. So it is crowded there. But you got to find your niche.”

2.  “Our niche is really helping people lose body fat. So from the very, very beginning, we’ve tracked how many pounds people lose, how much body fat. And it’s been a remarkable total number for the past 20 years with 20,000 people who have gone through. We’ve helped them lose nearly 5 million pounds of body fat, and most have kept it off. So we’re very proud of that,” said Farrell.

3.  He continued, “I really didn’t have intentions of franchising in the beginning. We opened 7 stores initially in the Des Moines area. But once we moved outside of Des Moines, I went to Omaha, I went to Cedar Rapids outside of our marketing reach, and those were successful, we decided to make it a franchise. That’s how we grew to 50 plus stores, just organically. Pure organic growth.”

4.  When asked how the brand keeps its members happy and engaged, Farrell said, “Really, our thing is about evoking pride. When somebody has failed at other fitness things…they tried to lose weight, maybe they’ve tried just dieting and stuff, it hasn’t worked…We want them to come in and we want to evoke pride in them. So they look in the mirror and they feel good about who they’re looking at, and they feel good about going to work. They feel good about putting that swimsuit on. And that’s really what we want to do, is help them feel better about themselves to live that life at Level 10.”

5.  In early January 2021, as many states began easing some COVID-19 restrictions and allowing businesses to reopen, Farrell’s eXtreme Bodyshaping in Mankato, Minnesota said that it had to rework its business model to adapt because it operates mainly through instructor-led strength training and kickboxing classes.

6.  Group fitness classes were able to resume under the Minnesota governor’s executive order, but faced new regulations such as a requirement that group classes be held in a space separated from the rest of the facility. Classes also could not exceed 10 people, including instructors.

7.  Farrell’s owner Jeremy Whiteford said the second round of shutdowns was especially hard because the fitness center was already taking precautions such as tracking who visits the gym and ensuring equipment is sanitized before and after use. Whiteford said, “It was tough because we thought we were doing right, and we weren’t seeing people with cases coming through our doors.”

8.  To adapt to the latest round of restrictions, Farrell’s had to start an open-gym concept, allowing members to do individual workouts. Members came to the gym to do a workout with a virtual instructor. It was difficult for Whiteford to be in the gym with members but not being able to lead them while group classes were prohibited.

9.  The restriction limiting gyms and fitness centers to 25% capacity also made it challenging to get everybody back in the gym. Only about 10 people could be in Farrell’s at a time to meet restrictions, which also required people to maintain 12 feet of social distancing instead of the standard 6 feet.

10.  Whiteford said the restrictions had been hardest on members because it made it more difficult for them to stay on their fitness routine. “People utilize us as stress relief,” he said, adding that not having that outlet is especially difficult amid the added pressure of the pandemic. “People have stressful lives. Taking that stress out on a bag is good.”

11.  During the first round of shutdowns in March 2020, Farrell’s began offering virtual classes so members could continue working out at home. Some adapted well to the virtual classes but others struggled, Whiteford said, because of kids at home or not having adequate equipment such as punching bags or enough space to workout. They continued to offer these classes to accommodate those who may not feel comfortable being in a gym or people who couldn’t get in due to the limited capacity.

12.  While membership hasn’t had a big decline during the pandemic, recruitment of new members was challenging. The gym typically allows people to come in for open gym and see if they like it before signing up for a membership. With gyms closed to in-person workouts for part of the year and then at limited capacity, Whiteford said it was hard to bring in prospective members.

13.  The regulations also came at a time when fitness centers usually see a spike in membership and people visiting gyms because of New Year’s resolutions and a want to get in shape after the holidays. Changing restrictions had resulted in a lot of challenges for Farrell’s, but Whiteford said they did what they could to adapt and continue supporting members. Whiteford said, “We are going to try this. We are going to make adjustments…We are providing members with what we are able to provide.”

14.  Farrell’s eXtreme Bodyshaping was founded in 2001 by Lance Farrell in Des Moines, Iowa. Farrell, who is a 6th degree black belt in Taekwondo, has always had a passion for fitness and wanted to help other people live with power and purpose.

15.  He spent many years teaching Taekwondo, and when he moved to Des Moines he opened his first fitness studio. Farrell’s fitness program was a success and he noticed that his clients not only became fitter, but they also underwent mental and spiritual transformations.

18.  Farrell’s eXtreme Bodyshaping did not rank on Entrepreneur’s 2021 Franchise 500 list.

Previous post: Lesson #17: Why You Should Cast a Wide Net When Looking at Franchises