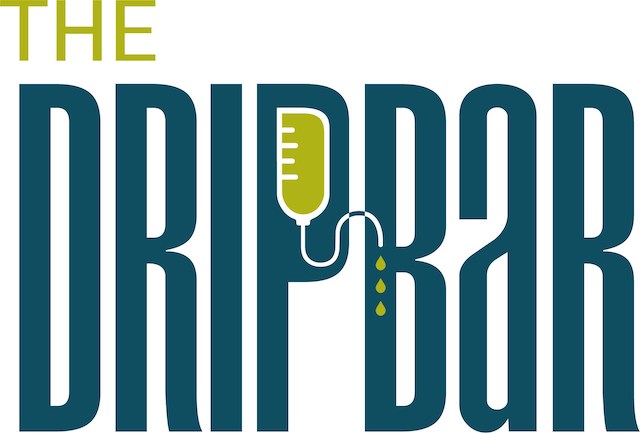 19 Things You Need to Know About The DRIPBaR Franchise

1.  In January 2021, The DRIPBaR claimed that it was set for tremendous growth in 2021 and beyond. The company, which at the time had more than 200 locations in various stages of development throughout the country, is focused on helping its clients obtain their best cellular health using advances in intravenous therapy.

2.  The company was slated to open its first franchise location in Atlanta in January, followed by a dozen more across Florida, Massachusetts, Rhode Island, Colorado, and Texas by the end of March. According to Chief Development Officer Ben Crosbie, The DRIPBaR will open as many as 40 locations by the end of 2021.

3.  Crosbie said, “Treatments that aim to boost your immune system are gaining in popularity during the pandemic, so it should come as no surprise that The DRIPBaR has seen interest in its franchise opportunity grow exponentially. People want to maintain their best health. We are excited to be able to educate the public on the value of IV Therapy and the power that IV therapies provide to clients to maintain their best health, or to fight cancer, heart disease and other illnesses.”

4.  IV therapy is the administration of nutrients and hydration directly into the bloodstream for immediate absorption and use by the body. It is the fastest way to deliver nutrients throughout the body, because it bypasses the digestive system and goes directly into the organs, resulting in a 90-100% absorption rate.

5.  Some of the biggest proponents of IV therapy include celebrities Madonna, Adele, Chrissy Teigen, John Legend, Cindy Crawford, Rihanna, and Brad Pitt, among countless others. While the exact reason each one uses IV vitamin therapy may be different, the underlying desire is the same: they want to tap into the extraordinary health benefits it offers.


6.  The DRIPBaR leverages these benefits and provides IV therapies that are designed to do everything from slowing the signs of aging to reducing brain fog and boosting energy. The franchise’s clients have 18 different IV lifestyle or health-support drips to choose from, including the “Flu Fighter” that may help the common cold and High C, which is typically for current or former cancer patients. For those who don’t have time for a full vitamin infusion but want the benefit, clients can choose one of seven “quick shots” that Crosbie says gives the body an added boost. Each session ranges in price from about $100 to $200 and people are sitting in the chair anywhere from 25 to 40 minutes.

7.  Crosbie added, “The quality and range of our offerings, and the consistent excellence of our services, will distinguish us as the market grows. COVID-19 has created a new understanding in people that they need to be as healthy as they can be. Healthcare is no longer a passive activity, where people wait for an illness to strike and then react to it. More than ever people want to be in control of their own health, they want to be proactive. They want non-drug therapies to support their best health. They want what The DRIPBaR has to offer and we are excited to offer our services.”

8.  In early May 2021, The DRIPBaR announced that it was expanding across New Jersey with the help of worldwide leading authority on business and entrepreneurship, Carl Gould. Gould, a client and true believer of IV therapy, is looking to expand The DRIPBaR through franchising partnerships across the state and in metro areas like Newark, the suburbs of Philadelphia, and Atlantic City. The first location was expected to open later in the summer in Butler, a borough in northern New Jersey.

9.  Gould said, “I wholeheartedly believe in The DRIPBaR’s concept and mission. Their overall goal is to help people through IV therapy. From cancer patients to the busy mom, The DRIPBaR has something to help everyone. I want to bring New Jersey the best IV therapy you can get, and for me that is what The DRIPBaR does.”

10.  Ben Crosbie, the company’s chief development officer, could not be happier to have Gould. Gould’s company, 7 Stage Advisors, has mentored the launch of over 5,000 businesses in 35 countries. The serial entrepreneur built three multi-million-dollar businesses by age 40 and is now committed to growing The DRIPBaR.

11.  Gould added, “The DRIPBaR is focused on helping people and that mission is what I have been committed to my whole life. The DRIPBaR’s dedication to the community, cutting edge treatments, and excellence in the industry will lead us to success across the state.”

12.  At the beginning of October 2021, The DRIPBaR announced the opening of its first Melbourne, Florida location on October 12. The new business is located in Pineda Landings at 6375 North Wickham Rd., Suite 101 and was opened by Hollie Gilbert, with the help of her husband, Chris Arangio.

13.  The DRIPBaR’s IV therapy infusions strive to enable its clients to live more vital, energized lives and help make them more resilient to disease. As an area representative for the brand, Gilbert is helping to expand the franchise throughout the Greater Orlando and Space Coast regions. The DRIPBaR in Melbourne will be her first, with her next to open in Lake Nona in 2022.

14.  With more than 20 years of executive level marketing experience in the hospitality industry, Hollie Gilbert became invested in The DRIPBaR after the onset of COVID-19. At the time, she understood the hospitality industry needed some time to recover and wanted to pursue her passion for helping others live holistic lifestyles and explore alternative medicine techniques.

15.  This passion stemmed from the assistance of alternative therapies which helped her through two successful pregnancies in her forties. Eventually, the concept of The DRIPBaR was introduced to Gilbert and upon further research into the brand, she was ready to open up a location of her own.

16.  Gilbert said, “We are thrilled to bring The DRIPBaR and its IV therapy infusions to the beautiful community of Melbourne. Helping others live their best lives by spreading the word about a holistic approach to health is something that makes us immensely proud in what we do. We hope to carry on the mission of The DRIPBaR by helping our clients live more balanced lives and giving them and their cells the proper nutrients they need.”

17.  The DRIPBaR was founded in 2016 by Dr. Steve Petteruti and his wife Shannon in Rhode Island. The company is an IV therapy concept that is dedicated to the physical and mental health of clients and to the research that is breaking new boundaries in the IV therapy community. Through its IV drip cocktails and specialized treatments, The DRIPBaR is harnessing advances in cellular health and delivering individualized treatment for overall health and well-being.

18.  After a few years, The DRIPBaR began franchising in 2019 and there are now locations in a handful of states and many more in the process of opening.

Previous post: How Much Is a Maaco Franchise? (Detailed Franchise Costs)