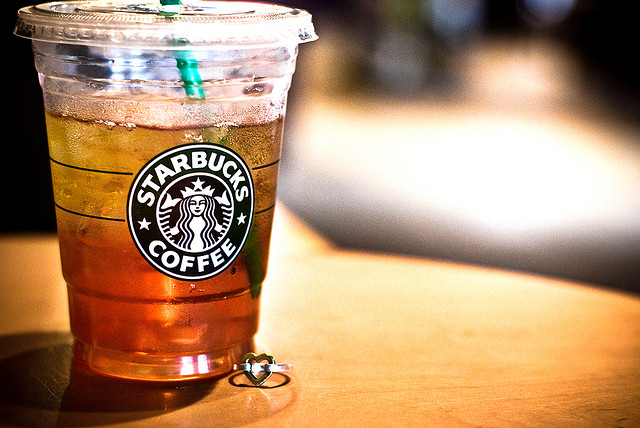 When entrepreneurs are looking for a big brand to team up with, Starbucks seems like an obvious choice. The leading brand of the late 20th century coffee chain boom, Starbucks has become a shorthand in popular culture for chain coffee shops.

But entrepreneurs looking to set up a Starbucks franchise are likely to face disappointment, as the company has a complex relationship with franchising.

How much to franchise a Starbucks?

Historically, Starbucks has used of franchising in some markets to expand its footprint. That’s part of how the brand has reached over 32,000 stores in 80 countries and its current domination of coffee culture.

However, Starbucks prefers to own its stores. As then-CEO Howard Schultz pointed out in 2003, this gives the company more control over the way its culture and values are presented to the public, allowing it to maintain a strong, consistent brand. As a result, the company currently doesn’t franchise outlets in North America, and franchising opportunities are often limited even in the countries where they are available.

An alternative option is a licensed store. This is similar to franchising, but limited to a Starbucks kiosk set up within an existing store, such as a Target or Barnes & Noble. While this takes the coffee shop out of Starbucks’ hands, it doesn’t mean it’s an option for most franchisees. You’d have to have a foot in the door of one of these other stores first.

Can you franchise a Starbucks?

Starbucks franchises currently aren’t available in North America, and that’s not likely to change. The company has used franchising to accelerate its expansion in other countries, but it’s already so widespread that there’s no need for this in the US or Canada.

If you’re interested in running a coffee franchise, then you’re better off looking at other, similar options (see below).

How much does a Starbucks franchise owner make?

Starbucks doesn’t provide official figures for owner profits from its franchises and licensed outlets, but there are figures that can be used to estimate the earnings.

The company’s net revenues were $26.51 billion in 2019. Divided between 32,000 stores, that’s a little over $828,400 per store. Some of the profits won’t come through the stores, and there are other costs to be deducted, but this indicates that there are big profits to be made.

More broadly, the average coffee shop owner makes an estimated $50,000-$175,000 per year. Branded coffee shops, on the other hand, are more profitable, and make something like $138,000 to $207,000 per year. Again, some money should be knocked off for fees, but all indications show that a branded chain shop, whether licensed from Starbucks or franchised through another chain, will be substantially more profitable than an independent shop.

Why is Starbucks a popular choice among prospective franchisees?

Its high profile, high profits, and cultural status all help to make Starbucks a popular choice for franchisees. Sadly, that’s no help for entrepreneurs in North America, where the chain retains tight control over its stores.

What are some coffee franchise alternatives to Starbucks?

Three quarters of a century after it was founded, Dunkin’, formerly Dunkin’ Donuts, is the champion of coffee franchising, with over 13,000 locations, most of them in the US. It doesn’t own any of its outlets, meaning that there are plenty of franchise opportunities.

Founded by a Canadian ice hockey legend, Tim Hortons has expanded beyond the icy north to become one of the world’s leading restaurant chains, specializing in coffee and donuts. It owns very few of its restaurants, preferring a franchise model.

Founded in California but now owned by a Philippine restaurant chain, The Coffee Bean and Tea Leaf takes a socially conscious approach to tea and coffee. In a world increasingly concerned with ethical shopping, that makes it a potentially powerful brand to franchise with.

For more options, check out our list of the best coffee franchises currently available.

What are the pros and cons of a coffee franchise?

Franchising brings several benefits over running an independent coffee shop. There’s training and support from the franchisor; guidance from fellow franchisees; a tested business model; and a business that’s easier to sell when you want to retire. As the figures above show, branded chains tend to earn more than independent coffee shops, thanks to their combined marketing and strong brand recognition.

On the down side, franchisee fees can make a chain store more expensive to start and add to ongoing costs. There’s not much room for creativity in how you present your store or flexibility to how you run the business. And if the chain over-expands, then your customers could be cannibalized by a new branch of the same franchise.

In short, there are huge financial benefits available, but at a cost.

Is a chain coffee franchise for you?

While you can’t get a Starbucks franchise in North America, similar franchises are available. Joining one lets you enjoy providing people with coffee and a friendly social space, supported by a recognized brand.

Before leaping in, it’s worth learning more about the options, to make sure you make the right choice. Check out Franchise Chatter’s information on different brands and industries, as well as our guidance on picking the right franchise, to set you on the path to success.