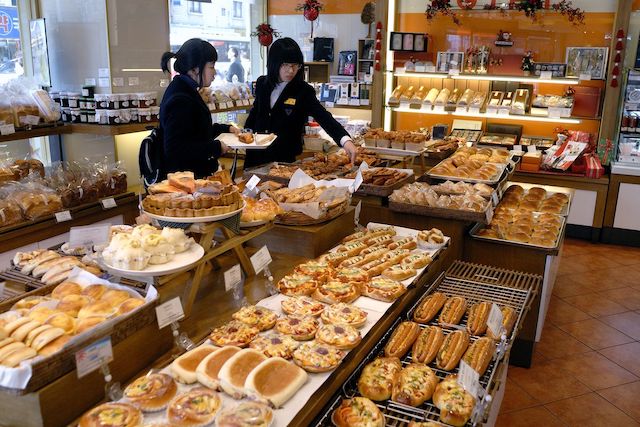 Paris Baguette is a franchise on the rise. While its name might imply a French connection, the company is actually a Korean bakery chain, first established in the 1980s and now with over 3,700 branches around the world. Its focus on baked goods makes it ideal for targeting customers who are eating on the move.

This is a brand set on expansion, signing 100 new franchise agreements in 2021 and with plans to move into new countries as well as expand in the US. With the popularity of sandwiches rising, and America’s largest sandwich chain facing struggles and scandals, this could be a good option for franchisees with the necessary funding and skills.

How much is a Paris Baguette franchise?

The total investment necessary to start up a Paris Baguette store is between $378,270 and $1,638,554 (Item 7, FDD 2021). This includes initial franchising fees, leasing the premises, equipment, fixtures, opening inventory, and opening promotion. All of the equipment and stock is obtained through the franchisor, while costs for insurance, licenses, and initial promotion go to third parties.

As well as the initial fees and ongoing fees following the opening, a Paris Baguette franchise incurs some specific recurring costs. For example, franchisees are obliged to spend $50,000-$150,000 on refreshing the store after five years, and $150,000-$300,000 on remodeling it after ten years (Item 6, FDD 2021).

What is the Paris Baguette franchise fee?

Average sales for franchised Paris Baguette stores in 2020 were $1,528,459 (Item 19, FDD 2021). The company doesn’t provide information about the profitability of its outlets, and there is little information about this currently online, but comparison with the sales of similar brands may help in establishing whether this franchise is likely to meet your financial needs.


What are the requirements to become a Paris Baguette franchise?

Paris Baguette has a thorough vetting process for franchisees, including several rounds of interviews and conversations, as well as background checks. As part of the process, company experts work with the franchisee to identify a suitable location for the store.

The company is rigorous in its criteria for running a franchise. To ensure the financial viability of the business, franchisees need to demonstrate a net worth of $1.5 million with $500k in liquid assets. While the company allows both single and multi-unit operations, it doesn’t allow part-time or absentee ownership: franchises are expected to work solely and entirely on their Paris Baguette stores.

Other characteristics the company’s recruiter looks for include passion, flexibility, open-mindedness, an ability to inspire action, and a commitment to excellence. More concretely, they prefer candidates with experience in food service, business, and marketing, who can bring relevant skills to the job.

What are the pros and cons of a Paris Baguette franchise?

Paris Baguette provides many of the benefits that you would expect from any franchise: a large combined national marketing budget, a tested business model, and experienced franchisees whose advice you can ask. The COVID-19 pandemic has demonstrated how important such support systems and corporate guidance can be in surviving difficult times.

Paris Baguette branches seem to have good financials. As the business owner, you would benefit from growing equity in a business that can be sold when you retire, and that would be easier to sell because of its franchise link.

Paris Baguette puts a strong emphasis on training the staff of new outlets, something covered in the initial fees. Its brand recognition is growing, and the company is putting a big effort into expansion, meaning that the profile of stores is likely to rise over the next few years.

The downside of a brand that’s less established in North America means that there’s less certainty about the prospects of Paris Baguette, the profits you’ll make, and the salability of the restaurant.

As with any franchise, the initial fee and ongoing royalties make it more expensive to start and to run than an independent business. There’s less room for freedom and creativity, as the systems that support franchises also limit them.

With a rapidly expanding brand like Paris Baguette, there is a risk of having your market share cannibalized by new branches. Before signing on, it is important to ask about the company’s wider plans in your area.

Is Paris Baguette for you?

Paris Baguette is a rapidly expanding franchise with potential to benefit from the waning influence of Subway and the appeal of freshly baked goods. The brand’s current expansion, combined with the lack of information on profits from individual branches, means that this is a franchise for someone ambitious for growth and willing to take some financial risks, but who wants the support of a strong, well-structured, and experienced brand.