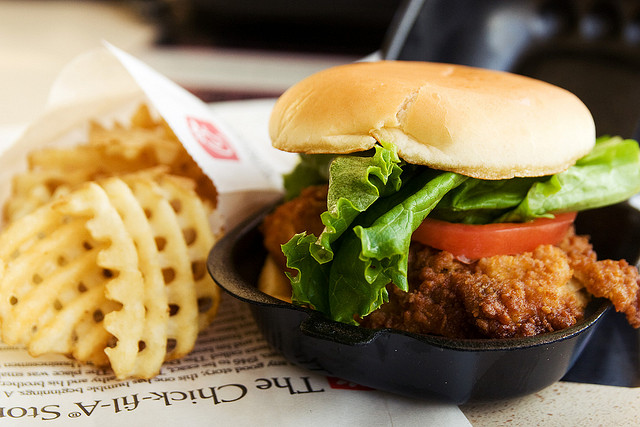 Chick-fil-A is one of the largest quick-service restaurant chains in America, and the largest specializing in chicken sandwiches. The company is known for embodying its founder’s evangelical Christian values, with Chick-fil-A restaurants closing on Sundays, Christmas, and Easter Day. It has a controversial history of funding organizations opposed to LGBTQ rights, though it has recently stepped back from this.

For a franchisee, much of the interest in Chick-fil-A comes from its distinctive financial model, which makes it inexpensive for a new franchisee. This distinctive model also means it won’t suit more ambitious and entrepreneurial franchisees.

How much is a Chick-fil-A franchise?

Setting up a Chick-fil-A franchise only costs $10,000 up front: the initial franchise fee (Item 7, FDD 2021). Because Chick-fil-A provides the premises, equipment, and almost everything else needed to get started, there are very low starting costs.

Once the restaurant is running, the expenses kick in. Franchisees pay rental fees to Chick-fil-A for the premises, equipment, and other expenses. These bring the initial investment up to between $295,412 and $2,431,608 for the first few months, depending upon factors such as the location of the restaurant (Item 7, FDD 2021). This money is taken from the restaurant’s earnings.

What is the Chick-fil-A franchise fee?

The initial franchise fee to set up your first Chick-fil-A restaurant is $10,000. This makes Chick-fil-A relatively inexpensive to buy into.

However, franchisees must pay Chick-fil-A high ongoing fees, taken out of the restaurant’s revenues. These include 15% of gross sales after various other expenses and 50% of profits from the restaurant. The premises and all the equipment are owned by Chick-fil-A, and the company charges fees for their use, as well as for insurance, advertising, technical support, signage, cash handling, and other services. There are fines for franchisees who don’t meet the standards of the franchise agreement. (Item 6, FDD 2021)

It’s hard to be precise on this, as Chick-fil-A doesn’t share profit figures. The average annual sales volume for an established restaurant in 2020 were $2,082,935, for a mall unit and $7,096,393 for a unit elsewhere (Item 19, FDD 2021). But the large number of fees and expenses mean that this is a long way from the operator’s earnings.

What is the application process like for a Chick-fil-A franchise?

The application process to become a Chick-fil-A operator is extremely competitive. Each year, the company selects only around 80 out of 60,000 applicants.

The process starts with an online application. Those who get past this first stage face interviews both online and in person. Applicants have to prove that they are local to a relevant franchise location and intend to run the business full time.

It’s recommended that you attend one of the company’s webinars in advance, to get a better understanding of the process. To succeed, applicants have to demonstrate solid business leadership experience and stable finances. The company is looking for responsible, experienced managers and can afford to be picky.

What are the pros and cons of a Chick-fil-A franchise?

The pros of Chick-fil-A are low initial outlay, potentially strong earnings, and having the company take responsibility for many supply issues; the cons are limited growth opportunities.

Chick-fil-A is a well-known brand with high average gross revenues. As shown above, this can lead to high earnings. There are low initial costs and the company does much of the work franchisees have to do for themselves with other brands, such as identifying a location. As a result, the company has low turnover of operators – this is a stable job for those suited to it.

While it can be a comfortable option, it’s not suitable for an entrepreneur with dreams of expanding their business empire. Chick-fil-A operators have to run the restaurant full-time. The company won’t let you run other businesses and doesn’t usually allow expansion to multiple locations.

Because you don’t own the business, the location, or any equipment, you won’t build up equity. When you leave Chick-fil-A, all you’ll have is money you’ve saved from earnings.

Is Chick-fil-A for you?

If you’re after a secure position and can get through their application process, then being a Chick-fil-A operator looks profitable. But it won’t suit someone interested in a more traditional franchise, where you own the business and can sell it for a profit when you retire. If that’s what you’re looking for, then Franchise Chatter reviews hundreds of other opportunities and provides comparison tools to help you decide which one is best.