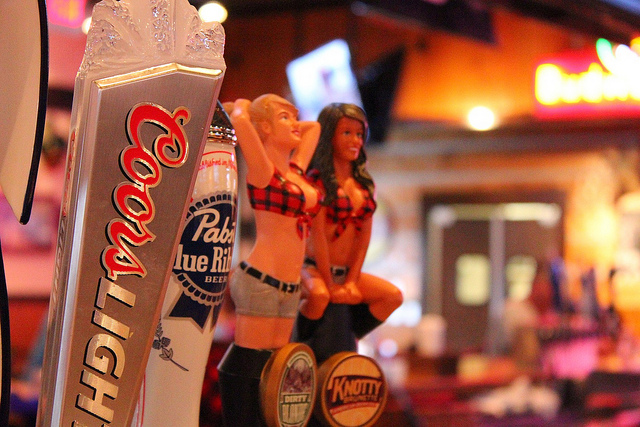 19 Things You Need to Know About the Twin Peaks Franchise


1.  In mid-September 2020, Twin Peaks announced the newest additions to its senior leadership team – Chief Financial Officer Scott Gray and Controller Mike Prentiss. Twin Peaks CEO Joe Hummel said, “We are very excited to have Scott and Mike join the Twin Peaks team. Both team members bring extensive, impressive backgrounds with proven track records of success in finance and in the restaurant industry to our brand.”

2.  Gray comes to Twin Peaks with public accounting and more than 24 years of industry experience, as well as a passion and strategic focus on restaurant-level unit economics to drive franchise value. Over the course of Gray’s career, he has worked in both private and publicly-traded multi-concept restaurant organizations, including Pappas Restaurants and Luby’s, Inc. As chief financial officer at Twin Peaks, Gray will act as a strategic partner to the company’s management team, franchise partners, and investors.

3.  Another seasoned executive, Prentiss brings 15 years in the industry to Twin Peaks. He began his career at Ernst & Young prior to joining Landry’s Restaurants, Inc. and then Fogo De Chao, where he worked his way up to chief financial officer. At Twin Peaks, Prentiss will be responsible for directing all accounting operational functions as the controller.

4.  Hummel added, “Scott and Mike are both talented, dedicated individuals, and we believe their unique skills and attributes will better our company. We look forward to them both making significant impacts within our team and Twin Peaks as a whole.”


6.  Hummel said, “We have hired two incredibly talented individuals, and we are thrilled to welcome them to our leadership team. Moon and Brisco bring a wealth of valuable experience and expertise to Twin Peaks. They both have extensive backgrounds in developing franchises. We have seen how successful they can be as they both have previously taken restaurant and hospitality brands to new heights.”

8.  Another franchise veteran, Brisco brings more than 30 years of executive international and domestic development to Twin Peaks. Brisco spent six years at TGI Friday’s, where he most notably served as vice president of international development across 75 countries, totaling 190 stores. From there, he went on to work at Ruby Tuesdays, where he created the company’s international business plan and expanded its franchise base to 38 countries within a five-year period. In 2005, he joined Sbarro as the brand’s president of international franchise and established agreements for an additional 1,000 new stores to be developed within the next 10 years. Most recently, Brisco served as president and CEO of Tony Roma’s.

9.  Hummel added, “Both Moon and Brisco are going to be incredible assets to Twin Peaks as we prepare to bring our brand to more markets within the U.S. and to other parts of the world. Twin Peaks is already experiencing impressive growth, but now that we’ve hired them to fuel global franchise development, we are fully prepared to expand even quicker. We are all very excited about what’s in store for the future of Twin Peaks.”


10.  At the end of January 2021, Twin Peaks announced that it was expanding on successful 2020 initiatives to carry its strong momentum throughout the new year. According to Knapp-Track, Twin Peaks has been in the Top 10 in Casual Dining for the last seven months – June through December 2020. When states were mandating restrictions but allowing restaurants to operate under some capacity, Twin Peaks acted quickly to extend its premises with outdoor tents and patio enhancements along with restaurant technology upgrades.

11.  According to Twin Peaks CEO Joe Hummel, “After dining rooms were forced to close, we immediately put a new business plan in place. The first step in our strategy was upgrading technology, then extending premise and leaning into serving our guests off-premise. Doing what’s best for our customers and team members has always been our top priority. When we were planning how to reopen, we wanted to reinforce our commitment to cleanliness and change the dining experience at Twin Peaks to focus on safety, quality and guest engagement.”

12.  In 2020, Twin Peaks introduced its acclaimed sports viewing experience to Latin America when the brand made its debut in Mexico City. In addition, Twin Peaks finished the year by opening a new sports lodge in Hollywood, Florida. The brand has 12-15 new locations set to open in 2021.

13.  On the development side, Twin Peaks unveiled its first-ever franchise incentive program in August due to the current real estate market climate. The aggressive new franchise relief program waives franchise royalties during the first year of opening a new Twin Peaks restaurant. This program is available to all qualified developers that meet Twin Peaks’ then-current criteria at the time of execution of an Area Development Agreement.

14.  Twin Peaks will continue to lean heavily on maximizing its conversion strategy with their refined conversion program that takes available real estate with a kitchen and looks for cost-effective solutions to rebrand the building. Franchisees take on a lower cost of entry, as well as a lower build-out cost when converting a building into a Twin Peaks, as opposed to building from the ground up

15.  Twin Peaks remained committed to menu innovation in 2020 with the launch of additional smoked in-house items like its Smoked Brisket Tacos, the Smokestack Burger topped with pulled pork and smoked mozzarella, and the Smoked Half-Chicken. Continuing menu innovation into 2021, Twin Peaks plans to enhance several different areas of its beverage menu to include the Tequila Cocktail and Classic Whiskey Cocktail categories. Food innovation remains top of mind for Twin Peaks, with several food tests coming down the pipeline to include some unique flavors like meatballs, street tacos, and more.

16.  Hummel concluded, “Twin Peaks has so much in store for 2021, including more digital enhancements, new locations and even a virtual concept. We have what works and a huge part of our brand success is our passionate, raving fans.”

17.  Twin Peaks was founded in 2005 by Randy Dewitt and Scott Gordon in Lewisville, Texas. Dewitt, who has years of experience in the restaurant industry, noticed that the sports-bar market was thriving and decided to develop his own concept. Twin Peaks’ motif is based on a mountain lodge and like other sports bar chains, features attractive female servers in skimpy uniforms that reflect the mountain lodge theme.