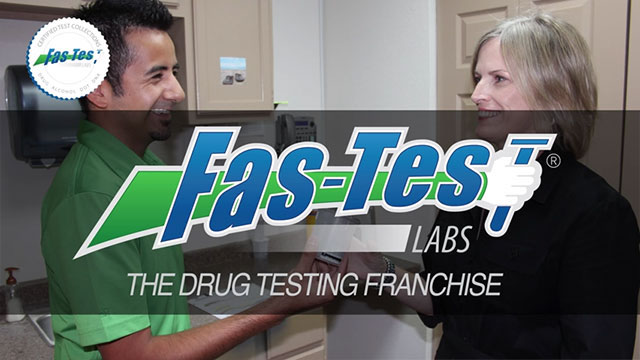 15 Things You Need to Know About the Fastest Labs Franchise

1.  In early February 2021, Fastest Labs announced a new signed franchise agreement in Minnesota, which marks the 80th license sold for the brand. The location is currently in site selection, and is slated to open in St. Paul in Q1 of 2021 – marking the third location in the state of Minnesota.

2.  Behind this development deal is Jamison Kortas, who brings decades of leadership experience to the Fastest Labs franchise system. Kortas has spent nearly 20 years in regulatory affairs, and has a Master of Arts in education and Bachelor of Arts in chemistry. A local Minnesotan for all his life, Kortas will open his first franchise location in St. Paul with plans to develop additional locations across the state in the upcoming year.

3.  Kortas said, “Everything about the Fastest Labs business model, and the direction the overall industry is headed, made it an easy decision to sign on. To be a big part of the franchise’s growth milestone in a pivotal year for the brand is exciting. As the nation begins to bounce back from COVID-19 and the economy starts to recover, our services will prove crucial to those stepping back into the workforce, and I’ll work tirelessly to make sure the community is served as quickly and safely as possible.”

4.  With a determined leadership team, committed group of franchise partners, and a heightened demand for services, Fastest Labs has accelerated development efforts, with the goal of reaching 100 locations by year-end. The brand currently sits at 58 locations – with more than six in development – across 20 states. In the last year, the brand signed 19 franchise agreements, the most the brand has seen since it began franchising in 2010, and is on track to continue hitting milestones and breaking into new states across the U.S.

5.  According to Dave Claflin, founder and CEO of Fastest Labs, “We’ve seen impressive growth systemwide throughout the pandemic and are ecstatic to have signed our 80th unit, while continuing our development efforts across the U.S. Jamison is a great addition to our franchise system and has significant roots in his community setting himself and his business up for success at day one. His expertise in the field will be an asset for his team, and his commitment to grow with the brand makes him invaluable as we aim to serve more communities through expansion efforts.”

7.  Each location is committed to seeing individuals within five minutes of their arrival with no appointment necessary, as Fastest Labs’ proprietary technology eliminates the need for paperwork. With their advanced system, test results are uploaded into an individual’s client portal within seconds of testing. With a customer promise to offer the cleanest and fastest service in the industry, Fastest Labs is not offering COVID tests at its facilities.

8.  In mid-April 2021, Fastest Labs welcomed a new franchise to the system. The business opened its doors in Sandy, Utah in November 2020. Along with this new addition, owner Stephen Collings has inked four territories throughout Sandy, Utah county with plans to open and develop a new location each year in the next 4-5 years. These territories include Provo, Lehi, South Salt Lake City, and Ogden. These new agreements will add to the current Fastest Labs location located in North Salt Lake City, Utah.

9.  Behind this continued development deal is Stephen Collings, who brings decades of leadership experience to the Fastest Labs franchise system. Collings has spent over 25 years of his previous career climbing the corporate ladder at a contracting company, holding upper management positions, and later a VP, part owner and president role, until he later decided to step down from these roles to spend three years in Africa as a missionary.

10.  Upon returning back to the States, Collings knew he wanted to dive back into business leadership, without having to reinvent the wheel, leading him to explore franchising, specifically Fastest Labs. A local of the Salt Lake City area for most of his life, Collings plans to grow into a new territory across the state each year.

11.  Collings said, “Everything about the Fastest Labs business model, and the direction the overall industry is headed, paired with the immediate and genuine connection with Dave Claflin, made this opportunity that much more appealing. It’s evident that this business model works, and was crafted with the franchise network’s success top-of-mind. As the nation begins to bounce back from COVID-19 and the economy starts to recover, our services will prove crucial to those stepping back into the workforce, and I’ll work tirelessly to make sure the community is served as quickly and safely as possible.”

12.  Dave Claflin, founder and CEO of Fastest Labs, added, “We are humbled to welcome Stephen to our franchise system late last year, and are looking forward to witnessing his goals to expand throughout the state of Utah. His drive to succeed and establish the Fastest Labs brand throughout his home state is truly inspiring to see, as his determination was clearly evident from his initial multi-unit signing and passion for this booming industry.”

13.  Fastest Labs was founded in 2008 by Dave Claflin and his wife LeDona in San Antonio, Texas. Prior to starting Fastest Labs, the couple ran Enhouse America Inc. for eight years. Then, in 2008, they started a new testing division of the large Texas-based corporation and called it LabWork NOW Drug Testing of San Antonio. LabWork NOW Drug Testing quickly became one of the leading testing labs in the industry.

14.  As demand for the lab’s services grew, Claflin felt that LabWork NOW could be turned into a national franchise. However, he was unable to trademark the name LabWork NOW, but successfully trademarked Fas-Tes in 2009. In July 2010, the company began franchising under Fas-Tes Franchise Systems, LLC. After a few years of growth, the company changed its name to Fastest Labs and growth continued over the next few years. By 2020, Fastest Labs had 72 franchises open across 20 states.

All Franchised Locations in the Reporting Group