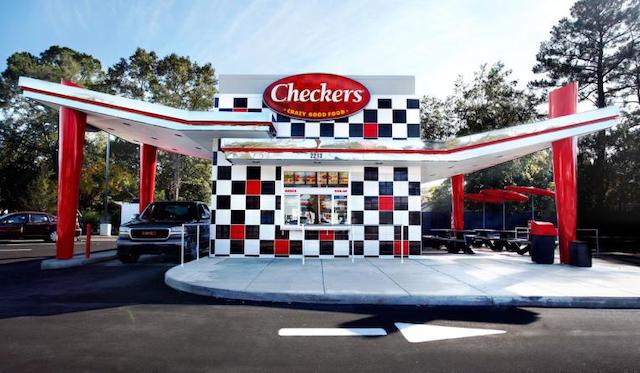 1.  In mid-January 2021, Checkers & Rally’s announced that it had received a $20M capital injection from Oak Hill Capital Partners IV (Oak Hill), a leading private equity firm and owner of the drive-thru concept. The injection of capital will be used to fund Checkers & Rally’s aggressive five-year growth plan.

2.  Peter Armstrong, principal of Oak Hill, said, “Checkers has demonstrated strong performance period after period despite the significant challenges brought by the events of 2020. Company and franchised restaurants recorded high single digit same-store-sales (SSS) gains in 2020 and that momentum is continuing into the first weeks of 2021 because of the strategic marketing and operations plans rolled out before the pandemic, which were enhanced by the demand for contactless drive-thru and delivery experiences. We have great confidence in the Checkers management team, and we are pleased to support them in their plans for the future.”

3.  Checkers & Rally’s resilient operating model, with closed kitchens, double drive-thrus, and a dedicated e-commerce pick up lane, has garnered tremendous interest from the quick-service restaurant (QSR) franchising community. In fact, the brand approved 40 new franchisees in 2020 and has 72 new locations in the development pipeline. Oak Hill approved the capital injection following the company’s successful debt amendment efforts at the end of last year.

4.  Frances Allen, president and CEO of Checkers Drive-In Restaurants, Inc., said, “I am tremendously proud of the work accomplished by our Checkers & Rally’s family last year, including our management team, our restaurant support center, our franchisees and operators, and especially our hardworking general managers and crew members who showed up every day despite the challenges of COVID-19 to serve our guests and our communities. I look forward to investing in our people, our operations and our restaurants in the months ahead to continue our tremendous momentum in 2021 and beyond.”

Unveils Restaurant of the Future

5.  At the end of January 2021, Checkers and Rally’s unveiled plans for a restaurant of the future at the ICR Conference, one of the largest investment conferences of the year. Construction plans are already underway to fully reimage the first restaurant in Lakeland, Florida, and it will be completed by early summer 2021. The design rollout is a key piece of the brand’s aggressive five-year growth plan that will be funded by the $20M capital injection that was announced earlier in the week from Oak Hill Capital Partners IV (Oak Hill), a leading private equity firm and owner of the drive-thru concept.

6.  According to Frances Allen, president and CEO of Checkers & Rally’s, “As an organization, we believe we have the opportunity to create big and small wins for our guests, employees, and communities every day, and this new building helps us do just that. The new external design and reimagined kitchen will make it easier for us to serve hot, delicious food quickly for frictionless guest experiences. Our employees will be empowered to do a great job with new equipment in a building they can be proud of, and our new restaurants will be bright, fun, stress-free places where members of our communities can feel appreciated and respected.”

7.  The restaurant of the future design brings a bold, contemporary style to Checkers & Rally’s locations while honoring the brand’s iconic image. But more than an exciting new look, the concept has also been designed to provide better experiences at the walk-up windows, patios, and drive-thrus. At the same time, the restaurant’s interior has been arranged for greater crew comfort, easier order taking, and efficient service.

8.  The new restaurant was also designed to ensure strong value for franchisees. Like Checkers & Rally’s current modular buildings, the new design fits on a smaller real estate footprint than most other QSR concepts, and the interior has been engineered for efficiency and speed.

9.  Allen added, “With our traditional double drive-thru model, Checkers & Rally’s has a 35-year head start on the drive-thru-only trend that we’re seeing in QSR today. We also have tremendous growth momentum. In 2020, we added more than 70 locations to our pipeline, and we approved 40 new franchisees to join our system. Moreover, we have plenty of room to grow, with 3x white space in our existing markets and opportunities to expand to new markets as well.”

10.  After the first reimage is opened this summer, the brand plans to perfect the design based on learnings, and then rollout the model to its existing restaurant base as well as new company and franchisee restaurant development in the fall.

11.  In mid-February 2021, Checkers & Rally’s announced that it was highlighting everyday heroes in its new national ad campaign that launched on February 15, 2021. Checkers & Rally’s has always kept guests at the heart of both its marketing and operations, and the new campaign is designed to offer guests everyday wins – something we could all use more of these days.

12.  The first spot features “Diego,” a young man heroically helping his friend move, carrying heavy boxes, climbing stairs, loading the truck, and working up a big appetite. He’s definitely earned a win, and he gets one at Checkers & Rally’s with the new Super Loaded Buford limited-time offer.

13.  A core component of the brand’s DNA is offering rewards to the hardworking and the often-underestimated everyday hero. These are the people who have continued to work, educate, support, and provide essential services to us throughout the most challenging times; the moms and dads who have balanced home schooling and work; and so many others who deserve a win every day.

14.  As the campaign rolls out over the next several months, future spots will include a young woman who works long hours on her feet as a hostess and a dad who spends his entire day helping his son with a messy science project. Both of these people need a win, and they find it at Checkers & Rally’s.

15.  Dwayne Chambers, CMO of Checkers & Rally’s, said, “This campaign represents so much more than just a marketing effort. This is about demonstrating to our guests that we see how hard they are working, we see the challenges they’ve had to overcome, and we are dedicated to giving guests a stress-free and delicious respite. 2020 was a difficult year, but we managed to thrive throughout it, and we are carrying exceptional momentum into 2021. Now, we are dedicated to providing wins for the people who really need them, each and every day.”

16.  As serious as Checkers & Rally’s is about rewarding everyday heroes, the brand’s new ad campaign is also playful. In keeping with the style guests have come to know and love – a style that introduced item names like the Big Buford and the Mother Cruncher Chicken Sandwich – the campaign is bold, offbeat, and confident as well as inspiring and genuine.

18.  Checkers & Rally’s new ad campaign was developed by the brand’s in-house agency, led by Chambers, in creative production partnership with Fitzgerald and Company. Chambers joined the Checkers & Rally’s team in 2019, bringing vast experience working with major brands like Sonic, Red Robin, P.F. Chang’s China Bistro, Inc., Krispy Kreme, Fuddruckers & Koo Koo Roo, and Noodles & Company. One of the first changes he made was bringing the creative team in-house. This campaign marks the second major marketing moment for the brand in the last two months, coming on the heels of the Mother Cruncher Monster Truck event in December 2020.

19.  Checkers and Rally’s were founded as separate companies with similar concepts, and merged in August 1999. Rally’s was started in 1985 by Jim Patterson in Louisville, Kentucky, while Checkers was founded a year later by Jim Mattei in Mobile, Alabama.

20.  Mattei started in the restaurant industry as a Wendy’s franchisee, but his stores didn’t perform well. However, he realized that half of the franchise’s business was from the drive-thru window and he felt that the large dining room, large parking lot, and extensive menu were unnecessary business expenses. He then developed the idea for Checkers as a drive-thru only restaurant that had a downsized kitchen.

21.  Rally’s founder Jim Patterson had a similar idea as Mattei and started Rally’s as a double drive-thru system also with a smaller kitchen. A year after it was founded, Rally’s started franchising and the business grew by buying out similar concepts such as Maxie’s of America, Snapps Drive-Thru, and Zipps Drive-Thru. In 1996, Rally’s was acquired by CKE Restaurants, parent company of Carl’s Jr. and Hardee’s. A few years later, CKE sold Rally’s to Checkers.

22.  Over the next few years, Checkers & Rally’s continued to expand and grow outside of the Southern United States. In June 2006, the company went private through a merger with Taxi Holdings Corp., an affiliate of Wellspring Capital Management, a private equity firm. Less than a decade later, in 2014, Wellspring sold Checkers & Rally’s to private equity firm Sentinel Capital Partners.

Table A – All Checkers Restaurants