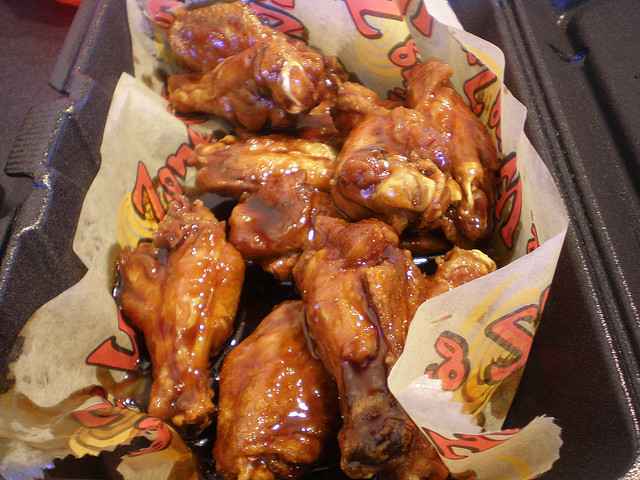 19 Things You Need to Know About the Wing Zone Franchise

1.  At the beginning of January 2021, Capriotti’s Sandwich Shop announced that it had acquired 67-unit fast casual Wing Zone. Terms of the deal were not disclosed. The acquisition is the latest in a string of news for the 44-year-old sandwich chain. Despite the pandemic, same-store sales increased by double digits, the company said. Capriotti’s opened 18 stores in 2020, boosting its footprint to 115 locations, with an additional 210 in development. The company projects that more than 30 locations will open in 2021.

2.  The concept also signed 24 multi-unit franchise agreements to bring 106 restaurants to markets like Miami, Philadelphia, Denver, New York City, and more. The restaurant has a goal of expanding to more than 500 locations by 2025. Capriotti’s CEO Ashley Morris will serve as the executive leader of Wing Zone as well.

3.  Morris said, “This year has presented a unique set of challenges for restaurants nationwide and Capriotti’s was no exception. I am incredibly grateful for the commitment and support of our franchise partners and their teams for their dedication to helping Capriotti’s safely serve communities across the country. While 2020 has been filled with hurdles, it’s been one of the most rewarding and successful years in the history of the organization. We’re looking forward to growing from here!”

4.  Wing Zone has performed well during the crisis, too. In May 2020, then-CEO Matt Friedman told QSR that comp sales were growing 40 percent, which he attributed to stimulus checks, price point, curbside pickup, and direct delivery. To meet the demand for delivery, the company added hundreds of jobs during the pandemic. Wing Zone first opened in 1993, and has 31 domestic units and 36 international restaurants.


5.  Capriotti’s and Wing Zone finished 2020 with more than $100 million in combined systemwide sales. The sandwich concept said it’s committed “to leveraging its best-in-class leadership, sophisticated organizational structure and strategic partners in order to protect, enhance and promote the success of Wing Zone and invest in the future of the growing brand.”

6.  Morris added, “The acquisition is a natural fit for both brands, as Capriotti’s and Wing Zone share many of the same internal values and organizational goals. We look forward to leveraging our expertise in franchising, operational excellence and technology with Wing Zone’s off-premise experience to help both brands continue to grow. We are thrilled to welcome Wing Zone into the Capriotti’s family and are excited about what lies ahead.”

Thrives Despite Ongoing COVID-19 Pandemic Due to Strong Delivery Model

7.  In mid-May 2020, Matt Friedman, co-founder and then-CEO of Wing Zone, spoke to QSR Magazine about how his company was thriving as the COVID-19 pandemic hit the United States. When Wing Zone started over 25 years ago, takeout and delivery were part of the brand’s business model from the very beginning. So as dining rooms began to shut down across the nation, Friedman said Wing Zone became the go-to restaurant for many consumers.

8.  In the few weeks after several U.S. states initiated lockdowns, same-store sales jumped 40 percent. The only thing Friedman can compare it to is the sales surge during Super Bowls compared to the week prior. He describes the growth as unprecedented and staggering, especially considering that many units are in quiet college markets.

9.  “I think a lot of it had to do with the stimulus checks,” Friedman said. “I think a lot of it also just deals with we’re in the right type of price point for a lot of consumers out there, and the fact that we offer direct delivery, not just third-party. And then we added curbside to our arsenal.”

10.  Friedman said that before COVID-19, it was difficult to find delivery drivers because of the demand from third-party companies and ride-share businesses. But the pandemic has opened up the labor pool in a significant way. To meet the demand for delivery, the company has added as many as 200 jobs. Friedman added that Wing Zone’s ability to put people to work is probably what the company is most proud of during the pandemic. He describes the training process as brief – drivers are getting on the road and making money quickly.

11.  Friedman continued, “Although they get an hourly wage, a lot of their income is paid daily in cash. So for us, it’s not like hiring a manager or a cook or something that we really need to train a lot on. For some of these people, maybe they’re going to be with us for 30 days or 90 days. Some may stick with it longer. But it’s been really nice to be able to put a message out there of hiring drivers, earn $15 to $20 an hour, and actually get a nice flow of applications.”

12.  Looking ahead into the post-pandemic world, Friedman expects Wing Zone’s direct delivery model to lift the brand past the competition. Friedman said restaurants claim to be in the delivery business, but they’re really outsourcing. Ultimately, there’s a debate about who the customer will remain loyal to, and Friedman believes it’s the third party.

13.  The pandemic has only fanned the flames in regard to the tension between restaurants and companies like Grubhub, DoorDash, and Uber Eats. Restaurants have repeatedly complained about the high fees, saying they eat into margins that are already razor thin. Meanwhile, Wing Zone prides itself on food coming from a Wing Zone driver with a uniform and hot bag.

14.  “I would say one of the most impactful things that has happened with us with COVID-19 is we control the experience,” said Friedman. “If we mandate that every driver has to wear a mask or have gloves or contactless payment, then we’re controlling that experience. It appears to me that the consumer is trusting dealing with the brand directly rather than through a third party.”

15.  “The fact is, is that the third parties are charging 30 percent of the order,” he continued. “You tell people that aren’t in the restaurant segment that they’re taking 30 percent off the top, their jaw hits the ground because they’re like, ‘Well how do you make money?’ Well the fact is, controlling our own direct delivery is a more profitable model for us.”

16.  Friedman believes Wing Zone’s strong margins during the pandemic will position the brand as an attractive investment opportunity for potential franchisees. With the economic downturn and less competition filling the market, rent, real estate, and construction costs are expected to favor investors, which will lead to aggressive opportunities. Friedman says 2021 looks promising for new store openings.

18.  Friedman said the key to developing trust amid the pandemic has been leaning on leadership and communication through public service announcements highlighting safety measures. He’s encouraged franchisees to increase their social media presence to give their store a more personalized approach.

19.  “During this time, I think people really want to understand, this is not just about business,” Friedman said. “It’s about that relationship. I think for us and our franchisees, it has just been about constant communication, not only from us to our franchisees, but from us to our consumer and then continuing to have strong leadership as to what we are doing and how do we handle it.”

20.  Wing Zone was founded in 1991 by Matt Friedman and Adam Scott in Gainesville, Florida. At the time, Friedman and Scott were students at the University of Florida and they began developing their own techniques for creating original buffalo wings because pizza was the only food available late at night. Friedman and Scott felt that other students in the area also wanted a late night alternative to pizza, and so they developed the idea for Wing Zone. The first two nights that Friedman and Scott decided to sell wings out of their fraternity kitchen, they sold out.

21.  After two years, Friedman and Scott opened the first two Wing Zone storefronts. The brand continued to grow in college towns and in 2000, Friedman and Scott began franchising Wing Zone. The brand’s growth has been slow and steady and there are now Wing Zone locations in more than 21 states as well as international locations in Panama, Honduras, Saudi Arabia, Singapore, Malaysia, the Philippines, and Guatemala.

22.  In early 2021, Wing Zone was acquired by Capriotti’s Sandwich Shop and Capriotti’s CEO Ashley Morris has stepped in as CEO of Wing Zone, replacing long-time CEO and co-founder Matt Friedman.

Next post: Q&A with Paul Macaluso, CEO of Another Broken Egg Cafe