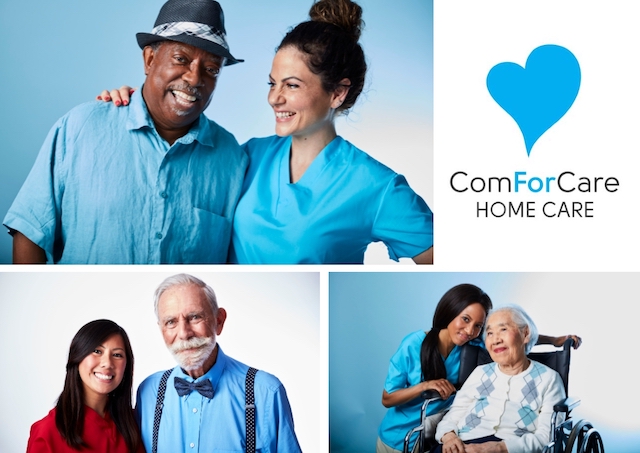 Revamps Recruitment Process as New Franchise Sales Are on the Rise

1.  The ongoing COVID-19 pandemic has meant different things to different organizations. For home care giant ComForCare, it has meant pivoting to new ways of approaching recruitment and onboarding. Since the start of the public health emergency, ComForCare has implemented the use of TextRecruit as a part of its recruitment process. The platform has allowed the franchisor to reach out to potential caregivers through text message, creating a crucial new line of communication at a time when applicants may be feeling overwhelmed.

2.  Lauren LaParl, human resources program manager for ComForCare, told Home Health Care News, “This is an additional form of communication to get in touch with our applicants. We know that people are getting inundated with phone calls and emails. And especially with COVID-19, there was so much communication going on. TextRecruit became a way for our owners to be able to easily and quickly send a text to an applicant or any candidate in their system.”

3.  ComForCare has been handling everything from scheduling interviews to sending out basic company information via text. The shift to text messaging during the recruitment process has yielded favorable results for the company thus far, particularly compared to emails and phone calls, according to LaParl.

4.  LaParl added, “We’ve seen really great success in terms of response rate. With email or phone calls, the response rates are usually quite a bit slower. The person needs to have more thoughtful responses, or they’re not near their email or their phone. But most of us have that text communication close.”

5.  As COVID-19 spelled the end of traditional networking, ComForCare also began strategizing about new ways to tap into a pool of caregiver candidates. Social media became one alternative to networking and recruitment events. “We used to encourage our owners to get out in the community, find different colleges or programs in the area to network with and to help build your recruitment,” LaParl said. “We often talk about how recruitment is similar to marketing, in that networking is so important. We unfortunately can’t use those more traditional techniques, so we’ve been focused on leveraging social media to share those jobs.”


6.  ComForCare owners are more frequently using social media platforms such as Facebook and LinkedIn to promote job openings. According to LaParl, “Whether it’s their personal or business social media pages, they can share that job to help boost their network, boost the visibility of the job and, in turn, increase the number of applicants. It has allowed us to continue to network, but in a way where we’re doing it virtually with our social media networks.”

7.  Like the majority of its peers, ComForCare has also begun leaning on virtual interviews held through online meeting platforms. With this shift, it was important not to lose the personal connection when it comes to recruitment, said LaParl. “We know how important it is to have that connection with your job seeker,” she said. “We always talk about how when you’re doing that virtual interview, it can really be a nice process for both the candidate and the owner. Your candidate can feel a little bit more comfortable at home. On the other side, whoever’s doing the interviewing can easily take notes and shorten their time when it comes to the recruitment process.”

8.  Since implementing virtual interviews, ComForCare has held a series of internal webinars to educate and keep owners up to date when it comes to processes. In addition to the success ComForCare has seen with the COVID-19-related revamp of its recruitment process, it has also been a fruitful time for franchise sales. Bobbie Doe, director of human resources for ComForCare, said, “We have actually seen, during this period of time, the sell of franchises to new owners has really been a popular choice for people who are looking to invest in a business. I think it’s because it is a recession-proof business, and something that people feel confident in during difficult economic times like this. It’s a needed service that won’t go away.”

9.  Overall, the company had opened 42 franchise locations across all brands at the time of the press release in September 2020. The company is also seeing its current owners grow their businesses, according to Doe. “At the beginning of the pandemic, things may have slowed initially, but we have remained pretty steady throughout,” said Doe. “After the initial spike in COVID, business actually started to take an upturn again. With senior care communities having to restrict admissions, there became more of a need for people to remain in their home and they needed home care.”

10.  During the public health emergency, various ComForCare locations began performing health screenings for local businesses and their workers. This became another revenue generator, according to Doe. “Some of our franchisees actually picked up those contracts to basically employ our caregivers to take temperatures and do the health screenings of their employees,” she said.

11.  In early August 2020, ComForCare and sister brand At Your Side Home Care became new members of The Alzheimer’s Foundation of America (AFA). The two brands joined AFA’s national network of member organizations with the goal of providing nationwide support, services, and education to individuals, families, and caregivers affected by dementia.

12.  ComForCare is part of Best Life Brands, a family of companies focused on the well-being of clients at any stage of life. The multi-brand organization also includes CarePatrol, the nation’s largest senior placement organization, and Blue Moon Estate Sales, the nation’s industry-leading estate sales franchise brand.

13.  AFA works hand in hand with its member organizations to provide resources to families affected by Alzheimer’s, especially through its National Toll-Free Helpline (866-232-8484) where licensed social workers can connect callers with services in their area.

14.  Sean Kajcienski, COO of Best Life Brands, said, “Our relationship with the Alzheimer’s Foundation of America will accelerate our efforts to help individuals with dementia-related diseases. We launched our DementiaWise program six years ago after seeing a real need for our clients and their caregivers to get stronger tools and support for managing dementia.”

15.  Charles J. Fuschillo, Jr., AFA’s president and CEO, said, “AFA works closely with our member organizations to help those affected by Alzheimer’s disease and connect them with programs, services and support. We are excited to welcome ComForCare to our member network and look forward to having them work with us to help people living with Alzheimer’s.”

16.  ComForCare was founded in 1996 by Mark Armstrong in Bloomfield Hills, Michigan. In addition to senior home care services, ComForCare offers in-home care for anyone with disabilities or those who are recovering from a surgery or hospitalization. After a few years of success, ComForCare started franchising in 2001.

17.  The brand quickly made a name for itself by creating thorough training programs designed to help franchise owners with staff retention. Through its CaregiverFirst program, as well as a comprehensive 10-step hiring process and opportunities for certification and job growth, ComForCare has created a system that finds and keeps the best and most talented caregivers.

18.  Over the next decade, ComForCare continued to grow around the United States and Canada. In 2017, ComForCare was acquired by The Riverside Company, a New York-based private equity firm. Two years later, Riverside established Best Life Brands, LLC, to oversee its home care brands, including ComForCare, At Your Side Home Care, and CarePatrol.