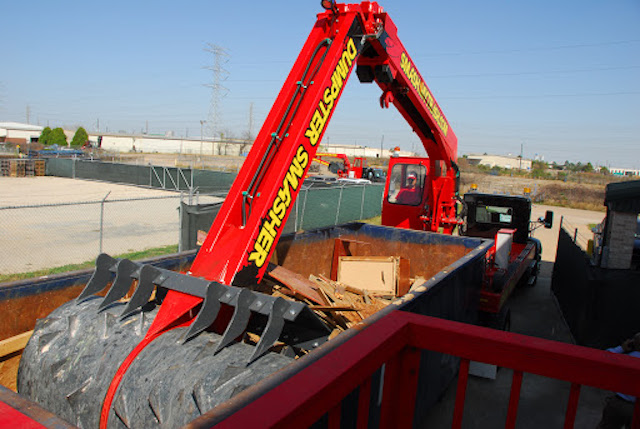 1.  In early December 2019, Franchise FastLane, the Omaha, Nebraska-based organization focused on helping emerging brands get the boost they need early in their franchise growth journeys, announced that it has partnered with Smash My Trash. Smash My Trash services include on-site smash services, whereby customers can reduce their dumpster haul volume by 70% or more. This dramatic gain in efficiency results in net savings to the customer of 20-30%.

2.  Smash My Trash began operating in Houston in 2016 and has expanded to the Texas cities of Austin, Dallas, and San Antonio. Its first franchise opened in 2019 in Oklahoma City, Oklahoma.

3.  Franchise FastLane has proved pivotal in the brand’s accelerated growth since the two companies’ partnership began in 2019. At the time of the press release, Smash My Trash had sold 29 markets, 20 of which were scheduled to open in 2020. Markets that would soon be serviced by a Smash My Trash franchise include Phoenix, Arizona; Orlando, Florida; Knoxville, Tennessee; and Salt Lake City, Utah.

4.  Overall, the brand anticipated it would have more than 100 markets sold by the end of 2020. “Our available territories are going very quickly,” a Smash My Trash representative said.

5.  In July of 2019, Smash My Trash was receiving a great deal of interest in its franchise offering and needed help sorting through leads. “[Partnering with Franchise FastLane] was really just a function of being inundated with franchise inquiries,” a brand representative said. “It was a wonderful problem to have, but our franchise development team was spending a tremendous amount of time fielding inquiries and leads. We needed to find a better way.”

6.  A member of the brand’s legal team recommended Franchise FastLane based on the company’s impressive track record serving emerging brands and overall industry reputation. Once Smash My Trash dug in, Franchise FastLane’s expertise proved to be an excellent fit for its needs.

7.  The Smash My Trash representative said, “First and foremost, Franchise FastLane specializes in service-based models. They clearly understand how to position concepts like ours for success. The team also spent a lot of time reviewing our FDD and ensuring our franchise model would appeal to the appropriate type of candidate, as well as to the broker universe.”

8.  Franchise FastLane was also a financially viable option for the emerging franchise, and was even more appealing due to its highly personalized service. “They have a boutique feel to them – they’ve been very professional, thorough and detail-oriented through the process,” the representative said.

9.  The rest, as they say, is history: Smash My Trash enlisted Franchise FastLane to handle franchise growth while it focused on its business operations and franchisees, creating a partnership that is only growing stronger by the day. “Thanks to Franchise FastLane, we can now focus on operational responsibility as opposed to being on the phone all day long,” the Smash My Trash representative said.

10.  For the Franchise FastLane team, the success already seen with Smash My Trash is further evidence of the viability of the company’s approach to franchise growth. Franchise FastLance CEO Ryan Zink said, “Now that we’ve gotten started, Smash My Trash is currently leading all of our partner franchisors with the largest new lead flow, because candidates recognize how transformative the business is. Such a strong offering has made the sales presentation a winner, especially when it comes to calling out the simplicity of the brand’s operations. We’re excited to see where Smash My Trash grows.”

How Smash My Trash Saves Businesses Money on Waste Hauls

11.  Smash My Trash is dedicated to helping businesses across the United States reduce their waste hauls and cut costs from their waste management budget. Commercial waste removal is an important part of keeping many businesses going. However, it can be costly, and sometimes clients end up in expensive and unhelpful contracts with a waste management company.

12.  The waste management companies haul away half-full dumpsters while businesses pay full price or are charged exorbitant hidden fees. Smash My Trash says that its services are a perfect way to cut down on waste management costs so businesses can save money without having to eliminate essential functions or scrimp on important business costs.

13.  Haul fees vary from market to market, but no matter what city a business calls home, these haul-off fees really can add up throughout the year. Smash My Trash’s clients in Houston pay between $300 and $350 for every haul off, while clients in Nashville pay around $800 for every haul off. On top of that, commercial management companies tend to add 22 to 25 percent to these totals for fees and other charges. If a business is paying for hauls every week, this can add up quickly to tens of thousands of dollars every year just in waste removal. It can have a major impact on the bottom line.

14.  Waste management companies usually charge their clients in one of two ways:

15.  In either of these scenarios, Smash My Trash can help. If a client pays a flat hauling fee, they save money because they’re paying fewer hauling fees. The trash is compacted, so more waste can be contained within the dumpster, and clients can make fewer haul requests to their management company.

16.  If a client pays for waste management by weight, they still save plenty of money. While they’re still eventually paying the same amount for the total weight of waste, with Smash My Trash’s services, clients are paying for far fewer haul offs. Even if a client is throwing away 10 tons of trash, with Smash My Trash, they’re not paying for 10 waste hauls at one ton each. Instead, clients might only be paying for two hauls at five tons each.

17.  Say a client has a dumpster full of pallets. They’re incredibly lightweight, but they take up a great deal of space, with lots of voids and open spaces between pallets. The dumpster is full, but the overall weight is pretty light; a few pallets quickly can fill an entire commercial dumpster. Smash My Trash’s Smash Truck rolling drums break up these pallets into much smaller pieces, taking out the air and reducing the volume of the waste in a commercial dumpster.

18.  The brand also helps clients spend less time managing their commercial dumpsters. Clients don’t have to check constantly to see if dumpsters are full. Smash My Trash will alert clients that it’s time to contact their waste management company when Smash My Trash feels like it can’t smash clients’ trash anymore. Smash My Trash takes care of the worry and the timing of dumpster management.

19.  Smash My Trash was founded in 2015 by Justin Haskin in Houston, Texas. According to the brand, its services are the most environmentally-innovative technology introduced in the waste industry in at least the last 20 years. Smash My Trash’s goal is to reduce trash hauls by smashing the trash down with an efficient and effective machine, reducing the average amount of trash by 80%.

20.  Smash My Trash management saw a changing trend and the obvious need for a professional service that could help customers who are spending too much in waste disposal. Waste disposal costs only increase each year. With few exceptions, customers have no choice but to accept the waste industry status quo. Smash My Trash’s Smash Machines reduce total waste costs by 20-40%. The proprietary machines put customers back in control of their waste budgets.

22.  Smash My Trash began franchising in 2018 and there are now a few locations around the United States.

Next post: Q&A with Joe Guith, President of McAlister’s Deli