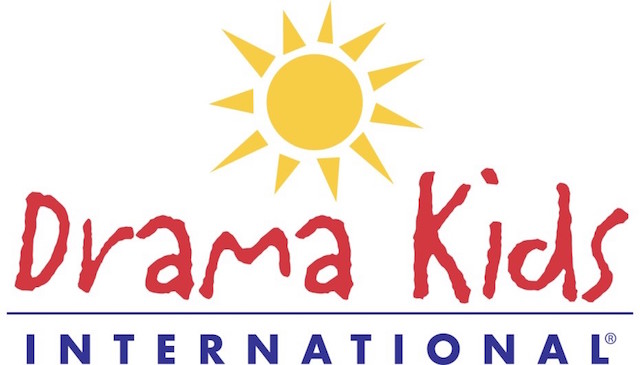 1.  Drama Kids International continues to seek franchisees around the world and provides several reasons for why its franchises have advantages over the competition. Drama Kids is an educational company and home-based franchise opportunity that shares performing arts and public speaking skills with students of all ages. While classes are fun and entertaining for students, the program also builds life skills.

2,  The Drama Kids franchise curriculum is designed to effectively develop public speaking skills, acting skills, confidence, and self-esteem – all while the children are having serious fun. All curriculum content, music, and lesson plans are provided to owners for each lesson and summer camp program.

4.  Children can enroll at any time, assuming class space is available. Drama Kids does not have “enrollment time” which limits enrollment options for families. This is a tremendous business advantage for the program over other child-related businesses.

5.  During the school year, Drama Kids goes to where the kids are. This system provides excellent proximity to students, convenience to parents, and a very low cost structure for the franchise owner. Drama Kids’ Community Programs are held at community centers, retail facilities such as dance studios, or other halls that can be rented in the after-school hours. Business owners who currently operate a retail facility can easily add Drama Kids to their programs. Flat, open floor space is all that’s needed to run a Drama Kids franchise.

6.  Drama Kids’ In-School Programs are offered in schools as part of a school’s after-school program usually in sponsorship with the school’s PTA or PTO. Either via its Community Programs or In-School Programs, Drama Kids’ unique flexibility to go where the kids are is a significant business advantage. Drama Kids’ delivery system offers a very low cost structure to the franchise owner and considerable scheduling and travel ease for parents and students.

7.  Summer camps are one of the fastest-growing segments of the child enrichment industry and Drama Kids’ Summer Camp Programs are in “hot” demand. Drama Kids provides the curriculum for 10 separate week-long camps that franchisees offer on either a half-day or full-day basis.

8.  Prior to the opening, all home-based franchise owners are fully trained in all aspects of the business – hiring, management, teaching, marketing, and administration. To make it easier, music CDs, training DVDs, operations manuals, and a teachers’ manual are part of the basic training curriculum. Drama Kids’ first year New Franchise Owner Training schedule provides a one-week Initial Training Program followed by an on-site support visit during the first year.

9.  The franchise owner has the benefit of Drama Kids’ trade names and logos, as well as an effective National Advertising Fund that is used to develop the Drama Kids brand name across the USA. Franchise owners keep their businesses on the leading edge of technology without extra time or cost. Drama Kids maintains a high quality website and franchise owners receive 8 web pages to post items such as class schedules, local information about themselves and their teachers, and student and parent testimonials.

10.  Drama Kids’ advertising and marketing programs have been devised through the experience and assistance of top advertising agencies. Direct mail, newspaper advertisements, and colorful brochures and mailers are just a few ways the brand helps franchisees advertise their business. Drama Kids’ marketing programs are effective while also economical. Interest in Drama Kids is strong, both from local and national media with stories in USA Today, Entrepreneur Magazine, the Washington Post, and Franchise Times.

11.  The children’s activity industry has been one of the fastest-growing segments of the economy over the past decade, and childhood enrichment interest does not stop when there is an economic downturn. Drama Kids is a recession-resistant business. Parents appreciate Drama Kids’ focus on the development of their children which Drama Kids offers at a very reasonable price.

12.  The size of the Drama Kids organization provides for lower costs for franchisees on items they will want to use in their business, such as color brochures, background check services, registration software, and the popular “Drama Rocks!” t-shirts, just to name a few.

14.  According to Drama Kids International, the strength of a franchise organization lies in its proven systems. Drama Kids is for anyone interested in children’s franchises that focus on after-school performing arts programs. Business experience is helpful, but it doesn’t matter whether it’s in the educational business, performing arts, or something completely different. If someone is willing to work hard, listen to what Drama Kids has to teach, and follow its proven systems, then success will follow.

15.  Drama Kids is looking for results-oriented children’s franchise owners who are outgoing, entrepreneurial, and have the support of family and friends. Qualified candidates will be enthusiastic with an interest in the education of children, commitment to quality, and strong people skills.

16.  Drama Kids also want its candidates to dedicate their time and their effort on a full-time basis. The brand’s franchise owners can build relationships, lead a team, and have the motivation to excel. Drama and teaching experience is helpful, but not required. Potential franchisees must also be willing to show that they’ll make a full-time effort to grow their Drama Kids business.

17.  While Drama Kids is an affordable children’s franchise investment that would be perfect for drama and theater teachers, it doesn’t matter whether a potential franchisee has ever taught a child. Drama Kids has developed a carefully constructed system and professionally developed curriculum over its many years in business that includes detailed lesson plans for each class, which makes its methods superior to those of other children’s programs. The brand provides everything franchise owners need to succeed, and teaches them how build their business. Teaching Drama Kids lessons is a highly trainable skill – Drama Kids trains its franchisees so well that they can effectively train their own managers and employees.

18.  Part of Drama Kids’ corporate culture is making sure that its students and their parents remain satisfied and that first-rate classroom experience is offered every time. Potential franchisees shouldn’t be intimidated by the fact that they’ve never taught professionally. Drama Kids could still be the perfect affordable children’s franchise investment for anyone. Drama Kids franchise owners come from all walks of life. Its franchisee family includes people from such varied sectors as human resources, sales, marketing, technology, and education. What they have in common is a desire to own their own business and a commitment to following the Drama Kids system to make a difference in children’s lives.

19.  Drama Kids’ staff is dedicated to supporting the success of their franchisees. The brand provides a telephone and webinar based “Quick Start” training program, followed by a 40-hour week of training. After the initial training program is complete, a member of Drama Kids’ team will visit new franchise owners in their market to help them get started. From there, Drama Kids continues to provide franchise owners with superior support throughout their experience as an owner in its affordable children’s franchise program.

20.  Drama Kids International was founded in 1979 when Australian actress Helen O’Grady started offering after-school drama classes to children in Perth, Australia. O’Grady’s classes were really popular and after running the program in an informal setting for several years, O’Grady established a proper school in 1985.

21.  The program that O’Grady developed uses various fun and fast-paced drama activities to build children’s speaking, acting, and social skills. Drama Kids runs on a 40-week school year basis, and consists of single, hour-long classes each week. Each year ends with a performance for family and friends.

22.  After opening a few more Drama Kids locations around Perth, O’Grady started franchising the concept in 1989 both domestically and internationally. Since then, Drama Kids has established locations in the United States, Australia, New Zealand, South Africa, Southeast Asia, and Europe.

Next post: Q&A with Maureen Anders, Co-Founder and CEO of AR Workshop