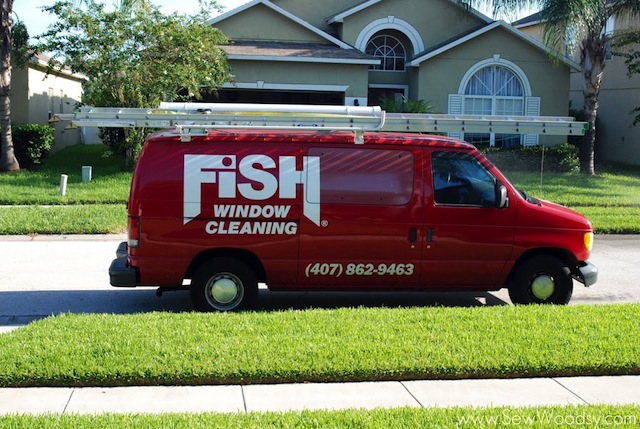 2.  Randy Cross, president of Fish Window Cleaning, said, “FISH is extremely grateful to be recognized in the Franchise Times Top 200+. We have been working together with franchisees since 1998 after spending 20 years prior to that perfecting our model. Franchisees choose Fish Window Cleaning because they want to be a part of a great franchise system that strives to be the best! FISH has been in the window cleaning business since 1978 and this list proves that Fish Window Cleaning continues to be a premier choice for entrepreneurs looking for a franchise that will stand the test of time.”

3.  In March 2020, Fish Window Cleaning launched a campaign encouraging people to think twice before climbing a ladder to clean out or wash second-story windows. March was National Ladder Safety Month, and FISH is passionate about ladder safety.

4.  According to the Centers for Disease Control and Prevention (CDC):


5.  Ladder danger is much more prevalent than many Americans realize. The goals for National Ladder Safety Month are to educate residents, business owners, and workers on the risks associated with ladder usage, heighten awareness of the danger, and promote proper ladder training.

6.  Fish Window Cleaning has led the industry with a premier safety program designed to ensure the protection of both FISH cleaners and customers. FISH window cleaners are licensed, bonded, insured, and committed to providing clients with quality service.

7.  Randy Cross, president of Fish Window Cleaning, said, “We take ladder safety very, very seriously. We pride ourselves on always maintaining the highest level of safety in all aspects of our business. That’s why we have strict safety training and practices in place and adhere to OSHA safety rules. We value our customers’ safety, which is why we always recommend bringing in a professional to help clear out gutters and clean high-up windows.”

8.  On a final note, Fish Window Cleaning offered some tips to avoid an injury or fatality:


9.  In early October 2020, a Janesville, Wisconsin woman recently diagnosed with breast cancer received a free window cleaning from the Madison Fish Window Cleaning franchise. Chrissy Holcomb was diagnosed with stage one breast cancer just before the pandemic began. COVID-19 has made things complicated, especially for getting surgeries.

10.  As part of breast cancer awareness month, Fish Window Cleaning in Madison offered free cleanings to women battling cancer to take a load off their minds and help improve their moods. The owner, Holcomb’s aunt, reached out to her with the offer she said she couldn’t refuse.

11.  Holcomb said, “They offered to clean not only the window I wanted done, but the whole inside and outside of my house for free. I feel very fortunate to be chosen to have the windows cleaned. They’re beautiful. It would have been out of my budget to have it done. It’s not even something I would have thought about.”

12.  Fish Window Cleaning was founded in 1978 by Mike Merrick in St. Louis, Missouri. Before starting Fish Window Cleaning, Merrick was the branch manager of Farm and Home Savings and Loan. In January of 1978, Mark Stobe, who cleaned the windows of Farm and Home Savings Loan every four weeks, told Merrick that he was going to sell his business, which at the time had 100 commercial accounts.

13.  Merrick set up a meeting to look over Stobe’s books and while he was initially hesitant to dive head first into owning his own business, Merrick’s decision was made for him when he was let go from his job. Without a new job lined up, Merrick bought Stobe’s window cleaning business and changed its name to Fish Window Cleaning because of the Christian fish symbol and because of Merrick’s belief that God opened up this window of opportunity.

14.  Initially, Merrick was the only window cleaner and he learned a lot about the window cleaning industry. Demand for Merrick’s services grew and in 1998 he started franchising the Fish Window Cleaning concept. The first franchised location opened in Tampa, Florida.

15.  Today, 80 percent of Fish Window Cleaning’s business is commercial properties, including ground level storefronts and one- to three-story office buildings. The remaining 20 percent is residential. Merrick’s sons have joined him in running Fish Window Cleaning and there are now locations across the country.