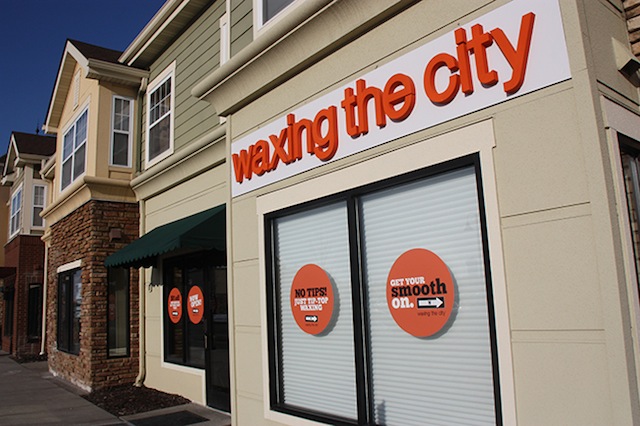 1.  At the beginning of August 2020, Self Esteem Brands (SEB) unveiled a $1 million SEB Relief Fund to provide direct financial assistance, in the form of one-time $500 grants, to the thousands of franchise employees and corporate studio and club staff across the SEB brand portfolio – including Anytime Fitness, Basecamp Fitness, The Bar Method, and Waxing the City – who have been impacted by pandemic-related layoffs or furloughs.

3.  According to Chuck Runyon, co-founder and CEO of SEB, “This year has been incredibly challenging for our members, employees, franchise owners and their staffs, and our communities. They’ve endured an unpredictable pandemic and are faced with continued uncertainty over COVID-19, their personal health, their employment, and their economic stability. The SEB Relief Fund is a way that we can help them navigate this uncertainty as our franchise owners, clubs and studios work to adapt to a new normal in the fitness and wellness industry.”

4.  The first round of applications opened July 21, 2020 with more than $150,000 in grants already dispersed at the time of the announcement. Grants will be awarded to eligible applicants on a first-come, first-served basis.

5.  Qualified recipients include franchise employees and independent contractor personal trainers, as well as club and studio employees of corporate-owned Anytime Fitness clubs, Waxing the City studios, Bar Method studios, and Basecamp studios, who were furloughed or laid off as a result of COVID-19 closures and who incurred qualifying financial costs. All applicants must have been employed in good standing at the time of furlough or layoff.

7.  In late January 2020, Self Esteem Brands announced that two of its brands, Waxing the City and Anytime Fitness, ranked in Entrepreneur magazine’s Franchise 500, the world’s first, best, and most comprehensive franchise ranking. Placement in the Franchise 500 is a highly sought-after honor in the franchise industry, making it one of the most competitive rankings ever.

8.  Recognized as an invaluable resource for potential franchisees, the Franchise 500 ranks Anytime Fitness and Waxing the City as No. 20 and No. 273, respectively. These rankings are a testament to both companies’ strength as a franchise opportunity while enhancing the Self Esteem Brands portfolio. Key factors that go into the Franchise 500 evaluation include costs and fees, size and growth, support, brand strength, and financial strength and stability.

9.  Playing a dominant role in the beauty industry, Waxing the City continues its aggressive growth trajectory – now boasting 118 locations open and operating at the time of the announcement. Company executives continue to identify strategic franchise partners in 2020, putting a heavy focus on growing the brand’s footprint in key markets across the country.

10.  In addition to franchise growth momentum, Waxing the City also named a new brand president, Nick Herrild, who in 2019 was promoted from his role as vice president of franchise support and brings 15 years of experience growing franchise brands.

11.  Chuck Runyon, co-founder and CEO of Self Esteem Brands, said, “Being recognized in this highly competitive ranking doesn’t just get our team excited, it gets us motivated – because we’re one step closer to our mission of improving the self-esteem of the world. All our brands have tremendous growth potential and provide our members and clients with the finest services available, but the real credit falls on our franchises. We’re not looking to simply grow a franchise brand – we’re searching for local entrepreneurs who share our passion for building relationships and helping others so that we can achieve our vision across the globe.”

12.  Waxing the City was founded in 2003 by Summer Vasilas, Marilyn Hartshorn, Robin Schoh, and Alex Arlotta in the LoDo neighborhood of Denver, Colorado. Prior to starting her own waxing salon, Vasilas had spent many decades working in various salons and refining her skills. Vasilas was passionate about her work and knew that someday she wanted to open a studio exclusively dedicated to waxing. When Waxing the City opened in 2003, it was the first studio in Colorado that focused on providing facial and body waxing services.

13.  Following the success of the first Waxing the City location, Vasilas and her business partners opened more salons in the Denver area. In 2010, Waxing the City started franchising and began expanding outside of Denver, with the first franchised location opening in Dallas, Texas. Waxing the City continued to grow over the next few years and in 2012, the company was acquired by Self Esteem Brands, parent company of Anytime Fitness, Basecamp Fitness, and The Bar Method.