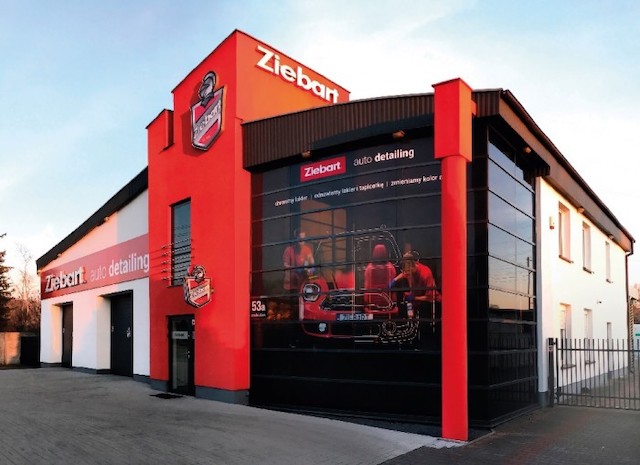 17 Things You Need to Know About the Ziebart Franchise

1.  In mid-June 2020, Ziebart promoted three veteran employees to senior-level positions in finance, marketing, and operations, in an effort to get ready for a strong second half of the year. The brand announced the promotions of Brian Jackman to vice president and treasurer, Larisa Walega to vice president of marketing, and Jason Theisen to director of franchise operations.

2.  Among the many positions Jackman has held at the company over the past decade, he most recently served as Ziebart’s director of corporate finance, where he played an instrumental role in streamlining the accounting department. In his new role as vice president and treasurer of Ziebart International Corporation, Jackman’s responsibilities include all aspects of corporate financial functions, including financial and tax reporting, cash management, being a liaison to independent auditors, banks and investment institutions, distribution functions, and control of corporate assets.

3.  With 11 years at the company, Walega has spent the past seven years as director of marketing. Now, as vice president of marketing, her key responsibilities include building and executing a holistic brand awareness strategy through digital marketing, sales promotion, public relations, store layout, and marketing of new products and services. Walega manages the internal marketing team at Ziebart, as well as vendor partner relationships.

4.  During his 16-year career at Ziebart, Theisen worked his way up from technician at a local store to management and eventually corporate sales. As the director of franchise operations, Theisen is responsible for U.S. regional sales, product sales, and technical support and customer service.

5.  Thomas E. Wolfe, president and CEO of Ziebart International Corporation, said, “All three of these loyal team members have devoted years of hard work and proven their ongoing value to the Ziebart brand, as well as to our franchisees and dealers around the world. Before the pandemic and throughout, Brian, Larisa and Jason remained committed to Ziebart’s core values of Honesty, Passion, Innovation, Teamwork and Legacy. We look forward to the important role they will play in the future of our great brand.”

6.  At the end of May 2020, Ziebart announced that it had received confirmation from appropriate federal agencies that its Disinfecting Interior Detailing Service kills coronavirus, including COVID-19, plus 99% of other germs and bacteria. The news came just as states began to loosen restrictions and car usage began to rise. As a result, the company reported increased inquiries about vehicle disinfecting – particularly regarding killing coronavirus.

7.  According to Edmund Russell, director of product development and technical support for Ziebart, “Now that many municipalities are beginning to gradually re-open previously non-essential businesses, consumers are driving more places and realizing their cars can be a connector of germs between public places and their homes. We are receiving more requests and inquiries on how to disinfect their vehicles and kill coronavirus.”

11.  In March 2020, not long after the COVID-19 pandemic became a serious threat in the United States, several Ziebart franchisees gave back to their local communities by offering free disinfectant wipe downs of highly-touched areas for all first responder vehicles.

12.  First responders could go to their local participating Ziebart store for a detailed anti-bacterial wipe down on high-traffic/touched areas such as door handles, steering wheels, etc. With this zero-contact service, first responders waited outside their vehicle while the Ziebart technicians wiped down the high-touch areas.

13.  Thomas E. Wolfe, president and CEO of Ziebart, said, “In a time of crisis, giving back and banding together as a community raises spirits and provides hope. In the end of all this, you can look back and say you tried to do your part by doing the right thing.”

14.  Ziebart was founded in 1959 by Kurt Ziebart (and two other investors) in Detroit, Michigan. While working in a Packard body shop, Ziebart saw firsthand the effects of rust on cars and began looking for a way to protect cars against it. Eventually, Ziebart created a process called rustproofing, which was the first successful method of protecting an automobile from corrosion. The method became so widely used that “Ziebart-ing” or “Ziebart-ed” is now a generic term for rustproofing. Ziebart’s rustproofing was an instant success and franchising began in 1962.

15.  The following year, Kurt Ziebart decided to sell the company to an investor group led by Roger Waindle. Waindle also acquired the right to the name Ziebart, which he registered with the company’s trademark, a helmet and shield design. Additionally, Waidle made sure to patent the rustproofing process.

16.  Over the next few decades, Ziebart continued to expand around the U.S. and Canada. Ziebart also added other services to its lineup and also acquired smaller competitors. Today, there are Ziebart locations in over 33 countries.