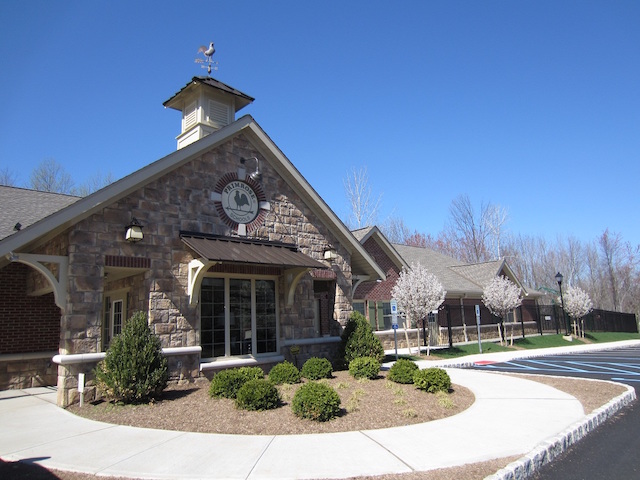 21 Things You Need to Know About the Primrose Schools Franchise

1.  In mid-February 2020, Primrose Schools announced its significant achievements in 2019, propelling nationwide growth and experiencing a surge in franchise development with:

2.  Primrose’s significant growth and dedication to franchise owners in 2019 resulted in the brand being recognized with numerous industry awards including Forbes’ 2019 Best Franchises to Buy. In addition, the brand’s compounded success throughout the years earned Primrose the title of the No. 1 child care franchise in the 2020 Entrepreneur Franchise 500 list for the fourth consecutive year.

3.  Steven Fricker, chief development officer for Primrose Schools, said, “Year after year, Primrose has continued to prove itself as an industry leader backed by development milestones and industry recognitions. This past year has only reinforced our position as a sound franchise opportunity matched by innovative expansion strategies and flexible real estate options. As a result, we kicked off 2020 with more than 400 locations open and a strong pipeline in place with our Franchise Owners prepared to further Primrose’s growth in the coming year.”

4.  On the heels of these achievements in 2019, Primrose is driving its aggressive development efforts in 2020 and targeting growth in key markets including Boston, Washington D.C., Chicago, Phoenix, and Seattle while opening in three new states: Iowa, Michigan, and New York. Primrose’s continued expansion is further fueled by the increasing demand for quality early education in communities where Live-Work-Play-Learn values continue to shape their development landscape.

5.  As these neighborhoods prioritize education, recognizing it is the final piece to a thriving community, Primrose is able to leverage its history as a stand out leader in the early education space in order to provide ample opportunity for new and existing franchise owners.

6.  Fricker added, “Our success in 2019 was a direct reflection of the ongoing critical need for high-quality early education, as families throughout the country face long waiting lists and limited options for their children. For these reasons, we’re seeing a surge in franchise ownership interest from prospective and existing Franchise Owners seeking an opportunity to impact their communities in a meaningful way while owning a financially rewarding business with a proven successful model.”

7.  In mid-April 2020, Primrose Schools Children’s Foundation, the charitable arm of Primrose Schools, a high-quality early education and care leader, announced that it partnered with Save the Children by pledging $100,000 to their national campaign #SAVEWITHSTORIES to support children impacted by COVID-19.

8.  Millions of children in the United States go to school not just to learn, but also for breakfast, lunch, and sometimes dinner. As schools closed due to the pandemic, Save the Children launched #SAVEWITHSTORIES in partnership with Jennifer Garner and Amy Adams to share beloved children’s books on social media, offering fun and education while raising awareness and money to provide proper nutrition and educational resources to children affected by the pandemic.

11.  In mid-October 2019, Primrose Schools brought together a record number of franchise owners from all of its locations at its national conference to plan for the future following a period of significant growth for the company. At the conference, Primrose franchise owners aligned on future strategy and growth plans, heard from third-party business experts, shared best practices, and participated in small breakout sessions on topics tailored to their personal business objectives.

12.  Primrose Schools also announced its most prestigious recognition of top performance – the Franchise Owner of the Year award – to the owners of Primrose School of NW Oklahoma City: Sarah Albahadily, Andrea Choate, and Ashley Hughes. Overall, Primrose recognized the franchise owners of 13 schools for top performance in a variety of categories as part of its 2019 national conference.

13.  Jo Kirchner, CEO of Primrose Schools, said, “Andrea, Ashley and Sarah live the Primrose vision every day, delivering the best and most trusted early education and care to the children and families they serve. Their love for the community and passion for providing an unparalleled early learning experience is evident in everything they do, and I’m thrilled to recognize them with this much-deserved honor.”

14.  The Franchise Owner of the Year award honors exceptional franchise owners for their leadership and dedication to delivering high-quality early education and care to the children and families in their communities. Criteria also includes a demonstrated commitment to the Primrose Schools Standard of Excellence Accreditation, a rigorous and recurring evaluation that all Primrose schools undergo to ensure the quality of school staff and culture, parent relationships, curriculum implementation, staff training, campus environment, and philanthropic involvement.

15.  Sarah Albahadily, franchise owner of Primrose School of NW Oklahoma City, said, “We are incredibly honored to receive this recognition. It’s a dream come true to deliver the best early learning experience possible to the children and families in our community. This award belongs to our entire school team who share our passion for high-quality early education – we couldn’t do it without them!”

16.  Primrose Schools was founded as Primrose Day School in 1982 by Paul and Marcy Erwin in Marietta, Georgia. The Erwins wanted to offer an early childhood education program that was different from the other preschools at the time, which primarily focused on play. Instead, the Erwins decided to make education the center of Primrose’s curriculum. The Primrose Day School concept was a success and a few more schools followed in the area.

17.  In 1988, Jo Kirchner, Primrose’s current president and CEO, was hired as a consultant to help shift the then half-day preschool to a full-day model, as well as to assist in the launch of the Primrose franchising concept. By 1990, Primrose was ready to start franchising.

19.  The Erwins retired from the company in 1999 and sold it to Greenwich, Connecticut-based Security Capital Corporation. Jo Kirchner was appointed as Primrose’s president and CEO at that time. Primrose Schools continued to expand across the U.S. over the next few decades.

20.  In 2012, Primrose Schools was the first preschool to receive AdvancED’s Corporation Systems Accreditation under the new Early Learning Standards. Today, there are Primrose Schools across 23 states.

Part 1 – Summary of Annual Revenues of Franchised Schools During the Period January 1, 2019 Through December 31, 2019