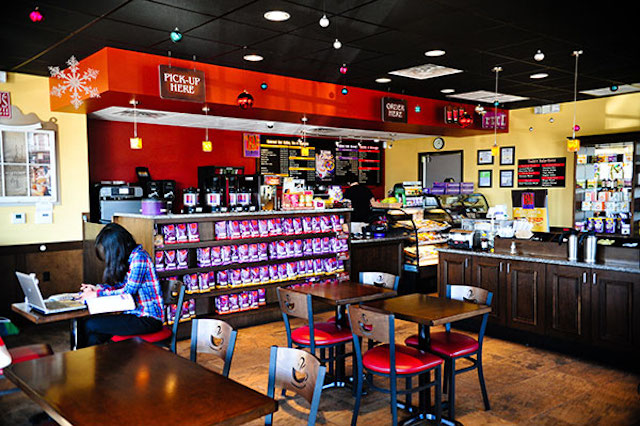 Partners with Sodexo for Expansion with United States Marine Corps

1.  In early July 2020, PJ’s Coffee of New Orleans launched a partnership with Sodexo, the world’s leading provider of food services, to feature its coffee in select United States Marine Corps bases across the country, spanning from California to South Carolina. Military personnel can enjoy an array of coffee blends in 51 mess halls and 62 “brew stations,” within nine bases.

2.  PJ’s Coffee currently operates over 100 stores in 13 states in the U.S., and Vietnam and Kuwait. The company expects to open 35 to 40 new stores this year.

3.  Continuing its support of our nation’s active duty and veteran military members, PJ’s Coffee is also launching a new blend: Sunrise Salute. The medium roast coffee blend will be available for purchase on www.pjscoffee.com.

4.  To show gratitude to active duty and veteran military members, PJ’s Coffee made a donation to Fisher House Foundation, a non-profit organization building comfort homes where military and veteran families can stay free of charge while a loved one is in the hospital. The donation will directly benefit the new Fisher House location that is currently being constructed in New Orleans, Louisiana.

6.  Peter Boylan, president of PJ’s Coffee and a U.S. Army veteran, added, “The PJ’s family includes many U.S. veterans which makes this partnership with the Marine Corps that much more exciting for us. We have a passion for supporting our military community and are thrilled that we can give a taste of our coffee to our brave men and women in uniform in conjunction with Sodexo’s expertise in serving our troops in bases across the country.”

9.  “PJ’s Coffee of New Orleans serves an outstanding product and we’re proud to have them as our coffee partner in nine Marine Corps base camps,” says Brett Ladd, CEO of Sodexo Government Services Division.

10.  At the end of June 2020, Rouses Markets and PJ’s Coffee of New Orleans, two iconic Louisiana brands, came together to create a special coffee blend to celebrate a milestone anniversary for the grocery retailer. Rouses’ 60th Anniversary Dark Roast Coffee is the newest addition to the grocer’s line-up of coffee blends and is available in both 12-ounce bags (retail $5.99) and 12-count single-serve boxes (retail $5.99) in all 64 stores throughout the Gulf Coast. The blend will be available for purchase in stores through 2020.

11.  Donny Rouse, CEO of Rouses Markets, approached PJ’s Coffee Roastmaster Felton Jones in May 2019 to start the process of creating the right blend for the brand. Jones hosted Rouse for a cupping, a tasting technique used by producers and buyers of coffee from around the world to check the quality and flavors of a batch of coffee, to find the right flavor profile. The final product is the 60th Anniversary Dark Roast blend, which has a rich flavor with a nut-like finish.

12.  According to Jones, “Rouses and PJ’s Coffee have a longstanding partnership and we were excited to work with them to create a unique, robust coffee blend for their 60th anniversary. We look forward to celebrating a fellow Louisiana brand for many years to come.”

13.  PJ’s Coffee beans are imported from Finca Terrerito, a Honduran coffee farm that PJ’s Coffee adopted in 2016. Jones works directly with farm owner Al Lopez to identify and source the highest-quality coffee, using the top 1% of Arabica beans. By working with PJ’s Coffee, Rouses Markets is directly supporting the small farm and its immediate community.

14. “PJ’s has been producing outstanding coffee for over 40 years and we could not think of a better Louisiana partner to create such a special blend,” said Rouse. “We know our customers will thoroughly enjoy the dark roast blend celebrating 60 years as the number one grocery retailer in the Gulf Coast.”

15.  In late August 2019, PJ’s Coffee signed a multi-unit deal to bring three new locations to Mobile and Baldwin counties. The shops will be Alabama’s first PJ’s Coffee locations and will set the brand’s rapid franchise expansion plans for the state in motion. The multi-unit deal was signed by Alabama locals, the Dodich family – a father and his two sons who have found success in the franchising industry for the past fifteen years.

16.  Kickstarting franchise development, the first location in Alabama is projected to open in Mobile in early 2020. Following this development, PJ’s Coffee has set eyes on bringing 45 additional locations to the state within the next five to seven years, strategically targeting Mobile (10), Birmingham (10), Montgomery (10), Tuscaloosa (5), and Huntsville (9).

17.  Harry Dodich, who is also a Planet Fitness multi-unit owner, said, “We’ve lived in Alabama our whole lives and are thrilled to be opening the first PJ’s Coffee in our home state. Many of our friends visit PJ’s Coffee during their trips to New Orleans, so we know its name recognition, paired with its diverse coffee menu, will lead to rapid expansion throughout Alabama.”

18.  Ryan Stansbury, vice president of franchise development for PJ’s Coffee, said, “The Southeast has long been a targeted growth market for PJ’s. Alabama is right smack in the middle of this targeted area. Its proximity to New Orleans, the economic growth opportunity, and the fact that local residents are already familiar with the PJ’s Coffee name have made it a very attractive market to focus our efforts. We have full trust in our franchisees to be tremendously successful throughout the state.”

19.  PJ’s Coffee was founded in 1978 by Phyllis Jordan in the Carrollton neighborhood of New Orleans, Louisiana. Jordan, who had recently moved to New Orleans from Des Moines, Iowa, was inspired to open up her own coffee shop after enjoying spending time at her friend’s bookstore/coffee shop. Over the next decade, Jordan opened additional PJ’s Coffee shops around the Greater New Orleans area.

20.  In 1989, Jordan started franchising the PJ’s Coffee concept and opened the first stores outside of New Orleans in Hammond, Louisiana, and Picayune, Mississippi. Over the next few years, PJ’s Coffee expanded to other areas of the Southeastern U.S. as well as California. In 2002, Jordan sold PJ’s Coffee to Raving Brands, an Atlanta-based firm.

21.  Less than a decade later, PJ’s Coffee was acquired by New Orleans natives and brothers Paul, Steven, and Scott Ballard of Ballard Brands.