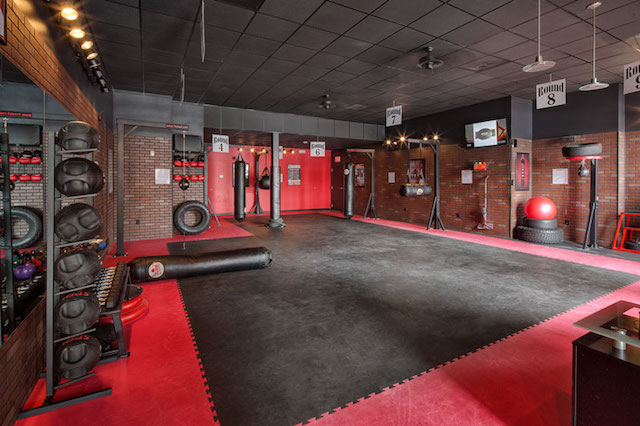 21 Things You Need to Know About the 9Round Franchise

Wraps Up Record-Setting Year With Entry Into Its 20th Country

1.  In early January 2020, 9Round rang in the new year with locations now open and operating across 20 countries. Just prior to the new year, the brand celebrated its first grand opening in Spain, where the country’s inaugural 9Round studio is now up and running in Barcelona.

2.  Shannon Hudson, founder and CEO of 9Round, said, “Along with our minority partner Lift Brands, the organization that is leading 9Round development across Europe, we eagerly awaited the introduction of our fitness model to the people of Spain. 9Round’s successful opening in Barcelona last month was the ‘cherry on top’ to an incredibly impressive year overall for our brand.”

3.  Throughout 2019, 9Round celebrated a total of 104 grand openings, with 31 of those openings occurring outside of the United States and Canada. Milestone agreements finalized throughout the year resulted in international openings not only in Spain, but also in Singapore, Guatemala, Ecuador, and Northern Ireland.

4.  Furthermore, the brand finalized agreements in 2019 for future development domestically in Vermont and internationally in Colombia, Qatar, Indonesia, and Vietnam. All of these new agreements outline plans to have those territories’ first studios open before the close of 2020.

5.  Other highlights for the year included:


6.  Hudson added, “Ending this past year on the high note of expanding our international roster to 20 countries worldwide marks a special milestone for our brand, setting the tone for what we anticipate will be another remarkable year of growth in 2020. We have big plans in store for the brand this year, and I look forward to implementing those and identifying new ways we can excel in the coming months.”

7.  Near the end of May 2019, 9Round celebrated a major milestone with the opening of its 800th location. This milestone club, located in Apopka, Florida, just northwest of Orlando, is one of 36 new 9Round locations opened in 2019 (at the time of the announcement) across the United States and Canada alone.

8.  The historic grand opening in Apopka comes after an especially successful year of domestic and international growth in 2018, during which the brand celebrated its tenth anniversary with more than 200 grand openings around the world.

9.  Shannon Hudson, founder and CEO of 9Round, said, “We are thrilled that our kickboxing-themed fitness programming is now available in more than 800 locations around the world, as our goal remains to make people ‘stronger in 30 minutes’ in as many locations as possible. With plans to have 1,000 studios open and operating globally by the end of 2020, this monumental achievement is validation that our workouts are making the international impact we hoped for.”

10.  The studio is locally owned and operated by franchisees Sherman and Tekia Florence. As long-time fitness enthusiasts, the pair looks forward to introducing 9Round’s unique and effective kickboxing workouts to their community.

11.  Sherman Florence added, “Knowing that the grand opening of our first 9Round location as franchisees marks such a significant accomplishment for the brand as a whole is truly an honor. We are proud to be joining the network at such a significant time in the brand’s history, and we look forward to growing 9Round’s presence in our own territory.”

12.  In late July 2019, 9round opened its first women’s-only branch in Saudi Arabia. The new location is in Saudi Arabia’s capital city of Riyadh and is approximately 3,617 square feet, complete with special amenities such as showers, changing areas, hair dryers, and lockers.

13.  According to Shannon Hudson, founder and CEO of 9Round, “Fitness has not always been easily accessible for women in the Middle East, so I’m proud to say that 9Round has taken progressive steps to ensure that women in the region have the chance to experience 9Round’s fitness model. Since the new Saudi Arabia branch’s grand opening, its membership base has already surpassed 100 women. It is so rewarding to know that we are providing a new fitness outlet through which each of these individuals can now benefit from our effective kickboxing workouts.”

14.  Faisal Alfawzan and Abdullah Al-Munif of Al-Munif Holdings lead the ownership team behind Saudi Arabia’s first women’s-only 9Round. Since 2018, Al-Munif Holdings has been proactively working on developing women’s-only 9Round branches in various countries where cultural standards prohibit men and women from exercising alongside one another. As a result of these efforts, 9Round now has three of these women’s-only branches open and operating: one in Dubai, one in Kuwait, and the one just opened in Saudi Arabia.

15.  According to Heather Hudson, co-founder and COO of 9Round, “I’ve always been a huge advocate for people working out, especially women. I’m thrilled that our sophisticated franchise partners in the Middle East are going above and beyond to ensure that 9Round can help more women in this region feel more confident and powerful through kickboxing.”

16.  Beyond their efforts focused specifically on developing women’s-only locations, the master franchise agreement finalized in 2014 by Al-Munif Holdings confirms that the group will open more than 100 9Round branches across the Middle East. This projected commitment includes the 35 locations already open spanning throughout Saudi Arabia, Kuwait, United Arab Emirates, Lebanon, Jordan, and Turkey.

17.  9Round was founded in the summer of 2008 by Shannon Hudson and his wife Heather in Greenville, South Carolina. Hudson, whose nickname was Shannon “The Cannon,” was a former IKF Light Middleweight Kickboxing World Champion. Heather was also passionate about fitness.

18.  The Hudsons wanted to create a place where busy people, not unlike themselves, could go to get a killer workout without planning their whole lives around making a class time, or spending hours at the gym. At the time, the Hudsons already had a karate school and the 2008 recession had just hit, but they decided to take a chance on a new business venture.

19.  When 9Round first started, the Hudsons were the only two employees and they used the first location to test and revise every process and piece of equipment, from the gloves and heavy bags that would be used, to pad drills and the music that was played. After only a year, the Hudsons ended up turning that first location into the first franchise when they sold it to a member of the gym.

20.  By 2012, 9Round had grown to 100 locations. Two years later, in 2014, Lift Brands, one of the country’s largest health and wellness franchise companies, acquired a significant investment stake in 9Round, becoming its parent company.