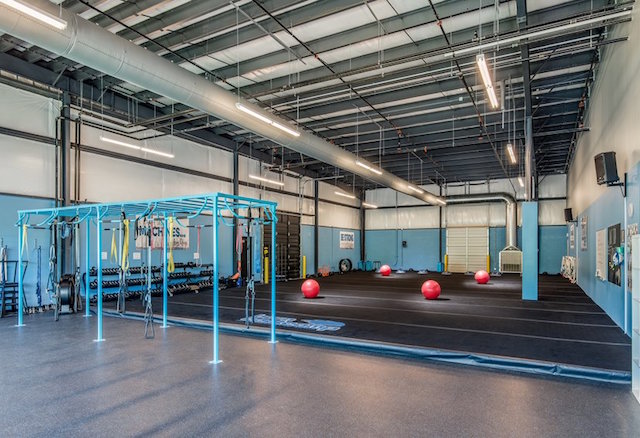 Eyes 300 Open Locations, and Franchise Agreements for Additional 300 Units, in 2019

1.  In mid-February 2019, Burn Boot Camp said that it was poised for major growth in the fitness franchise market with clear differentiation in the space. With females as its main demographic, Burn Boot Camp is focused on helping women better themselves so they can improve the quality care for their families and teach their children healthy habits from the start.

2.  The concept empowers women through a focus on mindset, nutrition, strength and burst training, and a strong sense of community. In addition to unlimited workout camps, members receive one-on-one focus meetings to set goals and nutrition guidance. Busy mothers can utilize the brand’s complimentary childwatch service to make working out more convenient.

3.  The concept quickly gained major traction in Charlotte, North Carolina. Requests from existing members led the Klines to begin franchising in February of 2015, starting with North and South Carolina. Just four years later, Burn Boot Camp had more than 185 locations open, 358 locations sold, and 64,000 clients. The corporate team plans to have at least 300 locations open by the end of 2019 with 90,000 members.

4.  Devan Kline, co-founder and CEO of Burn Boot Camp, said, “Burn Boot Camp is one of the fastest-growing fitness franchise brands. We own 100 percent of our brand, with no equity partners, and are committed to growing the brand without losing sight of our mission. The goals that we inspire members to achieve are not about losing weight or hitting a certain body fat percentage. The goals that we work with members to set are based on taking care of themselves so they can take care of their families. Our measurement of success is in creating healthy habits and to encourage members to continue coming to camps.”


5.  With plenty of prime territories available across North America, Burn Boot Camp is currently looking for qualified franchise partners wanting to make a difference in their communities in Texas, Arizona, California, New York, Florida, Washington, as well as Toronto, Ontario, and Vancouver, B.C.

7.  In the end, Burn Boot Camp is not just a franchise opportunity. It is a place where women can feel empowered to love themselves. According to Kline, “The culture of fitness today is completely broken. Only 16 percent of people have gym memberships. The industry is overlooking the underdogs and encouraging unrealistic body types. They’re not messaging toward the other 84 percent. We are different because we don’t follow any trends. We are a beacon of empowerment, and plan to spread our message through franchise growth.”

9.  In anticipation of her Grand Opening, Opfer hosted a Grand Opening Orientation Event on April 13 where prospective members were able to familiarize themselves with Burn’s camps and experience the life-changing fitness concept. Attendees at the Orientation Event met a special guest from HQ; franchise partner, Tammy; the location’s trainers and childwatch staff.

11.  Opfer, who worked for years in corporate America and most recently with telecommunications company Sprint, knew in early 2018 that the time had come to make a change. Her company was experiencing significant volatility amidst a possible merger with T-Mobile, and Opfer wanted to take charge of her direction while also embracing a role that allowed her to support other women, especially other working mothers.

12.  Burn Boot Camp’s focus on female clientele and eye on sustainable wellness – including lifestyle-friendly perks like 45-minute camps and complimentary childwatch – made the brand the perfect fit for Opfer.

13.  In Spring 2018, Opfer decided to transition from Burn Boot Camp member to franchisee. She signed on as the fitness franchise’s newest owner-operator in her new territory of Ahwatukee, Arizona, about 30 minutes south of downtown Phoenix, raising Burn Boot Camp’s unit count to 200 since the brand began franchising in 2015.

14.  Opfer added, “Burn Boot Camp is for every fitness level and every age group. If you can get to the door, we can take care of you from there.” Bolstered by her passion for the brand, Opfer plans to become a multi-unit owner once she establishes her first location, a testament to her commitment to open Burn’s doors to women everywhere.

15.  With Opfer opening the brand’s fourth Arizona unit, Burn Boot Camp is building on its momentum and preparing for explosive growth in the western U.S., targeting development in markets including California, Arizona, Washington, and Colorado. With open territories in all four markets, Burn Boot Camp is on track to grow by at least 300 to 400 additional units within the next two to three years. The franchise brand is already making strides toward its 300-unit mark, which the company plans to cross by the end of the year.

16.  Devan Kline, co-founder and CEO of Burn Boot Camp, along with his wife Morgan Kline, is looking forward to the brand’s continued explosive growth and momentum. Devan Kline said, “When Morgan and I started Burn Boot Camp out of a parking lot in North Carolina seven years ago, we could have never fathomed having 200 locations, including gyms in California and Arizona, within our first four years of franchising. This 200-mark opening confirms the strength of our offering and points to our aggressive franchise development trajectory.”

17.  Kline added, “We are planning to open at least another 200 units over the next two years, with more than 50 of those in the western U.S. We anticipate being very well-received in Arizona and beyond as Burn Boot Camp’s second-to-none offering spreads to influence thousands of members across North America.”

Raises More Than $500,000 Through Second Annual National “Be Their Muscle” Fundraising Event

18.  Near the end of August 2019, Burn Boot Camp teamed up with the Muscular Dystrophy Association for its fourth annual “Be Their Muscle” philanthropic event. The national fundraiser supports the MDA’s mission to transform the lives of kids and adults with muscular dystrophy, ALS, and related neuromuscular diseases that severely weaken muscle strength and mobility.

19.  Burn Boot Camps all across the country participated in the event, blowing past the fundraising goal of $500,000 to achieve a total of $523,690 raised to benefit the MDA and the MDA Summer Camps program, which provides a life-changing overnight camp experience to hundreds of children across the country living with neuromuscular disease.

20.  Devan Kline, co-founder and CEO of Burn Boot Camp, said, “We are thrilled with the results of this year’s fundraiser and the opportunity for Burn Nation to provide further support to MDA. Our nationwide Be Their Muscle event is designed to give children with muscular dystrophy and related neuromuscular diseases the opportunity to take part in a physical fitness activity and become a part of our Burn family. Our community has displayed an incredible level of support to those who inspire us to keep moving when they can’t.”

21.  Kline added, “The $523,690 raised through this event will send even more kids to camp at no cost to their families. The funds will provide programming options and activities which promote youth development, risk-taking and exposure to new experiences for the hundreds of children who attend MDA Summer Camps across the U.S. every summer.”

22.  Burn Boot Camp was founded in 2012 by husband and wife team Devan and Morgan Kline in
Charlotte, North Carolina. Devan Kline had always been into athletics as a way to cope with his tumultuous home life growing up. Kline met Morgan when he was just 12 years old and the couple grew up together.

23.  After college, Kline played professional baseball with the San Francisco Giants. Eventually, he left the Giants and created a women’s boot camp program called Lightning 900 in Florida, while Morgan moved to North Carolina to pursue her dream career with The Kellogg Company.

24.  While Kline stayed behind for a bit, he learned the ins and outs to create, start, and lead a business. Along with Morgan and a gymnastics studio that let them use their parking lot in North Carolina, Kline turned Lighting 900 into Burn Boot Camp.

25.  Initially, it was hard to find clients, but Kline worked hard to promote the business and fine-tune the program. By the end of that first year, Burn Boot Camp had generated 800 clients. After growing the business for a few years, the Klines decided to franchise the Burn Boot Camp concept in 2015. Within a few short years, the Klines sold more than 200 locations and the company anticipates having more than 1,000 locations by 2021.