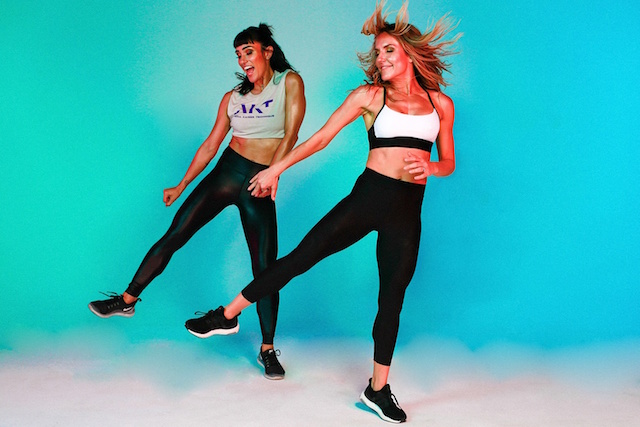 For the most up-to-date financial information, check out our latest FDD Talk post analyzing AKT’s average revenues, expenses, and/or profits.

14 Things You Need to Know About the AKT Franchise

1.  In mid-September 2019, AKT celebrated the opening of its first Colorado studio in Cherry Creek, Denver. The new studio marks the popular fitness brand’s inaugural franchise location and sixth overall. Since launching its franchise opportunity in 2018, AKT has secured over 75 signed franchise agreements and expects to open 25 more studios by the end of 2019, including locations in Detroit, Cincinnati, San Francisco, Charlotte, Boston, and a second studio in Denver.

2.  Melissa Chordock, president of AKT, said, “The opening of the first AKT franchise in Denver marks the beginning of an exciting new era for the company. We cannot wait for people across the country to finally experience AKT’s life-changing workouts firsthand, as well as the sense of community and inspiration that each studio cultivates.”

3.  AKT Cherry Creek is owned and operated by local entrepreneurs Shannon and Bruce Jaeger. The first franchisees to sign on with AKT, the Jaegers were hooked after their first AKT class and wanted to bring the same energy and excitement they felt to the Denver community. The Cherry Creek studio marks the first of three that the Jaegers will be opening in the Denver area.


4.  At the end of May 2019, AKT announced the signing of its 50th franchise agreement. This accomplishment puts AKT right in line to achieve its overarching growth plans to open 500 new locations by 2021. The recently signed agreements will bring AKT studios to states such as Arizona, Florida, Georgia, Washington, Nebraska, and Texas, where 10 new studios are planned. These deals will propel AKT into a nationwide brand with studios on the East Coast, Midwest, and West Coast.

5.  According to Melissa Chordock, president of AKT, “When we launched our franchise opportunity in September 2018, we knew that we were offering something very unique to potential investors and we have been extremely pleased with how well our brand has been received. AKT is quickly gaining popularity across the U.S., and we are excited for even more communities to experience our results-driven, life-changing fitness experience.”

6.  In mid-June 2019, Xponential Fitness, parent company of AKT and several other boutique fitness brands, announced the signing of a master franchise agreement for Saudi Arabia – a development which will bring more than 50 Xponential Fitness studios to the country over the next three years. Brands included in the development agreement are AKT, Club Pilates, Pure Barre, CycleBar, and YogaSix.

7.  After its initial overseas expansion which began with the signing of a large-scale deal that is set to bring 165 Club Pilates studios to Japan, Xponential Fitness has set its sights on further expansion outside the U.S. where, combined, the company has over 1,500 studios across eight brands, with another 1,000 in development.


8.  With the boutique fitness industry rapidly gaining popularity across the globe, now is the perfect time to introduce niche fitness concepts to the Middle East. The Xponential Fitness studios slated to open in Saudi Arabia will be female-only, in order to serve the growing population of women seeking fitness options in the wake of the country’s recent reforms.

9.  The Saudi Arabian development will be led by Sultan and Mohammed Alhokair, owners of the newly-established First Agility Company. Sultan Alhokair is deputy chairman of the Fawaz Abdulaziz Alhokair Company (also known as Fawaz Alhokair Fashion Retail), the largest franchise retail operator in the Middle East with more than 1,750 stores across 13 countries. Brands within their portfolio include Zara, Banana Republic, Mango, and Nine West, among many others.

10.  The Xponential Fitness expansion will begin with a five-brand flagship location in Riyadh, expected to open in October 2019.

11.  John Kersh, chief international development officer of Xponential Fitness, said, “This is an ambitious and unprecedented fitness project for the Middle East, and we believe the Alhokair family and their team will be outstanding partners for Xponential Fitness. The Saudi Arabian fitness market is poised for significant growth in the coming years, and we are excited for Xponential Fitness and our brands to play an influential role in its development.”

12.  AKT, which stands for Anna Kaiser Technique, was founded in 2013 by celebrity fitness trainer Anna Kaiser in New York City. The brand’s workout is based on the functional training technique developed by Kaiser, and features a combination of circuit training, HIIT, strength, toning, dance cardio, Pilates, and yoga. Kaiser already had numerous celebrity clientele before she decided to open a permanent AKT studio and expand the concept.

13.  By 2018, AKT had a few locations opened and the company was acquired by Xponential Fitness that year. At the time, Xponential already owned a few different boutique fitness brands including Club Pilates, CycleBar, StretchLab, and Row House. Under Xponential Fitness’ ownership, AKT has started franchising and opening new locations across the United States.