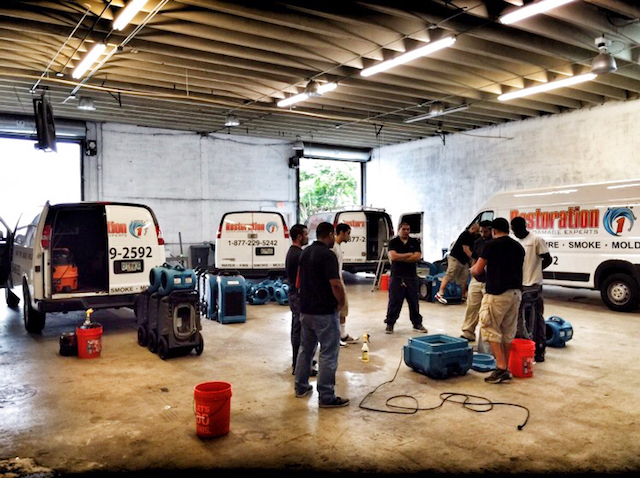 18 Things You Need to Know About the Restoration 1 Franchise

1.  Near the end of August 2019, Restoration 1 announced that the brand had opened its milestone 200th franchise location in Montgomery, Alabama.

2.  Gary Findley, CEO of Restoration 1, said, “Restoration 1 has experienced fast-paced growth over the past three years. Reaching 200 open locations is an important milestone for our entire network, and it truly shows the hard work everyone has put in to grow this brand across the United States. It’s an honor and a privilege to be a part of this family, and I look forward to continued growth and success.”

3.  Chad Wise is the owner of Restoration 1’s 200th location. He’s a veteran who served in the Army National Guard for seven years before entering into the civilian workforce as a general contractor. He was looking into franchise opportunities that were in line with his building science background and that allowed him to use his current licenses.

4.  When he was introduced to Restoration 1, he knew it was the perfect fit. According to Wise, “Opening a Restoration 1 has been a great experience for me and the rest of my team. We’ve had great support along the way, and I look forward to providing this needed service to my local community.”


5.  Restoration 1 has experienced record-breaking growth with new members added to the leadership team, expansion into 37 states, and the acquisition of bluefrog Plumbing + Drain with more complementary service brands to come.

7.  In mid-October 2019, Restoration 1 introduced its first franchisee to also purchase complementary business, bluefrog Plumbing + Drain. Lance Ray opened his Restoration 1 location in 2017. In a short amount of time, Ray established one of the largest restoration teams in the system. Having experienced plumbers on his team already, he knew owning a bluefrog Plumbing + Drain was the next best step for his business.

8.  “When a leak turns into a small flood, you need a plumber to fix the leak and a restoration expert to clean up the mess,” said Ray. “Being able to own and operate both brands means I have the ability to serve my community throughout the entire process.”


9.  In 2016, Gary Findley became CEO of Restoration 1. One year later, he acquired bluefrog Plumbing + Drain with plans to aggressively grow the two businesses across North America.

10.  According to Findley, “It was our vision from the start that these two brands would work together, and Lance Ray has taken the first step in bringing that vision to life. And this is only the beginning as we plan for more franchisees to own and operate both brands in their community.”

Celebrates Expansion, Awards, and More in 2019

11.  At the end of January 2020, Restoration 1 and bluefrog Plumbing + Drain celebrated another milestone year filled with record-breaking expansion, awards, and more. Restoration 1 surpassed 250 locations, expanded into New Hampshire and Rhode Island, and ended the year with nearly 300 locations sold across 39 states.

12.  In addition, Lance Ray in Colorado Springs became the first franchisee to operate both a Restoration 1 and bluefrog Plumbing + Drain – setting the stage for future franchisees who plan to own and operate both brands in their communities.

13.  According to Gary Findley, CEO of Restoration 1 and bluefrog Plumbing + Drain, “The vision for Restoration 1 and bluefrog comes alive more and more each year. 2019 was a great year for both brands, and I credit that to our superior staff, hardworking franchisees and the entire network for continuing to take this organization to the next level.”

14.  Other highlights for the year included:

15.  “2020 will be a big year for us,” continued Findley. “I have no doubt Restoration 1 will surpass 300 locations and the bluefrog brand will continue to expand into new regions around the U.S.”

16.  Restoration 1 was founded in 2008 by Andor Kovacs in South Florida. Kovacs, who had immigrated from Hungary, had already owned and operated a restoration company with a friend, but had to start over when his friend pushed him out of the company. So Kovacs started Restoration 1 to win back his clients from his former friend.

17.  Kovacs started franchising Restoration 1 in 2010. The company’s growth over the next few years was slow. Gary Findley, the former CEO of Curves, took over as CEO of Restoration 1 in 2016. Findley had grown Curves from two locations to over 8,000 around the world, and wanted to do the same with Restoration 1.

18.  Immediately after Findley took over, Restoration 1 opened a record 75 additional locations by the end of 2016. Since then, Restoration 1 has continued to grow across the United States.