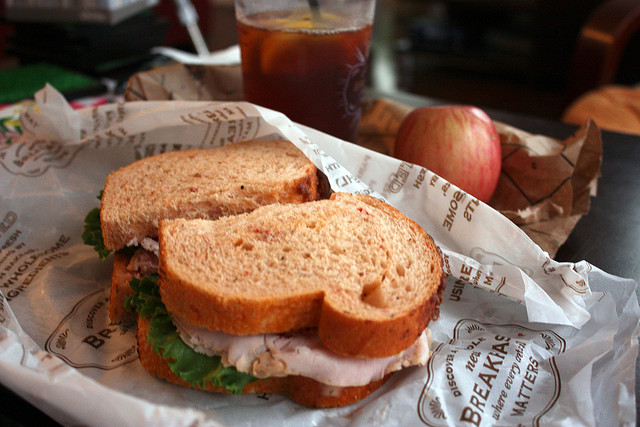 20 Things You Need to Know About the Panera Bread Franchise

1.  Near the end of April 2019, Panera Bread appointed Niren Chaudhary as president and chief executive officer, succeeding Blaine Hurst who retired from his role as CEO of Panera effective May 23, 2019. Hurst remains on the board of Panera and became vice chairman, and worked alongside Chaudhary after he joined the company in early May to help ensure a smooth transition into his new role.

2.  Chaudhary joined Panera from Krispy Kreme, where he had been the chief operating officer and president of Krispy Kreme International since 2017. Previously Chaudhary spent 23 years with Yum! Brands in a variety of executive positions. Chaudhary has more than 25 years of international corporate leadership experience in the food retail and hospitality industry, and brings broad experience in building brands and driving value through long-term growth.

3.  Oliver Goudet, Panera chairman and JAB managing partner and CEO, said, “We are delighted that Niren will become the new CEO of Panera Bread. Niren is a recognized industry leader with an impressive track record of establishing brands and leading companies to achieve growth in markets around the world. He is passionate about serving the people he works with as well as his customers, and has shown a keen ability to develop growth strategies that appeal to consumer needs no matter where they reside. These qualities make him perfectly suited to lead Panera into the next phase of global growth in the US and abroad, while maintaining its mission of doing good in the world and serving food as it should be.”

4.  At the end of February 2020, Panera Bread announced a new way to buy coffee with an unlimited subscription program. With the introduction of the subscription, Panera is the first national restaurant company to offer unlimited high-quality hot drip coffee, iced coffee, and hot tea for just $8.99 per month, making it accessible to all.

5.  According to Niren Chaudhary, CEO of Panera, “Coffee is an important daily ritual for so many – it can give you a dose of optimism – it lifts you up. We kept asking ourselves, why can’t it be more accessible, more affordable? Moreover, could unlimited coffee translate to unlimited optimism? Today, we’re changing the game for coffee drinkers across the country with our no compromises, unlimited subscription service – great coffee at an amazing value. We are eliminating the price barrier and the false choices between convenience and quality – between good coffee and craveable food. At Panera, there’s no more compromise – and your cup is always full.”

6.  A great cup of coffee can make a positive difference in your day – and now with MyPanera+ unlimited coffee – Your Cup Is Always Full. The new coffee subscription is available to members of MyPanera, Panera’s free loyalty program. MyPanera members can register for the subscription via the Panera website and mobile app. Sign-up via QR code also became available in Panera bakery-cafes nationwide beginning Monday, March 2.

7.  Chaudhary added, “From helping create the fast-casual category, to technology breakthroughs with Panera 2.0, to clean food – Panera has a history of industry-leading innovation that creates value for and adds to the guest experience. Panera is a challenger brand and with unlimited coffee we are disrupting the coffee business. We are challenging the status quo because we believe everyone deserves a full cup, literally and figuratively.”

8.  In the last year, Panera revamped and expanded its drip and iced coffee offerings, introducing new coffee blends, freshly ground every day and made from 100% Arabica whole beans including:

9.  Both coffee blends are available, along with Decaf and Hazelnut, as part of the new coffee subscription program. In addition to its revamped coffee offerings and in line with its commitment to plant-based options, Panera has also removed the upcharge for plant-based milk in all U.S. Panera bakery-cafes. Almond milk is now available on the coffee station free of charge, and the company is actively exploring adding other non-dairy alternatives.

10.  In late August 2019, Panera Bread announced the availability of its national delivery service for the first time through DoorDash, Grubhub, and Uber Eats. In addition to being able to order from Panera’s own app and website, consumers are now able to use all three apps to order Panera for lunch or dinner.

11.  Whether customers order via Panera’s app or through one of its partners, their orders will be delivered to them by Panera’s own delivery drivers in most markets. Through these new partnerships, Panera is creating more ways for guests to access their Panera favorites while still ensuring the quality Panera delivery experience the company has honed over the last three years.

12.  Delivery via the Panera app and ecommerce platforms remains in place and will continue to be a strong point of access for both new and existing Panera customers. Year to date, Panera’s platforms have driven more than 28 million delivery orders, resulting in delivery becoming 7% of Panera’s overall sales. In fact, the “bring your own courier model” is only possible because of the strong infrastructure Panera has established through its own delivery platform.

13.  According to Dan Wegiel, EVP, chief growth and strategy officer for Panera, “Panera has been a leader in the delivery market as one of the first fast casual concepts to offer its own delivery service. Today, through these partnerships, we are pioneering once again by being the first fast casual to launch the ‘bring your own courier’ model nationwide. The most important consideration for Panera is owning the guest experience – and making sure it’s a great one. These new partnerships are possible because we already have a fleet of delivery drivers and the infrastructure created to support increased demand. We believe this partnership model helps differentiate us from our competitors and will take our already successful delivery business to new heights.”

14.  Panera is now working to connect the brand’s industry-leading loyalty program – MyPanera – to delivery orders placed through the delivery partner sites. In the coming months, customers signed up for the MyPanera program will be able to earn visit credits toward MyPanera rewards when ordering through DoorDash, Grubhub, and Uber Eats. Panera and the three partners have also committed to supporting the partnership through robust marketing efforts in 2019.

19.  In the late 2000s, Panera Bread expanded into Canada and its North American growth continued over the next decade. By 2016, Panera Bread had 2,000 locations in operation and a year later the company and all of its assets were acquired by JAB Holding Company for $7.16 billion.