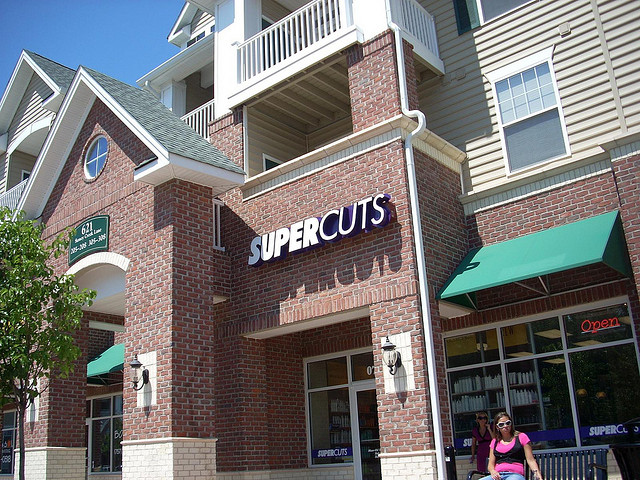 18 Things You Need to Know About the Supercuts Franchise

1.  In early July 2019, Supercuts announced the launch of a new brand campaign, part of its larger shift and investment in strategic marketing. The upcoming campaign stars highly accomplished actor Michael Kelly, who reminds us all to appreciate our most undervalued asset: our hair. The cross-channel campaign, created in partnership with TBWA\Chiat\Day Los Angeles, includes a series of films that leverage Kelly’s humor to highlight Supercuts’ own love of hair.

2.  Fueled by the insight that many men are caring more about their appearance than ever before, actor Michael Kelly humorously speaks to the importance of taking care of your hair – from the perspective of someone who no longer has it.

3.  The campaign underscores Supercuts’ commitment to providing the best salon experience at an affordable price. In fact, Supercuts stylists receive more initial training than others in the category. Every Supercuts stylist attends a paid, week-long program called “Hair Stylist Academy,” where they are taught a proprietary technique for cutting that delivers consistent, efficient results, but still allows for flexibility and creativity.

4.  Most of the training Supercuts stylists receive is conducted by a team of skilled Supercuts Artistic Directors whose entire job is committed to inspiring stylists and honing the quality and consistency of each Supercuts haircut or other services. Supercuts stylists also receive “on-demand” training through a mobile application so that they are skilled at delivering all the latest men’s and women’s hair trends.

5.  According to James Townsend, CMO of Regis Corporation (Supercuts’ parent company), “Supercuts has always challenged the notion that quality haircuts do not have to come at a high price. Right now, it’s as true as ever. While other brands in the category lean on gimmicks or price tactics, we’re laser focused on delivering the highest quality haircuts, from stylists who benefit from our amazing training and support ecosystem. We’re introducing an awesome new voice for the brand, and what better way to kick things off than with the unmatched talent and humor of Michael Kelly.”

6.  The campaign is part of a larger shift by Supercuts and parent company Regis to invest in marketing, technology, and merchandise that meet the needs of today’s consumer. In June 2019, Regis introduced a new technology, Opensalon App and Opensalon on Google, which enables customers to book salon services directly through Google Search and Google Maps via desktop or mobile devices, making appointment scheduling and check-in easier.

7.  Last year, Supercuts announced a multi-year partnership with Major League Baseball, a sport with cultural cachet and a media environment that strongly over-indexes with value-salon customers. These changes are part of an effort to reinvigorate the brand’s creative approach to marketing communications to resonate with consumers, and to establish the brand voice – and humor – in the value-salon category.

9.  Renato Fernandez, chief creative officer of TBWA\Chiat\Day Los Angeles, added, “This campaign allowed our agency to do what we love most: Identify the soul and voice of a brand that differentiates its business within its category. What we found in Supercuts was a playful, fun tonality that enabled us to bring humor to the concept of not taking your hair, or the value that Supercuts offers for granted, while still having a bit of fun connecting with the next generation of men who may face this reality one day.”

10.  In mid-June 2019, Regis Corporation, parent company of Supercuts, announced the profitable sale and transfer of 96 of its California-based Supercuts salons to the Moxie Management Group (Moxie), a portfolio company of a Spanos Barber Jesse & Co. (SBJ) managed fund.

11.  Eric Bakken, executive vice president, president of franchise for Regis Corporation, said, “We are delighted to broaden our successful relationship with the Moxie Group to facilitate the continued growth of our Supercuts brand in California. Moxie and SBJ not only bring proven experience with the Supercuts brand but also have an impressive record of performance with several other retail and consumer-focused companies. High-quality partnerships like this will help us grow and strengthen the Supercuts brand and our franchise portfolio.”

12.  Michael Stajer, CEO of Moxie, added, “We are excited to be meaningfully expanding our relationship with Regis. Our partnership with both Regis and SBJ will allow us to continue to expand our footprint throughout the U.S. while we carry-on Supercuts’ 40+ year heritage of providing affordable, high-quality haircuts in a convenient setting.”

13.  Hugh Sawyer, president and chief executive officer of Regis Corporation, commented, “We have been undergoing a multi-year strategic transformation at Regis, and an important element of that transformation is accelerating the growth of our asset-light franchise portfolio where it supports shareholder value and an emerging strategy for our business.”

14.  Supercuts was founded in 1975 by Geoffrey M. Rappaport and Frank E. Emmett in the San Francisco Bay Area of California. Emmett and Rappaport wanted to rework the business of cutting hair and turn it into something more streamlined and affordable. The idea behind Supercuts was to provide an inexpensive and quick haircut, without appointment and available to everyone – men, women, and children.

15.  To achieve this goal, Emmett and Rappaport developed an efficient hair-cutting technique that reduced the time required to complete a haircut to 20 minutes. The technique was simple enough that any hair stylist could learn it easily.

16.  After refining the Supercuts business model, Rappaport and Emmett opened the first Supercuts, which was an immediate success. Within a few years, Rappaport and Emmett opened additional stores and by 1978 they were ready to start franchising the Supercuts concept. Supercuts grew rapidly over the next decade and by the end of the 1980s, the chain had grown to the second largest of its kind in the country, trailing only Memphis-based Fantastic Sams.

17.  In 1987, a group of Chicago-based venture capitalists operating under the name Knightsbridge Partners purchased Supercuts from Emmett and Rappaport. For a while, Supercuts continued to grow successfully, but hit a rough patch in the mid-1990s. However, in 1996, the Regis Corporation – the largest operator of hair salons in the world – acquired Supercuts and steered the company into a new direction. Today, Supercuts is one of the largest hair salon franchises in the U.S.