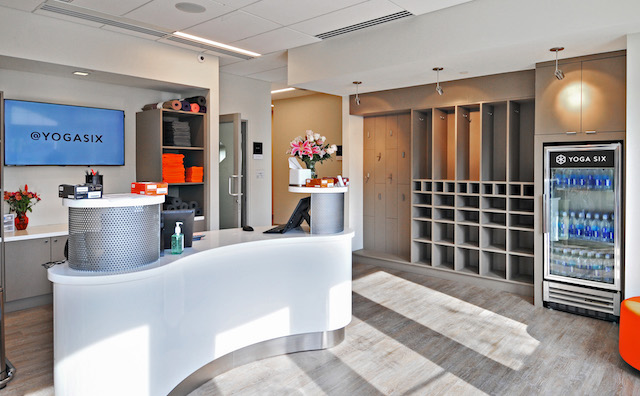 13 Things You Need to Know About the YogaSix Franchise

Extends Reach Across Nation with Launch of Franchise Opportunity

1.  In mid-January 2019, YogaSix announced the launch of its franchise opportunity. With seven open studios and another 50 units sold at the time of the press release, the brand is on pace to meet its goal of opening 300 locations across the U.S. over the next few years. Upcoming studio openings include Albuquerque, New Mexico which was slated to open in February 2019 and the brand’s corporate studio in Yorba Linda, California, set to open in March 2019.

2.  Backed by powerhouse boutique fitness curator Xponential Fitness, YogaSix aims to debunk the stereotype that often surrounds the practice of yoga and deliver its life-enhancing benefits to all ages, shapes, sizes, and genders. Utilizing modern language instead of Sanskrit and offering six core formats – Y6 101, Y6 Stretch, Y6 Slow Flow, Y6 Hot, Y6 Power, and Y6 Sculpt Flow – YogaSix’s classes are meant to encompass every fitness level, whether the focus is on deep stretching, stress relief, or breaking a sweat.

3.  According to Lindsay Junk, president of YogaSix, “Many people have come to see yoga as either exclusive, confusing or tiresome, but at YogaSix we are breathing new life into the practice. Our mission at YogaSix is to change the way people think about and understand yoga, and give them a mind-body experience that is empowering, energizing and most importantly, fun. As the boutique fitness industry continues to explode with vigorous, high-intensity workouts, YogaSix offers a unique business opportunity and the first of its kind in the franchising space. YogaSix delivers a workout from which anyone can benefit, so we’re excited to spread our take on yoga across the nation.”

4.  In mid-August 2019, less than nine months after announcing its franchise opportunity at the beginning of the year, YogaSix announced that it had signed over 250 franchise agreements, continuing to outpace its original objective of opening 300 locations in the next few years. With 35 studios already open, the franchise expects to keep entrepreneurs’ interest “flowing” and its national footprint growing.

5.  The recent franchise agreements will debut the brand in new cities including Boston, Miami, San Francisco, Austin, Dallas, Denver, and Des Moines to name a few. These locations complement the brand’s plans to expand YogaSix’s presence in untapped markets and be the nation’s leading yoga franchise.

6.  Lindsay Junk, president of YogaSix, said, “The rapid growth of YogaSix is a true testament to the strong tribe we’ve established throughout the past nine months and the incredible demand for a modern approach to yoga in the market. Our leadership and individual studio owners have built a space and community where people can go and feel excited about their yoga practice. We are humbled and thrilled to be sharing this inclusive concept by opening more studios across the country.”

7.  At the end of March 2019, YogaSix announced that it had signed an agreement that will bring five new studios to the greater Phoenix area over the next few years. As the demand for unique boutique fitness concepts advances, the yoga brand is setting out to revitalize the $30 billion fitness industry with six effective, low-impact, and strength-building classes.

8.  Growth in the coming months will be driven by franchise agreements slated to bring five studios to the Phoenix market. The new locations will be owned and operated by entrepreneur Mike Heidorn. In addition to Phoenix, YogaSix has recently announced several other franchise agreements in markets including Miami, Pittsburgh, Des Moines, and Seattle.

9.  Lindsay Junk, president of YogaSix, said, “With YogaSix already staking its claim as the one-and-only yoga franchise brand in the nation, we are confident that entrepreneurs will continue to get on board with this revolutionary brand. YogaSix is quickly gaining popularity across many markets, and we are excited for Phoenix to experience the brand’s fresh perspective on one of the world’s oldest practices.”

10.  YogaSix was founded in 2012 by Bill Koman in St. Louis, Missouri. Koman, the son of a former NFL linebacker, has always had a passion for fitness, although he spent most of his career in commercial development as president of the Koman Group, a real estate company. Koman began doing yoga when he developed lymphoma and found that yoga helped him take his mind off his battle against cancer. After overcoming his lymphoma, Koman decided to share his newfound love of yoga in a more consistent and higher-quality environment.

11.  Koman developed YogaSix as a high-end hot yoga studio concept – both heated and unheated classes are offered. Not long after opening the first studio in St. Louis, Koman opened a second location in San Diego, California. Over the next few years, Koman opened a few additional YogaSix studios in Chicago, Milwaukee, and Columbus, Ohio.