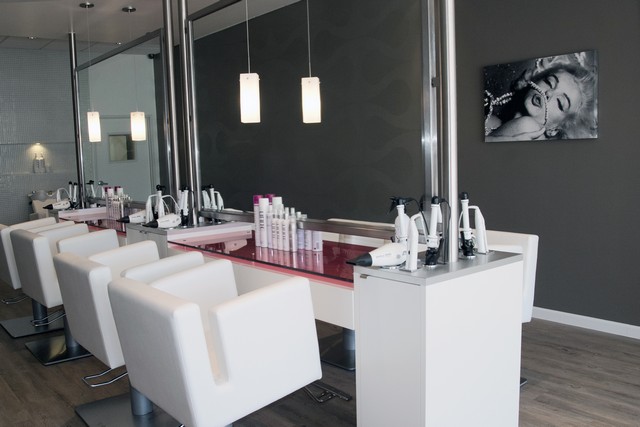 Achieves Significant Growth and Success in the First Quarter of 2019

2.  According to Vanessa Yakobson, CEO of Blo Blow Dry Bar, “We’re thrilled with the impressive strides we’ve made as a brand throughout the first quarter as we continue to expand Blo Blow Dry Bar throughout North America. Our commitment to consistently invest in our people and services has fueled the company’s ongoing growth and success, with both new and existing franchise partners helping to propel our development.”

3.  Blo has grown its northern footprint with the addition of two new bars in Manhattan, as well as new openings in Northern Baltimore; West Orange and Franklin Lakes, New Jersey; and two new locations in the brand’s hometown of Toronto. Atlanta welcomed a new bar in East Cobb, which marked the third of six locations slated to open in the greater Atlanta area in 2019. Additionally, Blo opened new bars in Denver and Chicago and also introduced its “no cuts, no color” concept to Iowa with the state’s first location in the Quad Cities.

4.  The company is further driving its franchise development with the signing of three franchise agreements that will bring new locations to several markets across the U.S. including Chicago, South Florida, and the Philadelphia metro area.

5.  Yakobson added, “Blo brings an affordable luxury to the communities we’re in and with a demand for the services and experience we provide, we’re accelerating development in new and existing markets. We’re eager to build on this momentum to make our catwalk-quality blow outs accessible to women worldwide.”

6.  In mid-September 2019, Blo Blow Dry Bar launched its annual Blo for a Cause initiative to raise money for pediatric cancer treatment and research. Throughout the month of September, Blo locations across the U.S. accepted donations for St. Jude Children’s Research Hospital. On Saturday, September 28, Blo Blow Dry Bar also donated $2 from each blow out to the lifesaving mission of St. Jude.

7.  “As a survivor of childhood Hodgkin’s lymphoma, this cause is very near and dear to my heart and as a company, we’re proud to advocate for pediatric cancer treatment and research,” said Vanessa Yakobson, CEO and partner of Blo Blow Dry Bar. “St. Jude has made significant strides in increasing the childhood cancer survival rate and we hope that our contributions will help support their continued efforts to end childhood cancer.”

8.  In addition to its fundraising efforts for St. Jude, Blo locations in Canada also accepted donations throughout September for its Canadian charity partners, Sick Kids Foundation and BC Children’s Hospital.

9.  Blo Blow Dry Bar first launched Blo for a Cause in 2016 and over the past three years, the company has raised more than $39,000 for pediatric cancer treatment and research. Blo Blow Dry Bar also accepted donations through its website.

10.  In early March 2019, Blo Blow Dry Bar announced the opening of its newest bar in Denver LoDo, marking the brand’s third location in Colorado, but first for the Denver area. Located at 1750 Wewatta Street, Blo LoDo rolled out the pink carpet for its March 22 opening and celebrated with $29 blow out specials throughout the weekend.

11.  Blo LoDo is owned and operated by multi-unit franchise partners Christopher Leno and John Hernandez, who also own the Blo Blow Dry Bar in Boulder which opened in 2018. With a background in customer service, business operations and development, and experience in launching brands in new markets, Leno and Hernandez are poised for success as they introduce Denver to the exceptional services Blo has to offer.

12.  According to Leno, “Over the past couple years, LoDo has attracted the interest of many, including ours. With the recent growth and demand for more beauty retailers to fill the void in this space, we quickly realized that this area was the perfect spot for us to open our second Blo location. The diversity in people, industries and culture is one of a kind and the reason why many move here, so we’re really excited to see Blo LoDo make an impact in this thriving community.”

13.  Vanessa Yakobson, CEO of Blo Blow Dry Bar, added, “Our team is excited to continue to grow our brand in Colorado with Christopher and John. Together they have great attributes that without a doubt will set them up for success in Denver.”

14.  Blo Blow Dry Bar was founded in 2007 in Canada by a mother and daughter business team. Under the original founders, Blo had grown to three locations. Around this time, the brand caught the attention of Ari Yakobson and his wife Vanessa Melman Yakobson. Although Ari Yakobson was initially skeptical about the blow dry bar business, after reviewing the numbers, he recognized that it was a viable business model.

15.  In 2009, the Yakobsons acquired Blo Blow Dry Bar and established a franchise system. Within a few years, Blo had grown to 50 locations around Canada and the United States. In recent years, Blo’s reputation has benefited from being mentioned by celebrity clientele on social media.

Next post: Q&A with Marty Flanagan, Vice President of MyFit18