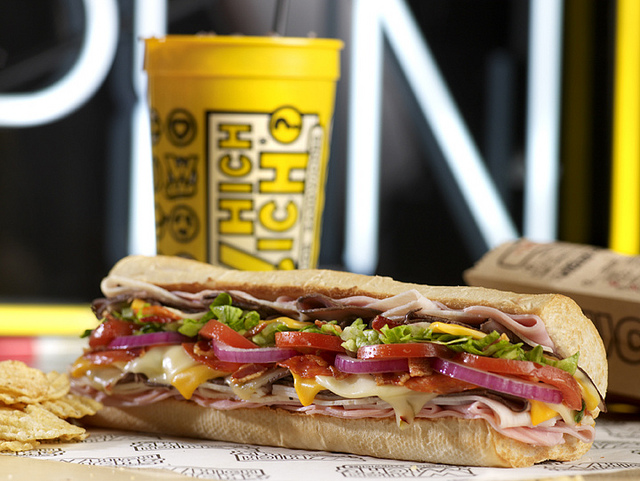 1.  In mid-September 2019, Which Wich Superior Sandwiches officially announced the promotion of Cherry Hearn to president of the company. Hearn brings to the role her experience as both a multi-unit Which Wich franchisee and general counsel for the brand, as well as an accomplished career as a CPA and attorney prior to joining the company.

2.  Hearn said, “The sandwich segment is more competitive than ever and as a 15 year old company, we are committed to evolving to meet our current and future customer needs. Being a leader in the segment means consistently reinforcing our franchisees’ trust in the leadership team and, as a former franchisee in the system, I understand the experience and the support required for Which Wich to win in the local markets that we serve. I am honored to take on this role and look forward to working with all stakeholders in the brand to keep building a strong future for Which Wich.”

3.  Hearn began her career as a CPA with her own firm in Austin, practicing for 14 years before making the decision to go to law school at the University of Colorado-Boulder and enter the legal field. After working for a commercial litigation firm in Denver, Hearn was recruited by Travelocity to move to Dallas and become the then-upstart company’s first intellectual property attorney.

4.  After her time at Travelocity, she set up her own practice in Dallas, which is how she first met Which Wich founder Jeff Sinelli, who only had three Which Wich locations open at the time. In a “David vs. Goliath” victory, Hearn won a trademark infringement case for Sinelli and Which Wich against a major fast-food company using the brand’s name.

5.  Hearn added, “Through preparing for that trademark infringement case, I learned everything I could about Jeff, the Which Wich brand and the state of the sandwich industry at the time. That research led me to believe that no one had the vision that Jeff had for a better sandwich experience. My husband and I decided we wanted to get in on the ground floor of Which Wich. It happened pretty quickly. I met Jeff in April 2005 and we had signed a franchise agreement by July.”

6.  Following the deal, Hearn moved to Austin and opened only the eighth Which Wich location at the time, ultimately opening two more locations in the years after. However, after Which Wich’s first international deal in 2011, and based on the company’s substantial growth in the previous years, Sinelli reached out to Hearn again – this time about joining the corporate team to lend her expertise to the increasing legal support needed for the growing company. Hearn sold her locations and moved to Dallas in 2012 to take on the role of general counsel, a position she would serve in for seven years, and register every trademark that Which Wich owns today.


7.  According to Sinelli, “Cherry has been a vital piece of the Which Wich puzzle since the very beginning and understands the DNA of our brand better than anyone else. I have full faith that we will continue to revolutionize the sandwich industry behind Cherry’s leadership and look forward to this next chapter in our journey.”

8.  In her new position as president, Hearn is immediately focusing on evaluating efficiencies and operations at the corporate level while also enhancing corporate support for Which Wich franchisees. She will work on strengthening relationships with third-party delivery service providers to improve integration and the company’s competitive edge in that growing space. Hearn will also focus on the company’s training program, attraction and retention of talent in a tight labor market, marketing efforts, and menu innovation.

9.  According to Hearn, “It’s our duty to continually ask ourselves, ‘What are more ways we can continue to be relevant to all of our customers?’ We are heavily invested in research into new menu options and making sure we understand our customer and who our customer will be in the years to come. There are a lot of challenges that our franchisees are facing such as increased competition and a tight labor market, so it’s important that they know and feel that a former franchisee has their back and understands those ups and downs. However, I also have a lawyer’s mentality so compliance is key for us to be successful. We have to make sure that all of our franchisees are operating in a way that benefits and has a positive impact for others in the system.”

10.  In mid-July 2019, Which Wich Superior Sandwiches announced that it was going to introduce French Fries to its menu, making it the first major sandwich chain to do so. Which Wich French Fries are crinkle cut, crispy, and perfectly salted – the ideal companion to enjoy with any of the company’s award-winning sandwiches. Customers also have the option of pairing their French Fries order with a side of Wich Sauce or the restaurant’s house-made buttermilk ranch.

11.  According to Jeff Sinelli, founder, CEO, and chief vibe officer of Which Wich, “Since the beginning, Which Wich has broken the rules and shattered the conventions of what to expect from a sandwich company. We’re doing it again with the introduction of our warm and crispy, savory salted crinkle-cut French Fries because, fry not? Grab a side of our zesty Wich Sauce or our creamy house-made buttermilk ranch for dipping and you have the perfect partner to enjoy with any of our world famous sandwiches.”

12.  The research and development team at Which Wich spent months perfecting the recipe for the new French Fries. After testing in select markets created a French Fry fervor among both new and loyal fans, the company launched the new side item at participating Which Wich domestic locations in mid-July 2019. (Which Wich locations in North Carolina are not currently offering French Fries.)

13.  The French Fries launch comes on the heels of an expansion of the Which Wich shakes line in Spring 2019. New shakes include Courtney’s Cake flavors Carrot Cake, Birthday Cake, and Chocolate Cake, as well as a new Courtney’s Cookie shake.

14.  Sinelli added, “Everything we do and every decision we make is based on our guests and how to keep enhancing the Which Wich experience for them. Our new French Fries give guests another reason to enjoy Which Wich and we have much more in store in the future to keep pleasing taste buds across the country.”

15.  In early February 2019, Which Wich Superior Sandwiches announced a new partnership in which PepsiCo became the exclusive beverage provider for more than 400 locations across the country, beginning in April 2019. In addition to iconic Pepsi-Cola, Which Wich customers will now have access to a curated offering from PepsiCo’s broad beverage portfolio, which includes fan favorites like Mountain Dew, Lipton, and Aquafina.

16.  Jeff Sinelli, founder, CEO, and chief vibe officer of Which Wich, said, “The innovative spirit of PepsiCo aligns with the brand personality of Which Wich and this partnership gives us the flexibility to explore and bring our guests a wider range of products and a richer Which Wich experience. We are as excited about working with PepsiCo as they are about working with us, which is important in a relationship and creates a strong foundation to do some amazing things together moving forward.”

17.  Which Wich and PepsiCo are also looking forward to bringing customers new culinary experiences utilizing PepsiCo’s Frito Lay snack brands, many of which are already found at Which Wich locations.

18.  According to Hugh Roth, chief customer and business development officer, PepsiCo Global Foodservice, “We are thrilled for the opportunity to partner with Which Wich, an inspirational company that is committed to their customers and brings a creative lens to everything they do. In addition to making our broad food and beverage portfolio accessible to Which Wich customers across the country, we are particularly excited to partner with the Which Wich team to leverage PepsiCo’s world-class design and insights-driven innovation capabilities to build exclusive new experiences and offerings for Which Wich customers.”

19.  Which Wich Superior Sandwiches was founded in 2003 by Jeff Sinelli, CEO of Genghis Grill at the time, in downtown Dallas, Texas. The sandwich chain is known for its ordering system, in which customers use red Sharpies to mark up pre-printed menus on sandwich bags. Customers are also encouraged to draw on their bags and hang their artwork up on each location’s community wall.

20.  Which Wich’s sandwiches and unique paper bag ordering system were a hit and franchising began two years later in 2005. The chain continued to grow over the next few years, primarily in the Southwestern and Western United States and by 2008, Which Wich had 50 stores open. Which Wich’s expansion throughout the U.S. continued into the next decade and the chain opened its first international stores in 2013 in Dubai, Mexico, and Panama.

21.  In 2016, Which Wich celebrated a major milestone with the opening of its 400th location. Today, there are Which Wich Superior Sandwiches stores across the U.S., Bahrain, Guatemala, Kuwait, Mexico, Oman, Panama, Qatar, Saudi Arabia, and the United Arab Emirates.