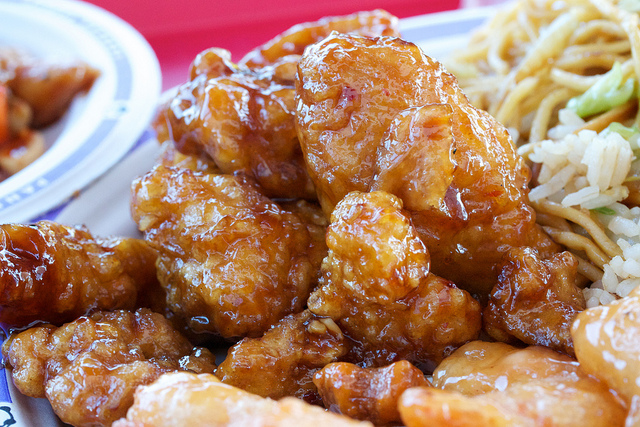 17 Things You Need to Know About the Panda Express Franchise

1.  In early May 2019, Panda Express announced that its U.S. locations are now serving beverages from The Coca-Cola Company’s broad portfolio of sparkling soft drinks, teas, and waters. In Q4 2018, Panda Express signed a multi-year agreement with The Coca-Cola Company to be the fast-food chain’s new strategic beverage partner and, together, the two companies completed one of the fastest beverage transitions in Coca-Cola’s partnership history.

3.  Dr. Peggy Cherng, co-founder and co-CEO of Panda Restaurant Group, said, “As a family-owned company, the relationships we create at Panda Restaurant Group are essential to the exceptional operating culture we have always been known for. Coca-Cola’s remarkable accomplishments as a brand and internally as a company motivate us to reach for our greatest potential and are bringing invaluable new ideas that will please our Guests for years to come.”

4.  Kathleen Ciaramello, president of Coca-Cola North America Foodservice and On-Premise, added, “Panda Restaurant Group is an exciting addition to the Coca-Cola family. They are a company committed to excellence and value, focused on bringing positive change to this world. This partnership is not only a strong collaboration within the food and beverage industry but also showcases how two brands uniting through collective values can create positive momentum for everyone involved.”


5.  In mid-July 2019, Panda Express introduced a new limited-time menu item, the Sichuan Hot Chicken. The new dish – which was tested in L.A., Seattle, Atlanta, Chicago, and Dallas last fall 2018 – was born out of a culinary trip to Chengdu, China.

6.  The goal with the new dish was to bring the spice from Sichuan peppercorns to the masses. Sichuan cuisine is one of eight major cuisines in China and chefs in the Sichuan Province of China use the peppercorns heavily. Jimmy Wang, head of culinary innovation for Panda Express, calls it “a culturally significant and iconic ingredient we’ve never used in our cooking previously.”

7.  Each order of Sichuan Hot Chicken comes with three tenders made with all-white-meat chicken breast and coated in a Sichuan peppercorn oil-based glaze. Customers can also order an extra spicy version of the tenders.

8.  To help spread the word about its newest dish, Panda Express hosted an interactive booth at this year’s San Diego Comic-Con (held from July 18 to 21) where convention-goers had the chance to sample Sichuan Hot Chicken for free. Additionally, the pop-up, appropriately named Pep-Pep’s Sichuan Hot Stop, gave visitors the chance to meet the restaurant’s new “spokes-pepper,” Pep-Pep the Sichuan Wonderpepper, and check out a new mobile experience that helped get Pep-Pep to San Diego.

9.  At the beginning of February 2019, Panda Express started its Chinese New Year celebrations with a party for its “House of Good Fortune” installation at L.A.’s Westfield Century City mall. Andrea Cherng, CEO of Panda Express, talked about how her family opened Pasadena’s Panda Inn more than 45 years ago and ended up creating a Chinese-American fast-casual chain that now has more than 2,200 locations (at the time). Then a panel, including actor Harry Shum Jr. of Crazy Rich Asians and Glee, discussed Chinese New Year, family, identity, and food.

10.  Following the panel, Cherng unveiled the brand’s special installation that aimed to put a different spin on Chinese New Year traditions. The interactive experience was similar to the other interactive food-themed experiences opening around the country and popular on social media, especially Instagram.

11.  Reservations for the free House of Good Fortune installation, which ran for about a week from February 1 to 5, were fully booked. However, people were welcome to try and walk in to catch a red envelope, pull “noodles” in the “room of longevity,” be the star of a lion dance, throw around giant mandarin-orange balls, and put a wish inside a lantern.

12.  According to Cherng, “It’s a beautiful way of almost creating a new Lunar New Year experience for the public. We talked about the sights and the sounds of a Lunar New Year parade. What is the modern equivalent? You get to be a part of it. Instead of watching a lion dance, you get to actually be in the lion’s head.”

13.  In addition to the House of Good Fortune installation, participating Panda Express locations gave away red envelopes on February 5 to celebrate the official start of Chinese New Year. Instead of the traditional gift of money, the red envelopes had coupons for a free chicken egg roll and drink.

14.  Panda Express was founded in 1983 by Andrew and Peggy Cherng at the Glendale Galleria Mall in Glendale, California. Andrew Cherng already owned and operated a Chinese food restaurant called Panda Inn, which he opened with his father in 1973. Panda Express was developed as the fast food version of Panda Inn. Two years after opening the first Panda Express, the Cherngs opened a second store at another mall, the Westside Pavillion.

15.  In 1987, Panda Express Chef Andy Kao developed the chain’s signature dish, Orange Chicken. The dish was inspired by the traditional flavors of China’s Hunan Province and Orange Chicken is now available at nearly all Chinese food restaurants in the U.S.

16.  During the 1980s and 1990s, Panda Express continued to grow across the country, becoming a mall food court staple. The Cherngs also opened Panda Express locations in grocery stores and eventually developed stand-alone locations. Since then, Panda Express has expanded around the world and there are now restaurants across the U.S., Canada, Puerto Rico, Guam, Mexico, South Korea, the United Arab Emirates, Japan, Guatemala, El Salvador, Aruba, Russia, and Saudi Arabia.