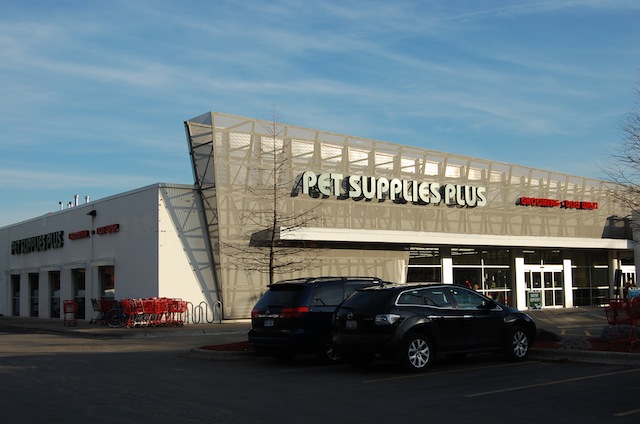 1.  In mid-December 2018, Sentinel Capital Partners announced that it had acquired Pet Supplies Plus (PSP), the third-largest pet specialty chain in the U.S. and the largest “independent” pet specialty operator. Terms of the transaction were not disclosed.

2.  Marc Buan, a Sentinel principal, said, “PSP is the #1 pet franchise system in the U.S. with an expanding footprint and a large white-space opportunity. The pet industry is very attractive due to its stability, growth, and passionate consumer base. PSP has a strong position in the pet retail segment and a very loyal customer base. Led by a highly committed and talented management team, PSP has delivered consistent performance and steady growth. We are excited to partner with PSP during the next phase of its growth.”

3.  Chris Rowland, CEO of Pet Supplies Plus, added, “PSP combines the convenience, expertise, and high-touch experience of a local neighborhood pet store with the curated selection and value of a national player. We look forward to partnering with Sentinel, a firm with deep franchising expertise, to help us drive revenue growth and geographic expansion.”

4.  In late June 2019, Pet Supplies Plus announced that it had welcomed 46 new franchise store deals in the first half of 2019. Twenty-two new agreements represent the 46 locations and Pet Supplies Plus has attracted franchisees from varying backgrounds: former corporate executives, military veterans, entrepreneurs, and even an independent pet store owner who is converting to become a Pet Supplies Plus owner. To further validate the strength of the brand, four franchise brokers, who are most familiar with quality franchise opportunities, have signed on to open their own Pet Supplies Plus stores.


6.  Pet Supplies Plus is attracting franchisees from all walks of life because they see that the convenience model and neighbor-centric company culture is validated through the brand’s strength across its 460 locations. With a passion for pets and a fun environment, people want to own and operate a Pet Supplies Plus because it’s a career that doesn’t feel like work.

7.  Franchisees join Pet Supplies Plus to gain best-in-class corporate support, benefit from the impressive average unit volume (AUV), and be a part of the pet industry that reportedly has year-over-year growth even during periods of economic decline, according to The American Pet Products Association.

8.  Chris Rowland, CEO of Pet Supplies Plus, said, “We consistently add 30 stores a year, in part because franchise candidates know our tagline, ‘Minus the hassle,’ also refers to our franchise opportunity. We ‘minus the hassle’ out of business ownership and handle the back-office duties like merchandising, marketing, supply chain, promotions, pricing and managing social media allowing our franchisees to focus on what they love to do – engaging with neighbors (a term Pet Supplies Plus uses for customers) and building strong store teams.”

9.  Steve Murphy currently owns Pet N’ More in Palm Harbor, Florida, and is the second independent business owner to convert his successful pet store into a Pet Supplies Plus. Knowing the ins and outs of the pet retail world, including its challenges with competitive pricing and the pressures of e-commerce, he and his wife Raffaela realized how the extensive support provided by the established franchise would take their business to the next level.

10.  The Murphys follow Bill and Sharon Hannon, who converted their 10-year-old independent pet store into a Pet Supplies Plus in Pen Argyl, Pennsylvania in 2017, and increased year-over-year sales by 23 percent.

11.  As a franchise broker and one of Pet Supplies Plus’s newest franchisees, Michelle Lambert knows a thing or two when it comes to franchise opportunities; on a daily basis she researches countless franchise concepts and recognizes strong franchise opportunities. Michelle is especially excited to be a part of the Pet Supplies Plus pack because it allows her to be an even greater advocate for causes in which she is actively involved, like Leader Dogs for the Blind.

12.  Rowland added, “The franchise broker community has shown interest and made personal investments in our brand, and that speaks volumes to the credibility of the Pet Supplies Plus franchise offer, corporate support provided and systems we’ve set in place to ensure success in the pet retail industry.”

13.  At the beginning of April 2019, Pet Supplies Plus announced that the brand planned to celebrate National Pet ID Week (April 14-20) by offering discounted microchipping services and name identification tags. During the promotion, pet owners were able to receive the microchipping service for $7, a fraction of the typical cost, in addition to 50% off ID tags for their pets with a purchase of a pet collar.

14.  During this time, participating Pet Supplies Plus stores nationwide partnered with VIP Petcare to offer microchipping vouchers to customers with any in-store purchase of $30 or more. Customers received their voucher for discounted microchipping April 14-20, while supplies lasted, at their nearest Pet Supplies Plus store. Each voucher was for the special discounted rate and was valid through June 3, 2019.

16.  Chris Rowland, CEO of Pet Supplies Plus, said, “Our neighbors and their pets are like family whether they’re in our stores or around our communities, so we feel strongly about investing in their well-being. It’s truly unfortunate when we hear of a situation where a pet is lost so we’re working to increase the chances of pets reuniting with their families in such an event. It’s absolutely necessary that our neighbors have affordable access to microchipping and pet ID tag services, and hope that our partnership with VIP Petcare boosts microchipping rates nationwide.”

17.  Pet Supplies Plus was founded in 1988 by Harry Shallop and Jack Berry in Redford, Michigan. Shallop and Berry designed the shop using the grocery store model. According to Pet Supplies Plus, it was the first pet store to feature wide aisles and neat, well-stocked display shelves. This new retail pet shop concept was an immediate success.

18.  The first franchised Pet Supplies Plus store opened in 1989. Within five years, Shallop and Berry had opened 30 stores primarily in the eastern United States and by 1995, there were 100 locations around the country. Over the next few decades, Pet Supplies Plus continued to grow and by the early 2000s, the chain had grown to 200 stores.

Previous post: 22 Substantial Fees Every Pet Supplies Plus Franchisee Needs to Know About