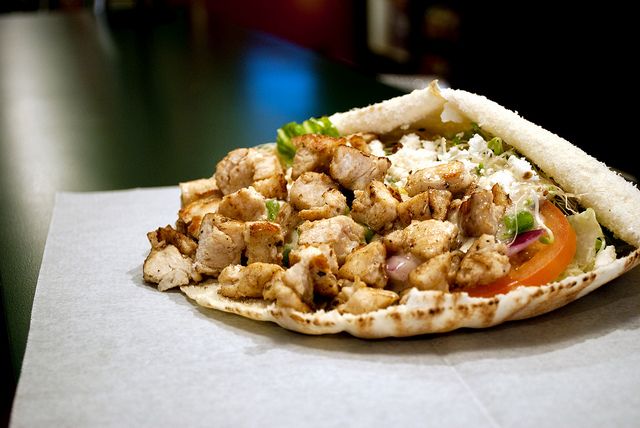 17 Things You Need to Know About the Pita Pit Franchise

1.  To kick off 2019, Pita Pit announced that it would be highlighting a lighter version of customers’ favorite pitas. Customers who are looking to start the year on the healthier side, specifically those trying to lower their carbohydrate intake, can opt for a leafy green base in lieu of the classic pita bread and still stick to tried-and-true menu staples or customize away. By keeping menu offerings ready-to-assemble and opening the door for healthier choices, Pita Pit is embracing the market trend of on-the-go wellness.

2.  Doug Reifschneider, vice president of marketing for Pita Pit, said, “It’s a great opportunity to enjoy the same great tastes in new forms, and to experiment with fresh flavors, all without having to invest the time in a traditional sit-down scenario. Guests can work toward New Year’s resolutions with our 19 different salad combinations and unlimited build-your-own options. An innovative menu that embodies healthy and fresh – that’s what Pita Pit is all about.”

3.  In addition to fresh salads, Pita Pit also offered a cool new sweepstakes opportunity called “Remixed Greens.” From the second to the fourth week of January 2019, customers were able to enter the sweepstakes on remixedgreens.pitapitusa.com by submitting their salad recipe using the provided list of ingredients. Submissions were closed on January 31.

4.  On the first week of February, eight winners were selected by a Pita Pit USA panel along the criteria of taste, appearance, and overall impression. Winners moved on to three rounds of public voting that ran from February 11 to March 1. The sweepstakes grand prize was $2,000, and the winner’s salad creation was offered as a “secret menu” item available to Pita Pit guests throughout the month of March.

5.  In the 20 years since its founding, Pita Pit has continued to evolve and sought to always offer better, healthier options to its loyal customers. In this vein, the brand can center both its customers’ taste for innovation as well as their love of the sandwiches that first established Pita Pit as a flavor-packed, on-the-go option.

6.  According to Chris Fountain, CEO of Pita Pit, “We always want to be offering our customers different ways to enjoy their favorite tastes. We know that our guests love having options, and we’re committed to providing a forward-looking menu that’s always expanding its offerings without ever trading in the classics. We want customers of all different tastes to find something they love at Pita Pit.”

7.  Near the end of July 2019, Pita Pit opened its first store in Hawaii in an 800-square-foot space on Kapahulu Avenue. Bill Wilfong, vice president of franchise development for Pita Pit, said, “With over 580 restaurants worldwide, Pita Pit is excited to open its first franchise restaurant in Hawaii and is looking for future expansion opportunities throughout the Hawaiian Islands.”

8.  The new Hawaii location is owned and operated by local chiropractor Justin Petersen along with his colleagues, Walter Campbell and Dwayne Engelbrecht, who serve as investor-owners. Petersen, who worked in restaurants before becoming a chiropractor, said that he’s always been a fan of Pita Pit and wanted to introduce the concept to the Islands as a convenient, healthy option.

9.  Petersen added, “As a holistic healthcare practitioner, I was attracted to Pita Pit with its great food that is also great for you. Their ‘fresh thinking, healthy eating’ motto really struck a chord with us.” Petersen explained that patients constantly ask him and his partners about general health-related issues, so they often advise people about the benefits of a good diet and how food is connected to overall well-being. But he knows that there are many barriers to following such advice.

10.  According to Petersen, “In today’s day and age, healthy eating can be hard for a lot of people. Busy people especially are looking for something a little quicker yet still healthy, and that can be a hard balance. So when we came across the Pita Pit model, we were just like ‘wow, this is cool.’ It’s healthy and it’s quick, so we wanted to get involved in it and now here we are.”

11.  This could be the first of many Pita Pits in Hawaii, as Petersen said he aims to open multiple locations throughout the state. He plans to open six stores over the next five years, including additional restaurants on Oahu, as well as on Maui, Hawaii Island, and Kauai. “We want to bring fresh, healthy, flavorful food choices to the people of Hawaii,” Petersen said. “Now when I’m asked where a healthy place to eat out can be found, the easy response will be Pita Pit,” he added.

12.  In early November 2018, Pita Pit announced that it was ready to foray into the South Indian market with its first restaurant in a new mall in Hyderabad. It is entering South India via Hyderabad-based Muvi Concept Restaurants, its master franchisee for South and West India. Pita Pit already has a presence in North India with 11 restaurants being operated in partnership with Mentor Hospitality, its master franchisee for North and East India.

13.  Virat Mohan, CEO of Pita Pit India, said, “Pita Pit has been well accepted and enjoyed by the North Indian market, especially the urban workforce. We expect the same positive feedback from the South Indian market as we intend to target the urban professionals especially the tech workforce and the health-conscious families looking for healthy and fun to eat alternatives.”

14.  Rashi Agarwal, managing director of Muvi, added, “We are looking at opening 50 restaurants over the next 3 years across 10 major cities in South and West India with focus on Bengaluru, Hyderabad and Pune, followed by Mumbai, Ahmedabad and Cochin.”

15.  Pita Pit was founded in 1995 by Nelson Lang and John Sotiriadis near Queen’s University in Kingston, Ontario, Canada. The business partners wanted to offer a healthier alternative to fast food restaurants. The fresh food concept was a hit and Pita Pit began franchising in Canada in 1997. Two years later, Pita Pit opened its first franchised location in the United States in Syracuse, New York. Expansion in both Canada and the United States continued over the next few years.

16.  By 2006, Pita Pit had 100 stores open and the brand expanded to other countries. Today, there are Pita Pit locations not only in Canada and the United States, but in other countries such as India, France, Brazil, Panama, Trinidad and Tobago, the United Kingdom, New Zealand, Australia, Singapore, United Arab Emirates, and Ireland.