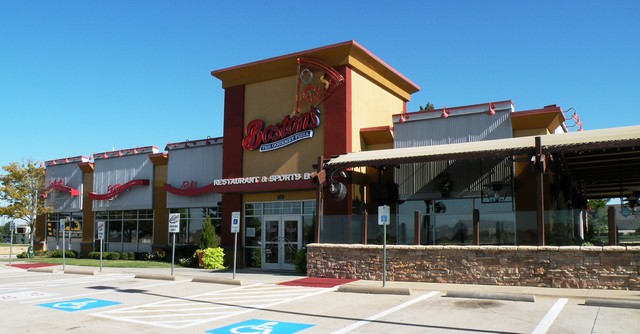 1.  In mid-April 2019, Boston’s Pizza Restaurant & Sports Bar unveiled its new strategic plan for record-breaking growth this year. The brand’s shifted focus towards a redesign of both menu and restaurant-build positions Boston’s for market dominance in 2019 and for years to come. The new approach incorporates significant upgrades to the franchise model – from the size and design of the restaurant all the way down to the menu itself, further positioning the brand for scalability and potential increased return on investment for franchise partners.

3.  Stores that have undergone renovations in the brand’s home base, Texas, have already seen significant increases in revenue – peaking at 22 percent growth. The renovation continues as four existing restaurants plan to undergo a refresh in the Northwest, Midwest, and Southeast by 2020.

4.  Additionally, Boston’s plans to launch a new menu sometime this year, centralized on the brand’s signature ingredient – its famous, made-from-scratch dough. The brand’s simplified menu not only homes in on a 50-year traditional recipe, but also lowers food costs for operators by emphasizing dough-based products, ultimately helping to boost return on investment. No stranger to innovation, the brand looks to continue taking innovative strides forward to refine operations and the franchise opportunity for current and potential franchise partners.

5.  Jeff Melnick, president of Boston’s Pizza Restaurant & Sports Bar, said, “The numbers behind our redesigned restaurants, menu and franchise development plans put Boston’s in a position for growth through franchising in order to be America’s best sports restaurant. We look forward to and are committed to seeking out the right franchise partners with a passion for the brand, its values and for making an impact on the community to help us do so.”


6.  In the last half of 2018, Boston’s sales growth was up 0.9 percent over the prior year, and same-store sales growth is budgeted to continue rising higher than the current industry standard during 2019. In addition to impressive sales growth projections, Boston’s strives to grow its footprint by 30 percent every year for the next three years in the United States.

7.  The brand is projecting to open six new restaurants in 2019 – five of which will be in brand new markets. These new restaurants will be followed by a projected nine and twelve new units respectively in the years following, putting Boston’s on track to more than double its footprint in the United States.

8.  Near the end of June 2019, Boston’s Pizza Restaurant & Sports Bar announced that it was focusing on its top-notch quality and gourmet menu items in a new innovative menu. Customers can now experience 80-plus items when they hang out with family, meet up to watch a game, or celebrate a milestone at the restaurant and sports bar. Over 20 of the menu items are making their debut at Boston’s after the gourmet pizza franchise studied market trends, collected guest feedback, and worked with industry experts to bring the new menu to life.

9.  Gourmet favorites like the Mama Meata pizza and the classic Barbecue Chicken pizza remain on the menu, but the brand’s goal of shrinking the size of the menu, making it easier to digest, led to some tough decisions where cuts needed to be made. To offset the removal of specific items, the brand shared recipes of the ones that didn’t make the cut on the brand’s national social media channels.

10.  Boston’s evolution in its core offering – pizza – also led to the brand partnering with CauliPower, a brand carrying some serious street cred that features delicious pizza dough made of cauliflower that is gluten-free and dairy-free.

12.  Boston’s is also offering healthier alternatives to match every lifestyle. The new Beyond Burger, a 100 percent plant-based burger patty which tastes like real meat, and the Quinoa Bowl offer customers healthier options while remaining true to the brand in offering food that is paired well with sports and family gatherings.

13.  For those looking to indulge, back by popular demand and to cap off a perfect summer meal, Boston’s has brought back the Chocolate Explosion, a creamy chocolate mousse with chunks of cheesecake, caramel, toffee, pecans, and almonds on a chocolate crust.

14.  According to Katie Borger, senior director of marketing for Boston’s, “It was important to us to make a ninety degree turn in our menu offering to begin with. Our menu rollout is part of an iterative process where we promise to bring more frequent and relevant innovation to our franchisees and guests. The landscape is too competitive for us to bank on pizza culture to carry us through. We need to be at the forefront of innovation without the gimmicks and ensure the passion we have for food and our age-old traditions of scratch-made dough really shine through to differentiate us as a brand.”

Launches Express Lunch for Customers on the Go

15.  At the beginning of March 2019, Boston’s Pizza Restaurant & Sports Bar introduced its new Express Lunch program for a limited time. From March 4 through May 6, customers dining in from 11 a.m. to 12:30 p.m. were able to experience a full-service lunch in 20 minutes guaranteed or the meal was free. By delivering new and loyal customers the promise of quality, affordable food at a fast pace, Boston’s aims to meet the needs of busy, working individuals looking for a quality meal in a timely manner.

16.  Katie Borger, senior director of marketing for Boston’s, said, “We need to make an impact at lunch by informing guests that we should be a part of the consideration set. We know consumers are looking for quality, value, and speed. Boston’s can deliver upon all three. In the busy world we live in, Boston’s is excited to be the source of great food, friends and fun – even if it’s only for twenty minutes.”

18.  In addition to the Express Lunch, Boston’s also offered a handful of deals accompanying March Madness. From March 17 to March 24, customers could get a pizza and a pint for $10.99. From March 25 to 31, during the Sweet Sixteen, customers could order a double order of boneless wings for $16. Lastly, during The Final Four from April 1 to 8, customers were able to order a large 4 topping pizza for $19.99.

19.  Boston’s Pizza Restaurant & Sports Bar began as Boston Pizza and Spaghetti House in 1964 when Greek immigrant Gus Agioritis opened a restaurant in Edmonton, Alberta, Canada. The first Boston Pizza and Spaghetti House restaurant was a success and Agioritis decided to start franchising the concept in 1968 after he was approached by Jim Treliving, a Royal Canadian Mounted Police officer. Treliving partnered with George Melville, a chartered accountant, to open numerous Boston Pizza locations in British Columbia.

20.  In 1978, Agioritis sold Boston Pizza to Ron Coyle, who ran the business for just a few years before selling the chain to Treliving and Melville in 1983. Under Treliving and Melville’s leadership, Boston Pizza grew throughout Western Canada. In the 1990s, Boston Pizza expanded to Eastern Canada as well as the United States. A U.S. headquarters was set up in Dallas, Texas and the U.S. name of the brand was changed to Boston’s The Gourmet Pizza and eventually to its current name, Boston’s Pizza Restaurant & Sports Bar.

21.  Boston’s Pizza Restaurant & Sports Bar has grown slowly in the United States, but the brand maintains a strong presence in Canada.

Part 1 – Statement of Average Sales of Top One-Third (7 Out of 20) Franchised Boston’s The Gourmet Pizza Restaurant & Sports Bar for the Year Ended December 31, 2018