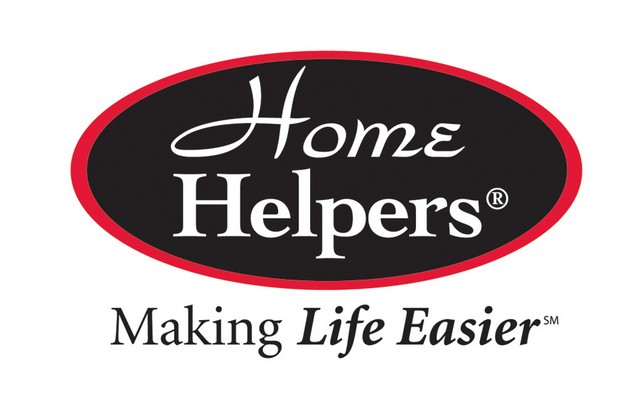 19 Things You Need to Know About the Home Helpers Franchise

1.  At the beginning of April 2019, Home Health Care News interviewed Emily Dickison, CEO of Home Helpers, to discuss the future of the company. Dickison said that filling out Home Helpers’ remaining white space in the U.S. market is one of her top priorities moving forward, as is growing the franchise internationally, and leveraging emerging technology tools to help clients age safely at home. The home care franchise network is also striving to become a preferred care provider for employers looking to help workers take care of aging loved ones.

2.  Dickison also talked about Medicare Advantage, which has become more flexible in terms of covering in-home services and supports, along with services tied to social determinants of health such as isolation and loneliness. According to Dickison, “MA providing some level of funding for home care services just began in 2019. This year is really a dip of the toe in the water for most. Of all Medicare Advantage plans, I think there’s something like 90 providing some level of home care benefits – and the benefits themselves are very limited. For example, 30 hours of home care and 124 transportation visits to-and-from doctors. I think the MA plans are figuring out what the benefit needs to look like. Some are sitting on the sidelines for now. ”

3.  Dickison predicts that Medicare Advantage won’t become a strong funder of home care services until probably 2021 and beyond. She added, “But we’re working with several of them as they’re looking to provide benefits. It’s mostly at the regional level where you see MA opportunities – three-state regions or something like that. As opportunities become available, we certainly intend to tap into that more. At the end of the day, our aging population wants to be kept at home. Anything we can do to help support that is critical.”

4.  In addition to talking about Medicare Advantage, Dickison discussed Home Helpers’ core growth strategy. Dickison said, “We rolled out our strategy in 2016 when I became CEO. We identified five main growth strategies at that point. Those haven’t changed. They’ve been refined somewhat, but haven’t changed drastically.”

5.  The company’s first goal is to support existing franchisees and help them grow in their communities. According to Dickison, “We do that in a variety of ways, whether that’s by looking for MA opportunities or working with national provider partners. We’re also working a lot on employment assistance programs right now. U.S. employers lose billions of dollars per year as a result of employees having to be either physically or mentally absent to take care of aging loved ones.”

6.  Home Helpers is also looking at organic growth as well. Dickison said, “We have a pretty strong network across the country; however, there are some markets where we have not awarded franchises. We’re looking for the right partners to fill out that white space.”

7.  She added, “We’re certainly planning to add additional services. We already have a nice breadth of care in the home, medical monitoring. We’ve added nutrition recently through a partnership. We’re doing what we call wellness checks in the home when we don’t have a caregiver in the home. I can’t go into great detail, but we’re in a pilot that would really differentiate us in the home care space. It would be a great model for all-around client care.”

8.  Home Helpers is also looking toward international growth while it continues to expand domestically. Dickison mentioned that the company is aiming to open its first international location sometime in the second half of 2019.

9.  In mid-October 2018, Home Helpers announced that it had joined the Military Spouse Employment Partnership (MSEP). Home Helpers was featured as an MSEP Partner in the Department of Defense (DoD) New Partner Induction Ceremony and Partner Meeting (titled “Partnership with a Purpose”) in Washington, D.C. The ceremony was held on October 16.

10.  MSEP was created by DoD in 2011 in response to a growing readiness issue. Military spouses have a 26 percent unemployment rate and a 23 percent wage gap compared to their civilian counterparts, according to the Partnership. The inability of spouses to obtain and retain fulfilling employment as they relocate compromises the quality of life of many military families.

11.  With locally-owned offices serving more than 900 communities nationwide, Home Helpers Home Care is uniquely positioned to offer military spouses transferrable skills in caregiving, service planning, coordination, marketing, supervising, and administrative roles. The company hopes that many of these military families will want to become Home Helpers Home Care franchisees themselves when they near separation from their Armed Forces career. Home Helpers has committed to adding thousands of veterans and military family members across the network.

12.  Emma Dickison, CEO of Home Helpers Home Care, said, “We’re honored to have been approved for MSEP membership. We know that the commitment to service and understanding of duty already make veterans and military family members among our most reliable Caregivers and some of our most successful owners. We’re very proud to continue our effort and tradition of working with the military and veteran communities.”

13.  In early June 2019, Phil and Michelle Nunn, a business leader and a Registered Nurse, announced the launch of their new Home Helpers Home Care franchise in Carmel, Indiana. Phil Nunn said, “We are a full service in-home care company and we specialize in helping families care for their loved ones so they can focus on spending quality time together. There are other companies that provide one or two of the services we offer, but when you work with Home Helpers, you can get end-to-end services that empower you or your loved one to live safely and comfortably wherever you call home without calling multiple care providers.”

14.  Phil Nunn added, “Michelle and I also really want Home Helpers to be a resource in this community. Even if you decide not to work with us, we want to be here to help make sure you have all the information you need to make the best decision for you and your family.”

15.  The Nunns were inspired to open their own Home Helpers franchise because of their experiences caring for their own family members. Michelle Nunn said, “While I was finishing my RN, my grandma, who was like a second mom to me, was diagnosed with colorectal cancer and ended up needing more care than hospice could provide. Before she was diagnosed, my grandma was living independently and even went back to school to get her CNA – she was an inspiration for me. I was fortunate enough to be able to help take care of her and my grandpa when he was sent home to live out the last few days of his life. These are my biggest inspirations to be able to continue to help others. I know not everyone is fortunate enough to always have that someone to help look after their loved one. We would love to be that someone for those in need.”

17.  After a decade of steady growth, Green brought in Emma Dickison, a former executive of both Blockbuster and Sylvan Learning Center, to help expand the Home Helpers brand even further. Dickison became president of Home Helpers and helped fuel the brand’s growth in the United States.

18.  In 2016, private equity firm Linsalata Capital Partners purchased H.H. Franchising Systems, Inc., which operates Home Helpers. As part of the transaction, H.H. Franchising kept its existing headquarters in Cincinnati, and Dickison and her management team stayed with the company. Additionally, Green stepped down as CEO and was replaced by Dickison. Today, there are Home Helpers locations across the country.

Next post: Q&A with Christin Myers, VP of Strategic Business for OpenWorks