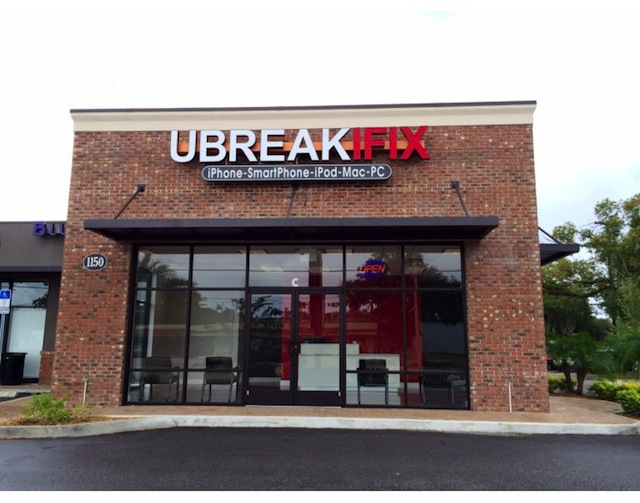 16 Things You Need to Know About the uBreakiFix Franchise

1.  In early May 2019, uBreakiFix announced that it had extended its partnership with Google to include in-warranty and out-of-warranty walk-in repairs for Pixel 3a and 3a XL smartphone models. Customers can bring any Pixel 3a or 3a XL device to any of the more than 450 uBreakiFix stores across the U.S. for same-day repair service (if a Google Pixel device is dropped off before 3:00 p.m. local time), with no need to book an appointment. uBreakiFix also provides authorized out-of-warranty walk-in service for Pixel, Pixel 2, and Pixel 3 series devices.

2.  Each uBreakiFix store is equipped with a committed team of Google-trained technicians to provide exceptional service to customers. In addition to walk-in repairs, customers who purchase Google’s preferred device protection plan can also get their phone serviced through all uBreakiFix locations when filing a claim.

3.  Justin Wetherill, co-founder and president of uBreakiFix, said, “We’re thankful to work alongside Google to offer a first-class repair experience for all Pixel users. Our brand was built to provide customers value in the form of quality and convenience. At uBreakiFix, we’re committed to keeping customers connected to the things and people who matter most.”

6.  In January 2019, uBreakiFix announced significant growth for the fourth quarter of 2018, boasting a total of 30 new stores and bringing the brand to 478 stores across North America. The brand opened a total of 129 new stores in 2018, marking 60 percent increase in growth compared to 2017.

7.  The quarter’s fastest growing market was Texas with seven new locations, bringing the state’s total footprint to 41 stores. Texas is now one of uBreakiFix’s highest volume states behind its home state of Florida, with 84 stores. uBreakiFix also marked significant growth in Ontario, Canada and Alabama, each with four new locations.

8.  Twenty percent of stores added in Q4 were previously independent tech repair shops that converted to the uBreakiFix brand. uBreakiFix welcomed a total of 27 store conversions in 2018.

9.  In November 2018, uBreakiFix announced a strategic partnership with TV manufacturer Element Electronics as the brand’s exclusive in and out of warranty repair provider, offering walk-in repair service for many Element Electronics TVs. With uBreakiFix, customers can enjoy television repairs in a matter of days, versus waiting several weeks for mail-in repair.

10.  Justin Wetherill, co-founder and president of uBreakiFix, said, “At uBreakiFix, we’re constantly pursuing partnership opportunities that will create value for our customers. We were excited to expand our television repair offerings in Q4 and grateful for the chance to do so with a like minded brand that shares our passion for putting customers first.”

11.  In the same press release, uBreakiFix said that it would continue this momentum into the first quarter of 2019. Between January 1 and March 31, uBreakiFix planned to open 30 new stores in markets across North America. The brand also plans to pursue new strategic partnerships and extend existing partnerships to better serve its customers.

12.  Wetherill added, “Our company was built so that people can spend less time waiting and more time connected to the things that matter. Our growth is not only a testament to the demand for our services but to our team’s commitment to executing at the highest caliber. We are incredibly proud of all that we accomplished in 2018 and look forward to another year of strong growth in 2019.”

13.  uBreakiFix was founded in 2009 by Justin Wetherill and his friends David Reiff and Eddie Trujillo in Orlando, Florida. Wetherill was inspired to start a smartphone repair business after he dropped his brand-new iPhone 3G on concrete and shattered the screen. Instead of taking the phone in for repairs, Wetherill felt that he could repair the phone himself if he had the right parts. However, Wetherill bit off more than he could chew and had to ask Reiff for help.

14.  After fixing Wetherill’s phone, they realized that there was a need for high-quality smartphone repairs. Wetherill and Reiff purchased broken iPhones and practiced fixing them. Eventually, they opened an eBay storefront offering iPhone glass repairs at a flat rate of $79.99. Demand for their services grew, and Wetherill and Reiff opened the first uBreakiFix storefront in the summer of 2009 with Trujillo.

15.  Within three years, uBreakiFix had grown to nearly 50 stores and Wetherill decided to start franchising the concept in 2012. Wetherill offered extraordinarily generous terms to store managers who wanted to become owners, charging them only one month’s worth of sales and financing the transaction at 0%. This helped fuel uBreakiFix’s initial franchise growth. Today, uBreakiFix has locations across the United States and Canada.