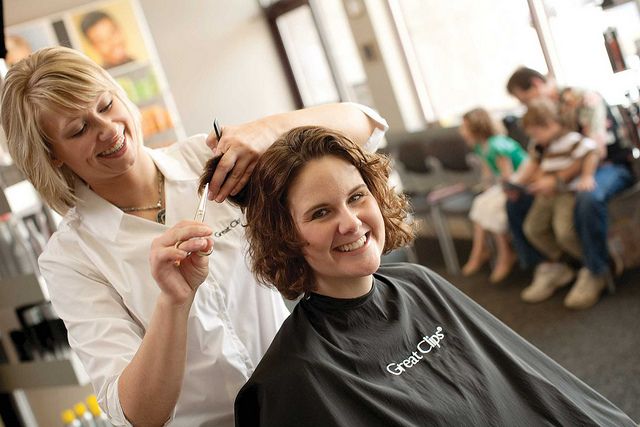 20 Things You Need to Know About the Great Clips Franchise

2.  Lisa Hake, vice president of marketing and communications for Great Clips, said, “We are excited to partner with the NHL and NHLPA as we highlight and celebrate the fun and unique hairstyles flowing throughout the sport of hockey. This partnership offers Great Clips another opportunity to connect with a passionate audience where they live and have fun, while demonstrating how our salons and their stylists can provide quick and easy haircuts to meet anyone’s style and personality.”

3.  For the second straight year, Great Clips brought back an online and socially-sharable voting campaign – LegendHairy Greats of the NHL. From the time of the announcement through the 2019 Stanley Cup Final in June, fans could visit the NHL website to vote for their favorite NHL player’s hairstyle and share their favorites on social media using #HockeyHair.

5.  The campaign was also featured in 4,400 Great Clips salons across the U.S. and Canada, in the Great Clips Online Check-in App, during game broadcasts, in arenas, and across the NHL and NHLPA’s social media channels during the 2019 Stanley Cup Playoffs. Fans can also pull inspiration from players and their hairstyles featured in the campaign when they visit their local Great Clips for a haircut.


6.  To celebrate the evolution and backstory of some famous hairstyles sported by NHL players, Great Clips also released a digital video series starring San Jose Sharks defenseman Brent Burns and Chicago Blackhawks defenseman Duncan Keith. The videos featured interviews and personal photos exploring each player’s various and evolving hairstyles throughout the years and what makes their #HockeyHair so special and unique.

8.  Sandra Monteiro, chief of global business strategies for the NHLPA, added, “Building off of our successful work together during the 2018 Stanley Cup Playoffs, we are extremely excited to see our relationship with Great Clips expand under this new partnership. With the unveiling of the new digital content series ‘LegendHairy Greats of the NHL,’ this partnership continues to showcase the players, their styles and personalities and capitalizes on their ability to connect with fans across North America.”

9.  At the end of January 2019, Great Clips announced that it is the official retail salon sponsor of the 2019 X Games, which includes X Games Aspen and X Games Minneapolis. As an official X Games sponsor, Great Clips received on-site branding spanning the X Games app and spectator guide, jumbotron, billboards, and athlete bibs at X Games Aspen, as well as a consumer-facing brand experience at X Games Minneapolis’ X Fest.

10.  Great Clips also received branding and integrations during X Games event telecasts on ESPN and on Xgames.com. Additionally, Great Clips provided fans with insights and commentary from some of the biggest names competing at the X Games through custom video content that aired on ESPN and online channels leading up to and during events in Aspen and Minneapolis.

11.  To kick off the new partnership, Great Clips partnered with four-time X Games medalist, James Woods, to learn more about his preparation for X Games Aspen and to document the skier getting a new haircut – courtesy of Great Clips – that made its debut in Aspen. An interview video featuring two-time X Games medalist and snowboarder, Sage Kostenburg, was also released during X Games Aspen with additional content planned for X Games Minneapolis.

12.  Lisa Hake, vice president of marketing and communications for Great Clips, said, “As the leading action sports competition, the X Games provide Great Clips with unique opportunities onsite, through telecast and online channels to connect with a passionate community of fans that celebrate style and personality. We look forward to showing fans of the X Games how Great Clips can cater to their individual needs and styles at any of our 4,300 salons, while showcasing how quick and easy a great haircut experience can be.”

13.  Andrew Messina, SVP of advertising sales for Disney, added, “We’re always looking for brands who want to take a traditional sponsorship to the next level. The X Games is more than an event, it’s a lifestyle, and we look forward to Great Clips being a part of it both in Aspen and Minneapolis.”

14.  Great Clips was founded in 1982 by David Rubenzer and Steve Lemmon in Minneapolis, Minnesota, near the University of Minnesota campus. At the time, most people received haircuts in one of three ways: in full-service salons, from barbershops, or at home, but Rubenzer, who was a stylist and businessman, recognized that the industry was changing.

15.  Rubenzer saw that customers were looking for a salon service that could fit their busy lifestyles and their desire for value. With help from Lemmon, Rubenzer developed the concept of a walk-in haircare salon with weekend and evening hours, offering customers a select list of services, and providing benefits to stylists.

17.  As Great Clips’ growth continued, Rhoda Olsen, Barton’s sister, was recruited in 1984 as a part-time training consultant to help create training manuals and programs for franchisees and stylists. Olsen joined the company full-time in 1987 as the vice president of human resources.

18.  Over the next few years, Great Clips continued to grow at a quick pace and by the end of the 1980s, there were over 150 locations across the U.S. Growth continued throughout the next decade and in 1997, Barton bought out his partners to become the majority shareholder of Great Clips. Barton continued to serve in various leadership positions within the company before becoming chairman of the board in 2011. Rhoda Olsen was promoted to CEO in 2011 and currently serves as vice chair of the board.

19.  Steve Hocket was promoted to CEO on January 1, 2018. Today, there are Great Clips salons all across the United Sates and Canada.