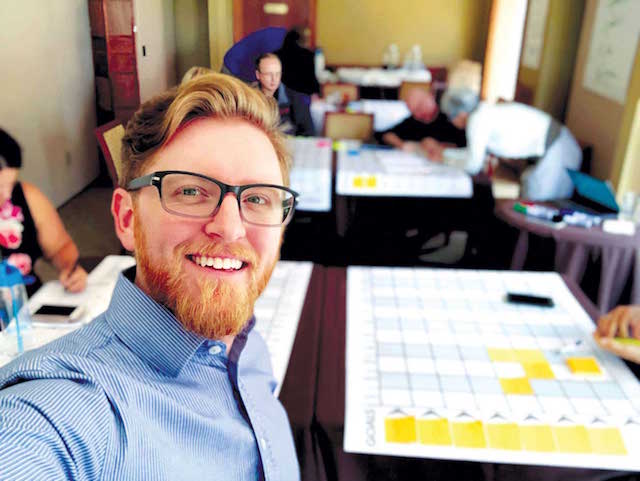 This annual list of the best business coaching and consulting franchises was revised and updated on June 11, 2021.

Business coaching and consulting is an industry that has grown hugely in recent years. Between 2011 and 2019, it went from employing around 75,000 people in the US to over 100,000. It’s the 10th ranked educational services industry in the country, providing advice and training to thousands of businesses every year.

The industry’s long-term growth has emerged naturally from two trends: a growing number of businesses and an increasingly sophisticated understanding of how a business can best be run. It’s not practical for most small and medium businesses to employ someone with all this expertise in-house, and even large businesses often find it more efficient to hire an outside specialist to advise or train managers and employees in specific areas. This means that a growing number of businesses want increasing amounts of support from business coaches and consultants.

Like many industries, business coaching and consulting took a significant hit from the 2020 COVID-19 pandemic and the economic downturn it triggered. With businesses closing down offices or in some cases closing down entirely, and with costs being cut due to falling revenues, the budget for outside support fell. Coaches and consultants shifted their work online so that they could continue to operate, but the industry’s revenues still fell by 7.5% in 2020.

With vaccination rates increasing and the economy starting its slow march into recovery, things are improving for business consultants and coaches, but the short-term prospects are still tough. Many of their clients can’t afford this sort of expenditure, which can be hugely beneficial in the long term but that isn’t an immediate necessity for a business to survive. The industry is expected to decline a further 0.2% in 2021, far less than in 2020, but is still not movement in the right direction.

The expected recovery of the wider economy should lead to better prospects for business coaching and consulting franchises over the next five years. Businesses need these specialist skills and support, in particular outsourced training in specialist and up-to-date business techniques. The economic ecosystem has adapted to expect outside companies providing short training courses and seminars, so there’s a natural space for these franchises to fit.

It’s easy to qualify for this work, given that there’s no central regulator and over 500 organizations around the world offering certification. That said, to acquire customers you’ll need to demonstrate your own capability, and to get the critical recommendations and repeat business you’ll need good results. That takes intelligence, people skills, and a solid understanding of the techniques involved. Be prepared to undertake some training yourself to get the business started.

The Top Business Coaching and Consulting Franchises of 2021

Founded by Brad Sugars in Brisbane, Australia in 1993 and franchising since 1997, the number of locations has been up and down in recent years and currently stands at 723 (down from the previously reported total of 790), of which two are company-owned and 580 are located outside the US.

2. The Alternative Board (TAB)

The Alternative Board (TAB) understands that most local businesses aren’t large enough to have a board of directors, and yet having that kind of group of experienced business people can be invaluable to a company of even the smallest size, perhaps even more so for small businesses.

The core offering of the company is the TAB Advisory Board (also called Mastermind Group). Local business owners meet on a monthly basis and act as a board (maximum size of 12 per group) to each participating business (that aren’t in direct competition with each other) led by a trained facilitator with at least a decade of upper-level business experience.

There is also one-on-one coaching, a global network of business owners to tap into, the company’s proprietary Business Builder’s Blueprint program, strategic business planning, and more. Considering the company’s recent growth, it has clearly hit upon something that works well.

Founded by Allen E. Fishman in St. Louis, Missouri in 1990 and franchising since 1996, the number of locations has been steadily climbing in recent years, from 121 in 2012 to the current total of 335 (up from the previously reported total of 315), of which 19 are company-owned and 205 are located outside the US.

The Entrepreneur’s Source takes a slightly different approach by billing itself as expert career transition coaching. Specifically, this service is geared towards people who are looking to exit their more traditional career and go into business for themselves (including franchise opportunities).

Whether a person is worried about “aging out” of their current position, aren’t making the kind of income they desire, feel adrift in their current career, are tired of corporate bureaucracies, or want to finally make a move on their dream of owning their own business, this company offers coaching to help people gain clarity about what’s next and making the transition into it.

The basic model used is called ILWE (income, lifestyle, wealth, equity) to define career goals and then create action plans to achieve them.

The Entrepreneur’s Source is part of Franchise Source Brands International, a collective that includes 10 other franchise companies in both related and unrelated industries. Founded by Terry Powell in 1984 and franchising since 1997, the number of locations has declined in recent years from a high of 296 in 2011 to the last known reported total of 104 in 2018, of which none were company-owned and two were located outside the US.

The Growth Coach company name says it all. This is a business coaching company highly focused on growing a business. The ultimate goal is not only to grow a business so that it will have much greater value when it’s time to sell, but to do so in a way that results in a better life.

Founded in 2002 and franchising since 2003, the number of locations has been declining in recent years from a high of 166 in 2012 to the current total of 63 (down from the previously reported total of 84), of which none are company-owned and 13 are located outside the US.

Franchise Creator is wholly focused on a particular niche, which is helping people who already have a company figure out how to franchise the concept. Rolling out a franchise program is no small feat, and there is a ton of work that goes into perfecting the model.

The first order of business is to carefully consider if franchising the concept is the right move and thoroughly identifying all potential issues before taking the plunge. From there, Franchise Creator can help with every important aspect of establishing a franchise program, including nailing down the operations manuals (and updating them as needed), evaluating marketing and sales performance to position the opportunity, generating leads on potential franchisees, and much more.

For a company that thinks it has come up with a business model that has franchising potential, this is the opportunity to achieve much greater success than trying to grow through only company-owned locations.

High Achievers positions itself as a coaching and advising opportunity that paves the way for business owners to experience a lifestyle of high achievement. Most people might be good at one or two different skill sets needed to make a business successful, but high achievement requires great skills in multiple areas, and the company’s Nexpert (“next expert”) Coaching program is aimed squarely at filling the gaps through one-on-one coaching with carefully selected coaches who have expertise and experience in the needed skills.

Another core offering is the Catalyst Mastermind Group that convenes monthly group meetings of around 10 business owners in order for each participant to gain insights and wisdom from their peers in the group.

Founded by David Alexander in 1998, this company just launched its franchising program in 2018. The company website currently lists three locations (down by three from the previous year) with two in Georgia and one in Tennessee. It also lists a Chicago location as coming soon.

Next post: The 3 Best Coworking Franchises of 2021 (Updated Rankings)