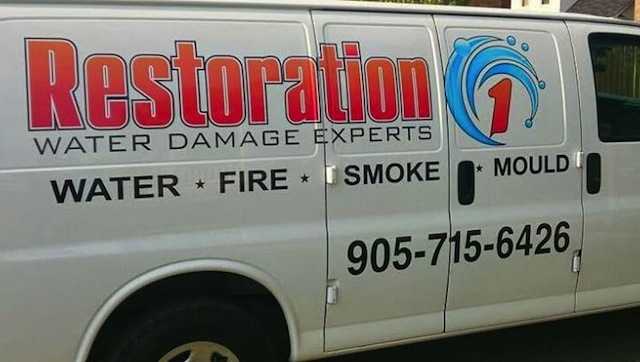 13 Things You Need to Know About the Restoration 1 Franchise

1.  In early February 2019, Restoration 1, the fastest-growing restoration franchise in the country, reflected on its record-breaking year and announced its plans for 2019. In 2018, Restoration 1 surpassed 200 locations, expanded into Alabama, Arizona, Kentucky, Nevada, and Vermont, and ended the year with a record-setting 249 locations in 37 states. Gary Findley, CEO of Restoration 1, said, “I credit our talented staff, our tremendous franchisees and our growing network of award-winning vendors for taking Restoration 1 to the next level.”

3.  In the same press release, Restoration 1 stated that its goal for 2019 is to have 300 locations open by the end of the year. Findley said, “It has been a tremendous year, and we have big plans for Restoration 1 in 2019. I look forward to watching the brand expand across the United States. I have no doubt that Restoration 1 will hit its milestone 300th location.”


4.  At the end of September 2018, Restoration 1 announced that the brand had sold its milestone 200th franchise location in Murfreesboro, Tennessee. Gary Findley, CEO of Restoration 1, said, “When I first got involved with Restoration 1, the brand was small but full of potential. This is an important milestone for everyone involved, but it’s also just the beginning. This business brings a unique opportunity for franchisees and it’s just a matter of time before we’re hitting our next milestone in growth. It’s an honor and a privilege to be a part of this family, and I look forward to continued growth and success.”

5.  Charles and Mona Presley, along with Jim Nephew, are the joint owners of the 200th location. All three owners went through training in November and opened the location in early December. Murfreesboro is the first of three franchise locations the owners will operate; Chattanooga and Athens will follow.

6.  In the same press release, Restoration 1 also mentioned that the company has experienced a record-breaking two years with new members added to the leadership team, the largest training class in history, expansion into 35 states, and the acquisition of a complimentary service brand, bluefrog Plumbing + Drain.

8.  In January 2019, Restoration 1 announced the addition of Tammy Biggerstaff as franchise consultant. Bringing over 10 years of industry experience to the position, Biggerstaff will play a key role in expanding the brand’s presence on a national level as well as create a disaster preparedness plan and assemble a disaster team for large loss throughout the storm season.

9.  Gary Findley, CEO of Restoration 1 and bluefrog Plumbing + Drain, said, “Restoration 1 has experienced record-breaking growth year after year and having Tammy as part of our team will only help to continue our expansion across the United States. Her experience and skills will be invaluable to our franchisees to help them grow and bring our services to people everywhere.”

10.  Prior to Restoration 1, Biggerstaff worked for four other restoration companies. Biggerstaff also worked in commercial and residential sales for nine years and for two years, she worked as a sales manager and franchise consultant. She said, “Restoration 1 has proved to be a top brand in franchising and in the restoration industry, and I’m excited to join the team. I look forward to playing a part in Restoration 1’s expansion as the brand continues to serve communities nationwide and achieve new milestones every year.”

11.  Restoration 1 was founded in 2008 by Andor Kovacs in South Florida. Kovacs, an immigrant and entrepreneur from Hungary, had started a restoration company with a friend prior to starting Restoration 1. After Kovacs was forced out of this company, he formed Restoration 1 with the goal of winning back the Florida market from his former friend.

12.  Restoration 1 began franchising in 2010 and grew slowly until Gary Findley took over as CEO in 2016. Under Findley’s leadership, Restoration 1 exceeded its franchising goals by opening 75 new locations by the end of 2016. At the time, Findley said that he hoped Restoration 1 would have a presence in all 50 states by 2017 and that the company would have 500 locations nationwide by 2020. While the company has not yet reached some of these goals, it has experienced record-breaking growth over the past few years.