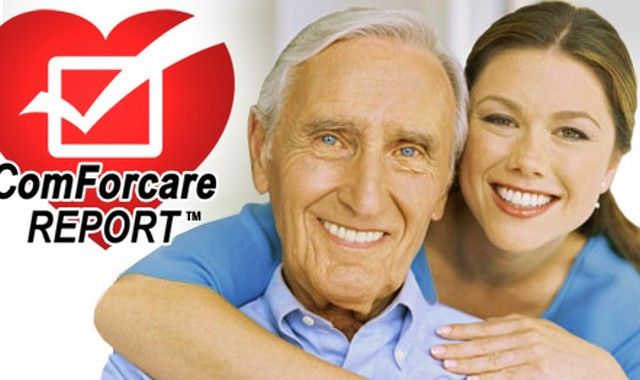 1.  In early December 2018, ComForCare Home Care rolled out private-duty nursing across the franchise system. The announcement was made at the company’s annual franchise conference, which was held in Dallas. The move is part of ComForCare’s strategic plan to add programs across the health care continuum to serve older adults in a more holistic way and is the latest in a series of developments that will allow for a more continual transition of care without disrupting the client’s lifestyle at home.

2.  At the time of the announcement, ComForCare said that only about 13 percent of its locations offered private-duty nursing, and those services are being met with rapidly increasing demand in those markets and across the system. Now, with a formal program in place, ComForCare’s goal over the next three to five years is to have every office obtain the infrastructure and accreditation to offer home care and private-duty nursing to its clients.

3.  Steve Greenbaum, CEO of ComForCare and At Your Side Home Care, said, “Private-duty nursing is the future of our business. We are aligning home care with the processes and standards of certified home health agencies to elevate the level of care we can provide our clients and broaden the reach and impact of much-needed services. Our goal remains to provide our clients with high quality care and to help them live their best life possible. This is one of those bold initiatives that will not only improve that experience and those services, but will also allow our franchise locations to serve a wider client population across U.S. and Canada in the months and years ahead.”

4.  Over the past year (throughout 2018), ComForCare’s headquarters had aggressively staffed and invested in the tools to support this new program. Emily Wiechmann, RN, BSN and clinical program manager for ComForCare, joined the organization in May to overhaul the private-duty nursing program in place and make it scalable for the entire franchise system. The expectation with this program is that existing franchise locations will advance their services to include this while future franchise prospects will adopt this expanded business model from day one.

5.  Wiechmann said, “Private-duty nursing requires highly complex, hourly care for patients with very acute needs to ensure they are safe in their own home. The goal is for every office to be able to accept clients across the entire age spectrum and have the skills to take on cases that require a higher level of care due to physical restrictions, illnesses or chronic medical conditions.”


Partners with Kindred at Home

6.  At the beginning of October 2018, ComForCare Home Care signed a preferred partnership agreement with Kindred At Home – the nation’s largest provider of home health and hospice services. The collaboration is part of ComForCare’s strategic plan to grow relationships with providers across the health care industry.

7.  According to Steve Greenbaum, CEO of ComForCare, “The use of home care and home health services will allow for seniors to stay in their own home longer and reduce costs associated with avoidable hospital admissions. Our goal remains to help seniors age in place, experience high quality care and continue to live their best life possible. In addition, returning home from an acute care stay with both home care and home health services available as needed reduces readmissions significantly and prepares the senior for a better recovery overall.”

8.  As part of the care collaboration, which will roll out across all shared markets over the next year, ComForCare and Kindred At Home will collect valuable de-identified health information and share those care outcomes with professionals and industry leaders in order to provide insights and learnings that may improve delivery overall.

9.  Derek Nordman, chief clinical officer of Kindred at Home, said, “We look forward to working with ComForCare in collaboration with physicians and health care specialists to care for patients in their homes across the country. The lower cost collaborative care model will be a benefit to local health care systems, accountable care organizations and the patient at the center of every care episode.”

10.  In September 2018, which was World Alzheimer’s Month, ComForCare Home Care celebrated the fifth anniversary of its DementiaWise program. This care enhancement program was created to care for people with all types of dementia including Alzheimer’s disease, vascular dementia, Lewy body dementia, and frontotemporal dementia, and consists of a proprietary curriculum that keeps clients calm, engaged, happy and functioning at their best.

11.  ComForCare’s DementiaWise program meets the Alzheimer’s Association Dementia Care Practice Recommendations in the areas of Alzheimer’s and Dementia Disease Awareness, Strategies for Caring for the Person with Dementia, Communications and Understanding Behavior, Social Needs and Activity, and Eating Well.

12.  Steve Greenbaum, CEO of ComForCare, said, “World Alzheimer’s Month is dedicated to raising awareness and challenging the stigma that surrounds dementia, something that ComForCare is doing everyday through DementiaWise. We launched this program five years ago, because we saw a need for our clients to feel supported while living with this condition and we are continuously looking for ways to improve the program and create more opportunities that allow our clients to age safely at home.”

13.  Under the DementiaWise program, ComForCare’s trained caregivers develop understanding and skills in the most effective care techniques. One of the programs under DementiaWise is Joyful Memories – a music program that brings memories to life through music recognition.

14.  Joyful Memories can be done in a group setting where seniors and their loved ones can gather together to sing and encourage movement through dance. It can also be a one-on-one meaningful activity where the ComForCare team builds a customized playlist based on a client’s life experiences and memories.

15.  Emily Wiechmann, RN, BSN, clinical program manager for ComForCare, added, “Our DementiaWise program works because it focuses on supporting remaining abilities instead of lost abilities. We also put a strong emphasis on personalized meaningful activities to keep clients engaged, encouraging purpose and reconnecting clients with the world around them, which supports our mission to live your best life possible.”

16.  ComForCare Home Care was founded in 1996 by Mark Armstrong in Bloomfield Hills, Michigan. The company provides in-home care and specializes in offering proprietary programs for people with Alzheimer’s disease and other forms of dementia. In 2001, ComForCare Home Care started franchising and expanded its presence across the United States.

17.  In 2017, ComForCare was acquired by The Riverside Company, a New York-based private equity firm with more than $5 billion in assets under management. At the time of the acquisition, ComForCare was Riverside’s first home care franchisor. For a while after the sale, founder Mark Armstrong stayed on as CEO before being replaced in early 2018 by Steve Greenbaum. Armstrong still holds a significant stake in ComForCare Home Care and is chairman of the board.