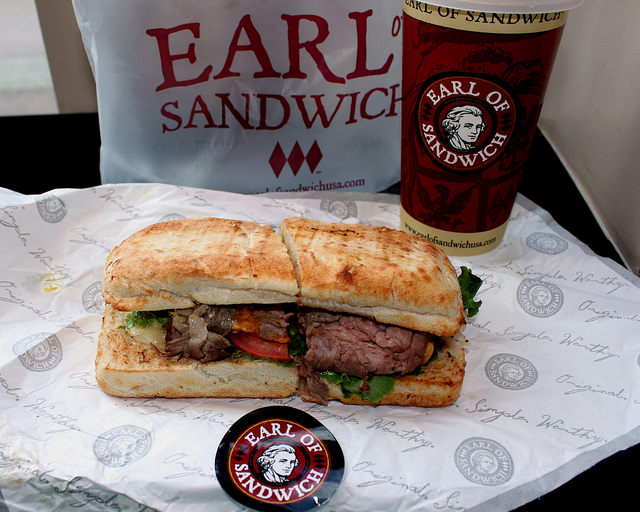 1.  At the beginning of October 2018, the Earl of Sandwich restaurant located in Downtown Disney in Anaheim, California reopened to the delight of the location’s many loyal customers, who were upset when the store closed in June.

2.  The Downtown Disney Earl of Sandwich closed when it lost its lease as part of a Disney plan to build a new upscale hotel on the site, which is adjacent to both Disneyland and Disney California Adventure theme parks. Construction was supposed to begin in July, but the hotel plans were put on hold indefinitely after the city of Anaheim and Disney could not reach an agreement over a tax rebate plan.

4.  Jim Stanley, president and CEO of Earl of Sandwich, oversaw the grand reopening of the location and said it was because of a “groundswell of support” from loyal customers and Disneyland cast members that the Anaheim branch reopened. Stanley said that the company had been talking to Disney about possibly opening up a pop-up restaurant on the site and perhaps later opening in the new hotel when they got a call asking if they’d be interested in reopening their former store in the same location. Luckily, he said, the only fixtures that had been removed were the picnic tables on the patio, with everything else still intact.

5.  The Anaheim store was historically the second-highest-grossing in the chain, after the flagship store at Disney Springs at Walt Disney World. The location served an average of 1,500-2,000 people per day, up to 3,000 on the busiest days. Stanley estimated that some 65 percent of the Anaheim location’s new staff members were actually returnees from the previous run.

6.  It remains unclear how long the Earl will remain in Anaheim, although talks have been underway about moving the Anaheim store to an as-yet-undisclosed location. Some fans hope that it will eventually reside in the new hotel, assuming it is ever built. As a final statement on the situation, Stanley said, “We’d just like to say thank you to all our loyal customers who talked to Disney about us. It’s gratifying.”

9.  To round out its holiday offerings, Earl of Sandwich also had a Peppermint Brownie for a limited time. The festive dessert features a soft gooey brownie topped with a sprinkling of peppermint candy on top.

10.  Earl of Sandwich was founded in 2004 by Lord John Montagu, the 11th Earl of Sandwich and his son, the Honorable Orlando Montagu, direct descendants of the 4th Earl of Sandwich, who is credited with inventing the sandwich. The Montagus partnered with Robert Earl, the founder and CEO of Planet Hollywood, to open the first Earl of Sandwich restaurant in Downtown Disney (now Disney Springs) on the property of the Walt Disney World Resort outside of Orlando, Florida.

11.  Earl of Sandwich began franchising in 2005. The first franchised location opened in Sugar Land, Texas and is owned by an investment group which includes Nolan Ryan and Roger Clemens (both former professional baseball players).