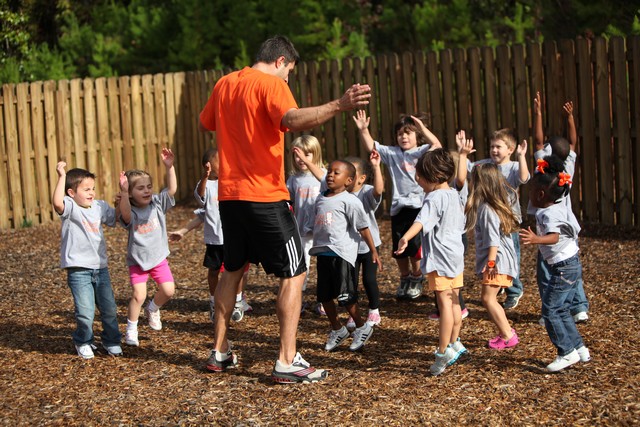 14 Things You Need to Know About the Soccer Shots Franchise

1.  At the beginning of April 2018, Soccer Shots unveiled its new 16,000 sq. ft. headquarters in Harrisburg, Pennsylvania. This joint venture between Soccer Shots Franchising and Soccer Shots Harrisburg/York is three times larger than its previous headquarters and is able to accommodate current and future staffing needs as the business continues to grow at a rapid pace.

2.  At the time of the announcement, Soccer Shots Franchising had three open positions and said that it was looking to grow its staff of 26 to more than 35 over the next couple of years.

4.  Justin Bredeman, CEO of Soccer Shots Franchising, said, “Our team is thrilled to unveil our new support center. We’re grateful to have reached a level that allows us to invest in our team, our franchise system and the local community through this facility. Soccer Shots has been, and always will be, about growth and positive impact. Our new space will further facilitate such growth, support and learning among our team, our franchise partners, and the children we serve.”


5.  Main features of the new headquarters include:

6.  In early December 2017, Soccer Shots announced that it had been named the official two to five-year-old soccer program of US Youth Soccer – the largest youth sports organization in the country with over 6,000 local clubs in 55 state associations.

7.  Justin Bredeman, CEO of Soccer Shots, said, “Soccer Shots is thrilled to partner with US Youth Soccer and be endorsed as the official provider of soccer programming for children ages two to five-years-old, an age group we’ve served since our founding in 1998. This mutually beneficial partnership will offer our operators an opportunity to build their existing programs or launch new ones, and help build USYS club membership. Most importantly, this partnership lays the foundation to increase participation in the sport among young children across the country.”

8.  This new partnership enables local Soccer Shots operators and local member clubs to form alliances and share resources to create a participant pipeline that begins with Soccer Shots’ curriculum-based program. Once participants age out of Soccer Shots – which currently has more than 110 franchise operators across nearly 40 states and Canada – they can move on to the club level for more competitive play.

9.  US Youth Soccer selected Soccer Shots to be the official provider of programming for this age group due to its curriculum-driven program that focuses on both skill building and character development. Soccer Shots’ program aims to impact children’s lives on-and-off the field through best-in-class coaching, communication, and age-appropriate curriculum designed by childhood education experts. Ninety percent of Soccer Shots participants are within the two to five-year-old age group.

10.  According to US Youth Soccer CEO Chris Moore, “Soccer Shots is one of the fastest growing franchisors in the nation and a recognized leader in child development soccer for boys and girls ages 2-5. Both of our organizations share a common mission, which is to impact and foster the development of youth through soccer. Therefore, there is a great opportunity and potential within this partnership to continue to spread the impact of soccer to an even larger group of people.”

11.  Soccer Shots was founded in 1998 by Jeremy Sorzano and Jason Webb in Charlotte, North Carolina. Sorzano and Webb had played soccer together in college and professionally and felt that there wasn’t a quality soccer program for kids under 8.

13.  A few years later, Jason Bredeman, another former college soccer teammate, became the third Soccer Shots partner. Bredeman brought with him eight years of experience from Auntie Anne’s, Inc., a pretzel franchising company, where he led a team that supported nearly 800 franchise units. Since then, Soccer Shots has grown across the United States and Canada.